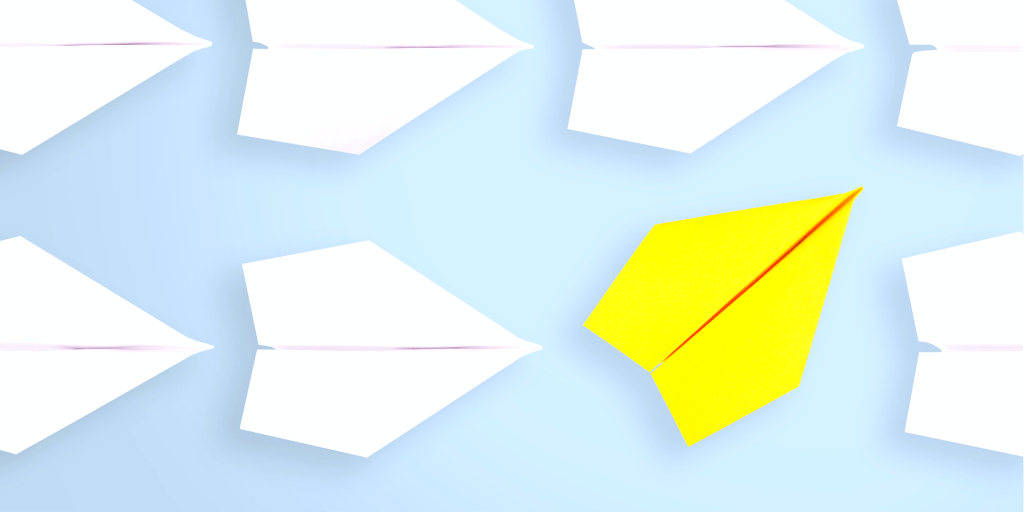 My name is Rachel, I’m 28 years old, and I’m autistic. I’m pretty sure that’s not the introduction most people would expect to hear when meeting me. In fact, it’s that invisibility that makes it all the more difficult for me to explain to people that I am, in fact, autistic.

Since autism isn’t particularly obvious to those who aren’t well-versed in its signs, the stereotypical symptoms are further perpetuated. You know the ones I’m talking about––the person (usually male) who’s painfully socially awkward and is a math genius. While those can definitely be traits of an autistic person, they don’t fit everyone.

There are some days when I’m glad that no one knows I’m autistic, but there are also days when I wish more people knew and that I wish I wasn’t so afraid to tell them. Therefore, in an attempt to shed some light on some of the quirky things about me that are actually because I’m autistic, here are five ways that being autistic affects me every single day.

I’m pretty sure most people hate change. Even Mary Shelley noted this in her novel, Frankenstein when she said, “Nothing is so painful to the human mind than a great and sudden change.”

But for those who are autistic, change is a bit more difficult. In a world that is so loud and bright and fast, we find solace in routine and the “known.” Most of us also struggle to “go with the flow,” so we like to have a carefully laid out plan for what we’re going to do.

Thus, when things change unexpectedly, this majorly throws us off balance. I have a lot of trouble adjusting when things don’t go the way that I expected them to, but that doesn’t mean that I need to have things my way, it just means that it takes a little while for me to wrap my head around new situations.

If I had a dollar for every time someone called me a picky eater, I’d be able to pay off my college debt. Am I the most adventurous eater that ever lived? Definitely not. But I’m really not that picky.

To me, a picky eater is someone who doesn’t like many foods, and more often than not, I like most of the foods that I try. The difficulty is getting me to actually try them. Many autistic people have difficulties with food for various reasons, but for me, it comes down to three main things.

First, I have a strong aversion to anything that’s hot. I really, really don’t like hot beverages, and I avoid hot foods like soup.

Second, I tend to get obsessed with new food. It comes in all shapes and sizes, and it doesn’t have to be elaborate or exotic (they never are). It’s often extremely random and usually rather juvenile (cut-up hot dogs on a bed of plain, white rice is one that comes to mind). Intense fascinations and obsessions like these are common with autistic people, and they often coincide with food. Because of this, I have to be careful to only eat foods that are okay to eat all the time because moderation is usually not an option.

And finally, I find comfort and security in certain foods. I think we can all use a little of that from time to time in this crazy world.

One of the most stereotypical facets of autism is difficulties with social interactions, and there’s a reason for that. Many of us struggle with reading facial expressions and social cues, which can lead to a whole host of fears and anxieties.

For example, I have a huge fear of making phone calls. I get a lot of slack for that because of my age (millennials only know how to text each other, right?), but there’s more to it than that. I legitimately freak out when I have to make a phone call, and that really limits what I can do. It’s possible that my fear of phone calls comes from the fact that I can’t quite tell what the other person is thinking or when it’s my turn to speak, and I worry that I’ve said the wrong thing. I feel like I’m flying blind, and that’s scary.

In my experience, there are two main reasons why autistic people may seem like they’re having trouble keeping up in certain situations: difficulty filtering information and slower processing speeds.

First, many people with autism have difficulties filtering out which information to pay attention to and which to discard as unimportant. Dr. Olga Bogdashina, co-founder of the International Autism Institute, is quoted as saying Autistics “seem to be unable to filter the incoming information and tend to perceive all the stimuli around them. Such ‘acute-perception’ brings overwhelming information the brain cannot cope with. As there is too much information coming in, it is hard to discriminate between relevant and irrelevant stimuli. What is background to others may be equally foreground to them” (2014).

Additionally, because of overtaxed processing, many autistic people can have a hard time keeping up in the classroom or in situations where quick decision-making is required. This is most certainly not due to incompetence, but, unfortunately, that’s the conclusion that many people come to.

Both of these issues can manifest themselves in many different ways, including missing nuanced social cues and difficulties in the classroom. For example, I didn’t do all that well in high school because I struggled to know what to pay attention to in class and what information to learn for a test. This all led me to feel bad about myself, but I have realized over time that I think differently than most people, but that doesn’t mean I’m lesser than they are.

Yes, I’m in my late twenties, and yes, I need to take a nap every day. I’ve found that unless you’re under 5, over 70, or pregnant, it’s generally pretty taboo to admit to needing a nap. But it’s not because I’m lazy or trying to avoid responsibilities; it’s literally what keeps me going.

The world is a bright, noisy, and emotionally draining place, and being part of that, even just for a few hours at work, can take it out of me. I need to sleep to escape the noise (both literally and figuratively), as well as to recharge and let my brain rest.

If taken at face value, any one of these things could be seen as a sign that I’m a weird person at best and a difficult person at worst. And I know I’m not the only autistic person who is viewed this way, which is really unfortunate. But I strongly believe that if people knew more about the little ways that being autistic can affect those who are, there would be significantly less stigma and misunderstandings.

More articles about: autistic, different not less, five things, how to be an ally, intellectual disability, listicle, sensory processing disorder, share with friends