My Autism Diagnosis at Age 25 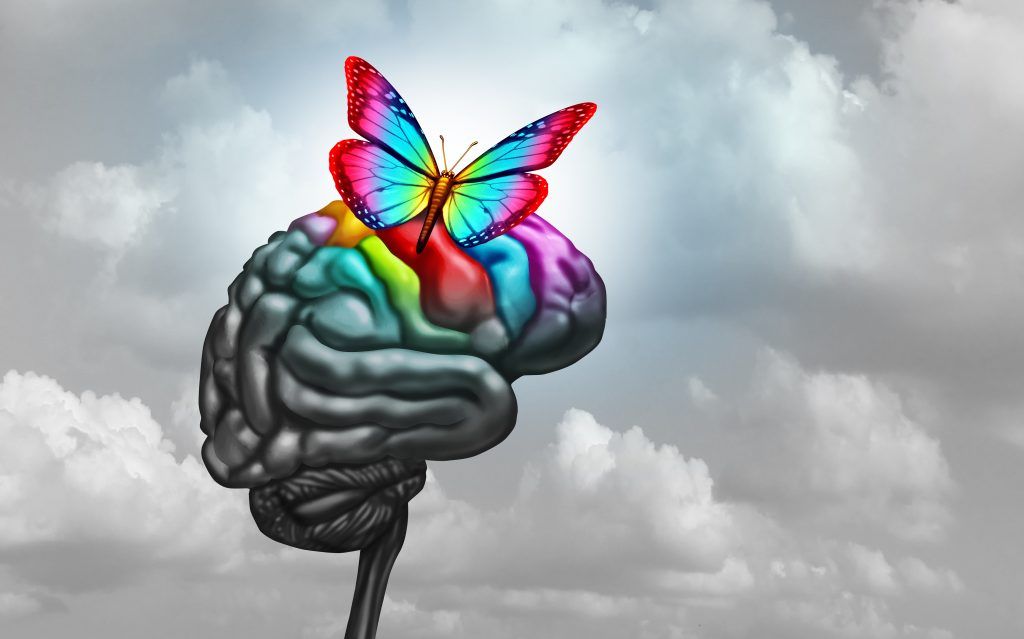 I’ve always known that something was different about me. And not in the I’m-growing-up-and-everyone’s-weird kind of way, either. It’s also very possible — no, very probable — that the people close to me picked up on it, too.

Growing up, I was that quiet girl who was always told to “speak up” and to “not be so shy.” But it wasn’t that I didn’t want to speak up —  I had no clue what to say if I did. I was the girl who got accused of being anorexic or “a picky eater” because I wouldn’t eat “adult” food.

But I really wasn’t picky — I just knew what I liked and found comfort in it. I was the girl who got way too upset about things that other people didn’t care about. But I wasn’t trying to get my way —  I was trying to adjust and cope. It was only after years of searching for what made me different that I was diagnosed with autism spectrum disorder at the age of 25.

I’ve always been a highly-sensitive, anxious person, but my anxiety spiked when I was 8 years old, and it manifested itself in many ways, such as severely obsessive behaviors, major separation anxiety, and various sleep issues.

My anxiety progressed to the point where I was not able to function in my day-to-day life anymore — from the incessant hand-washing and compulsive checking to the constant fear that my mom was going to die — all of which led to depression. Anyone who knew me back then probably thought I was pretty weird, though I tried to hide it the best I could.

When I was around 12, my mom took me to see a licensed counselor. I remember that I absolutely despised him. I knew something wasn’t right with me, but I didn’t want him to tell me that. Even though his methods for trying to help me never quite worked, he did open my mom’s eyes to a whole new world of psychological and mood disorders, which led her down a lifelong path of dedicated research.

It soon became pretty clear that I likely had obsessive-compulsive disorder and some sort of anxiety disorder.

A few years later, I went to see a psychiatrist, and she prescribed some anti-anxiety medication. The meds helped to subdue my anxiety, though they obviously didn’t solve any of my problems, and I was still having trouble with anxiety, as well as obsessive thought patterns and depression.

On top of all of that, I began to struggle in school. Even though I paid attention in class, took notes, and studied, my test grades suffered. Everyone told me it was just test anxiety, but that never felt quite right to me. I began to feel inferior to my classmates and friends who were doing better than I was in the same classes.

However, I was able to make friends, have relationships, and participate in school activities, so I never really had any reason to even consider autism as a possible answer for the issues that I was having.

As my high school graduation drew closer, I became anxious about the end of the routine that I’d grown so accustomed to and about having to move on to college. The impending adjustment seemed terrifying and insurmountable, though, to my bewilderment, all my classmates seemed excited to graduate and move on.

I only applied to one university because it was small and close to home, and it luckily ended up being a pretty good fit. However, college life was not a particularly great experience for me, and it was when my social issues became a bit more apparent.

I became frustrated with myself because I felt so different from everyone else my age: I didn’t like social events, I didn’t want to live on campus, and I found it much more difficult to make friends than I did in high school.

Don’t get me wrong — I had a few close friends and several acquaintances, and I even met my husband there, but I had more issues connecting with and staying in touch with my college friends. I think my oddities stood out a bit more in the unrestricted, unsupervised world that is college.

At some point during my college years, I watched the TV show Parenthood, and I began to identify with a character, Max, who had just received an autism diagnosis. I shared my thoughts with my mom, but we both decided that I really couldn’t be autistic because I didn’t exhibit the “typical” symptoms. First of all, I wasn’t a boy. I wasn’t good at math, I felt empathy, and I could read social cues. Please forgive our ignorance.

Fast forward a few years. I was 24, I’d graduated from college, I had my first “big girl” job, and I had just married my college sweetheart. But something just wasn’t right.

When I looked back on my life up to that point, and I felt frustrated with myself for how hard and completely exhausting it had all been for me compared to others. Sure, I had a pretty great life (and husband), but none of it was easy or particularly enjoyable.

Where was that honeymoon phase that everyone talks about?

I chalked it up to a lengthy adjustment period and subsequent anxiety and depression. No big deal, right?

But towards the end of 2017, after nearly a year of marriage, my impatience with myself grew because I was still feeling unsettled, anxious, and just generally unhappy. I decided to start therapy again for the first time in years.

While I adored the therapist that I began to see, he didn’t quite get what I was going through– just like every other therapist I’d seen in the past. Sigh. All the advice he offered for my vague complaints of anxiety and unhappiness just didn’t work.

But it got me thinking.

One day in early 2018, I came across an article about something called “stimming.” I’d heard of stimming before, but I thought that it was merely the hand-flapping or rocking that some autistic people did. Then I dug deeper.

The word “stimming” comes from the term “self-stimulatory,” and it’s any behavior that people with autism do to self-soothe when they’re over-stimulated. This immediately resonated with me because if you know me, you’ve probably noticed my weird habit of chewing on the ends of my hair — don’t judge me.

And so, for an entire weekend, I researched everything that I could find about autism, including several enlightening YouTube channels. I found many more questions than answers, but I learned enough to realize that I could, quite possibly, be on the spectrum.

According to the National Institute of Mental Health, “Autism spectrum disorder (ASD) is a developmental disorder that affects communication and behavior. Autism is known as a ‘spectrum’ disorder because there is wide variation in the type and severity of symptoms people experience. Although ASD can be a lifelong disorder, treatments and services can improve a person’s symptoms and ability to function.”

I had an appointment with my therapist scheduled for that following week, and so I wrote down all the reasons why I thought I might have autism, including stimming, meltdowns, special interests, and sensory issues.

To my relief, he was very positive and encouraging about it and suggested that I take the Autism Diagnosis Observation Schedule (ADOS-2) test. I immediately decided to go through with it, and we set a date for me to take the test.

And so, on February 26, 2018, at the age of 25, I was officially diagnosed with autism. Knowing that I have a medical diagnosis that confirms that my brain works differently than everyone else’s is scary, but it’s also a monumental relief.

Just last month, I found out that the therapist whom I was seeing right before I got my diagnosis was troubled that he had not spotted the signs of autism, and that he hadn’t been able to help me more. Therefore, he has since studied the presentation of autism in adults, and that has helped him spot undiagnosed autism in several of his other adult patients. Pretty cool, right?

So, do I wish I had gotten a diagnosis earlier? Yeah, sometimes. But I also know that my story is helping others. If I’d always known that I’m autistic, I might have grown up thinking of it much differently than I do now. Today, I think of it as something special about me that explains why I am the way I am. I have a greater understanding of myself than I did for the first two decades of my life. I am kinder and more patient with myself when I can’t do something. I have found a lot of peace and comfort in my diagnosis.