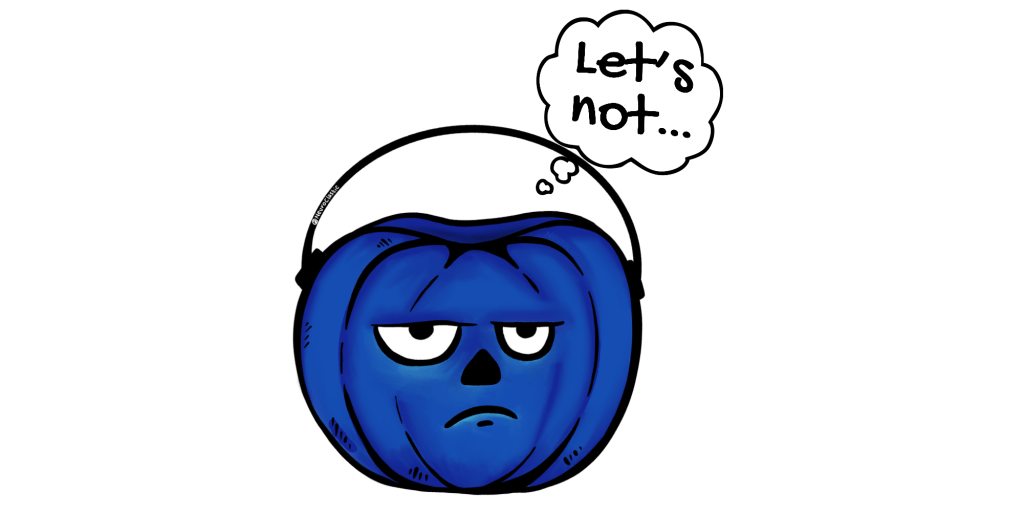 There seems to be no shortage of well-intentioned neurotypical people who try to help the autistic community however they can. While this is nice enough in theory, the fact that autism is more neurological than it is physical means that it is much more misunderstood by those who are not neurodivergent.

Thus, it becomes all-too-common for non-autistics to inadvertently annoy or even unintentionally hurt the autistic community with actions that they intend to be helpful. This is most definitely true with the blue bucket trend.

Recently, I came across a shared post on Facebook, though I don’t know who the original creator is. The photo depicts a Walmart end-cap full of blue candy buckets shaped like Jack-o’-lanterns. The caption reads, “Blue baskets are meant for kids with autism that cannot communicate with others, so if someone knocks and doesn’t say trick-or-treat, don’t take it as them being rude or weird. They deserve to enjoy Halloween like everyone else.”

I had never heard of this before, but after some further research, I learned that the idea behind this movement is that autistic children should carry blue candy buckets when trick-or-treating to symbolize that they are autistic and may have communication difficulties.

This is meant to signal to the adults handing out candy that a kid holding a blue bucket who does not say “trick-or-treat” is autistic, and that they should still receive candy. The issue with this should be pretty obvious, but let’s keep moving.

According to snopes.com, this trend began in 2018 with a Facebook post by a woman named Alicia Plumer, who came up with the idea to help her 21-year-old autistic son. Although Snopes also states that this is not a widely-recognized trend, it is still circulating on social media nearly three years later.

While the blue bucket concept as a whole could easily be considered problematic, I do not believe it was done carelessly or with malicious intent. However, there are a few issues with it that still make me feel…icky.

The color blue perpetuates the connection to Autism Speaks.

Let’s go ahead and get this one out of the way right now. The fact that the color blue was chosen to represent autism is a direct link to Autism Speaks, an organization that most people in the autistic community vehemently do not support. If you would like to know more about this topic, check out any of these great articles that discuss why Autism Speaks is not so great.

One of their catchphrases is “Light it Up Blue,” in which they encourage people to wear blue on April 2 for Autism Awareness Day. Therefore, the fact that blue symbolizes autism within this trend perpetuates the idea that Autism Speaks is the organization that represents autism as a whole. This is not the case and needs to stop.

Halloween is a day for children of all shapes, sizes, and neurotypes to dress up, pretend to be someone else, and get free sweets. However, if their candy buckets broadcast the very thing that likely makes them feel different from everyone else the other 364 days of the year, that will likely ruin the magic of Halloween.

I posted the aforementioned photo in an autism subreddit to get some feedback, and many users had thoughts that were similar to my own. One commenter pointed out that carrying a blue bucket could invite bullying, while another stated that as a kid, they would not have wanted to be seen as “special.”

Personally, I know that as a child, all I wanted to do was fade into the background and not stand out. Having to carry a differently colored bucket that signified my differences would have been mortifying.

Neurotypical children may not want to speak up, either.

The idea that some adults will not give candy to kids who do not say “trick-or-treat” is rather abhorrent to me. Years ago, when I was a weird, shy child myself, I absolutely hated speaking to strangers, and having to say the words “trick-or-treat” seemed so arbitrary and embarrassing.

Luckily, I was never refused candy, but I was reprimanded by random adults for not speaking up and for not being as outgoing as my peers. Of course, I found out that I was autistic nearly two decades later, which probably explains why I was the way I was. But my point is that there are undoubtedly neurotypical and undiagnosed autistic children who do not want to say three meaningless words to strangers, and that should be okay without a symbolic candy bucket.

In the grand scheme of things, I don’t think that this trend really has the power to become a detriment to the autistic community. However, it is worth mentioning that if someone encourages you to hand your kid a blue candy bucket this year, just keep in mind that kindness, patience, and understanding should be universal and not just reserved for those who are deemed “different.” 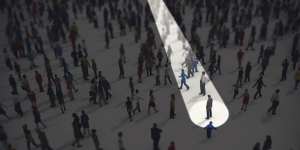