Review: The Promise and Disappointment of Everything’s Gonna Be Okay

I heard a lot of positive buzz about Freeform’s new sitcom, Everything’s Gonna Be Okay. Specifically, that the character Matilda is excellent autistic representation. Not only is Matilda portrayed by autistic actress Kayla Cromer, but the autistic actors on the show (yes, more than one) act as consultants. As someone dying for some good autistic representation, I was excited to check this show out.

And it is good…for the most part. There’s a lot to love about the ten-episode season, until the season finale, which hit me like a sucker punch to the stomach and almost soured the entire experience for me.

Let’s start with the positives. Everything’s Gonna Be Okay is about a young gay man, Nicholas, who is forced to care for his teenage half-sisters Matilda and Genevieve after their father dies. Matilda, age 17, is autistic with dreams of going to Julliard and having as many “normal” high school experiences as she can before college.

Matilda is great. The narrative dedicates time to her wants, dreams, and insecurities as she is on the verge of adulthood. Her moments of social confusion and sensory overload feel authentic, thanks in part to Cromer’s brilliant portrayal.

Instead of relying on stereotypes, Matilda is a character going through a coming-of-age arc that feels refreshingly human. Autism is brought up a lot but it’s never used as a replacement or shortcut for her personality. The audience also gets to see multiple examples of autistic characters in Matilda’s autistic support class. She even gets an autistic girlfriend by the end of the season.

Because I loved Matilda so much, I barely noticed the handful of questionable moments sprinkled throughout the first nine episodes. Person-first language is repeatedly used, and Matilda refers to herself as “high-functioning.”

The autistic community has raised concerns with both person-first language and functioning labels. But I was willing to overlook that. After all, it made sense for Matilda to use those terms, because she is still young, and it’s what she’s heard from her teachers and counselors. There is also a moment when Matilda has sex while drunk at a party.

I was a little disturbed that the adults in her life seemed to take more issue with whether an autistic person can consent than the fact she was drunk. As an autistic person who has had sex, I found that just a tad bit offensive.

Still, no piece of media is perfect. Any stride towards positive representation–especially if it includes actually autistic input–is a step in the right direction.

Then I got to episode ten. Spoilers ahead. Stop here if you don’t want to know the plot of the season finale.

In the season finale, the family visits New York City to get Matilda ready for college. Genevieve wants to go to an open mic event–and quickly shoos her siblings out the door before she goes on. At first, I thought it was a poetry reading (Genevieve’s been shown to write poems), but instead it’s a stand-up act. And Genevieve’s entire performance makes fun of her autistic sister.

I’m not exaggerating. Her entire set revolves around Matilda embarrassing Genevieve in public, Matilda acting weird as a kid, and Matilda lacking a “theory of mind.” Genevieve even says that she had to put up with Matilda’s antics because asking her to empathize would “shatter her world.”

Watching that scene was painful. Is this how my family sees me? As a joke? A burden? Someone deserving of public ridicule? It’s made doubly worse by the knowledge that real life discussions about autism are dominated by Autism Parents while autistic voices are drowned out.

Autism Parents, after all, do exactly what Genevieve did: make their family member’s autism all about themselves.

For a show that wants to be inclusive of autistics, this was a betrayal.

I’m not saying that family members shouldn’t be allowed to talk about their experiences. I know that having a disabled family member presents it’s own challenges.

But the majority of the media already revolves around neurotypical families, about how it’s so hard for them, about how they are saints for putting up with and rescuing their autistic relatives. Meanwhile, there are so few stories being told from an autistic person’s perspective.

Genevieve never consults Matilda about her comedy routine. She never asks for permission to tell her jokes. In fact, she explicitly hides it from her, being sure to usher Matilda out of the club. My sister is also a comedian, but she would never consider making a joke about me without my consent (she also wouldn’t tell “aren’t autistic people weird” jokes, because she isn’t a hack, but I digress).

Genevieve doesn’t have anything insightful to say about autism. She isn’t being clever. She lets strangers laugh at her sister. She’s a bully, picking on a vulnerable person. Not only that, but she is openly spreading harmful stereotypes.

No matter what neurotypicals might think, many autistic people have empathy and theory of mind. In fact, many of us experience an intense empathy, even if we don’t show it the same way as others. For a show that consults with autistic people–and even shows Matilda as very caring and loving–it’s surprising to see them perpetuate this myth.

There is so much potential in Everything’s Gonna Be Okay. Despite my issues, I do believe that the showrunners sincerely care about autistic representation.

There are ways for them to fix the situation next season. Maybe Matilda can talk to Genevieve about how hurt she is by her comedy, and Genevieve can be shown to develop her own jokes that move beyond just making fun of her sister’s autistic neurotype.

In the meantime, though, the season one finale left a bad taste in my mouth, and clouded over what had otherwise been an enjoyable show. 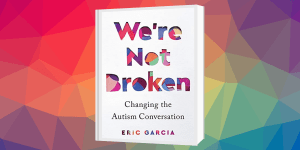 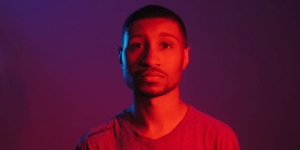