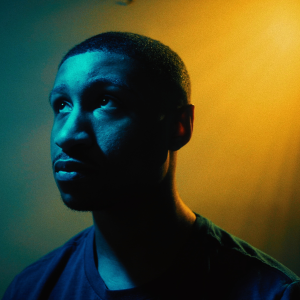 Starting from early childhood, many autisitic people are often pressured into hiding or “masking” their autism in order to survive school, maintain employment, and build relationships because our autistic traits are often deemed as unacceptable by allistic (non-autistic) society.

But this masking is often to the detriment of our own mental and physical health. During the early days of the Covid-19 pandemic and lockdown, many of my autistic peers felt a sense of relief as they no longer had to put up their masks and keep up with the demands of fitting in with society.

In March, 2020, I was in the deepest pits of burnout from low wage service industry jobs and college. I was 21 years old at the time and had only just learned I was autistic. I was diagnosed at a young age with Pervasive Developmental Disorder (PDD-NOS) before it was classified as Autism Spectrum Disorder.

Also, I was often considered “high-functioning” by the outside world who still believes in the ableist idea that autism is a linear spectrum from “least” to “most” autistic rather than a circle where everyone has their own individual strengths, weaknesses, and needs that are constantly changing. Therefore, getting and maintaining accommodations proved difficult for me in the past.

It was exhausting for me to maintain an identity and level of endurance that was acceptable to allistic people. However, when the world stopped and I lost my job due to the pandemic, it was like a weight that I had been carrying my whole life was finally lifted off my shoulders. I no longer had to worry about masking my autism and fitting into larger society.

But as the pandemic continued to ravage the world, I started to feel a deep sense of shame. I felt guilty for feeling relief while the death toll around the world rose. I felt ashamed for being on unemployment out of fear of being seen as “lazy,” when in reality I was simply afraid of being mentally beaten down again by allistic people upon returning to the workplace.

In order to seem productive and avoid a day job, I decided to chase my dreams of being a filmmaker and create my first official narrative short film. But when the project fell apart due to scheduling conflicts, I fell back into a hole of shame when suddenly I had an epiphany to tell a different kind of story. I wanted to share how I was feeling with the world and to see if I was not alone.

This became my award winning film, Normalcy shot, directed, and starring myself.

I took a documentary approach to tell my story of autistic burnout and my want for society to offer better accommodations for autistic people in a post-pandemic world. The film has slowly been getting more attention on social media and recently won best short film at AutFest Texas, a film festival for films about autism.

It also is currently in contention to be selected for The Marvels of Media Awards, another multimedia festival for autistic artists run by The Museum of The Moving Image in New York City. Through this film, I’ve meet and been embraced by a community of autistics online who did in fact let me know I was not alone.

Being autistic is having to choose between:

a) using your talents and reaching your potential for a limited time, but ultimately burning out because of masking and overstimulation;

b) never using your talents or reaching your potential and feeling like you’ve let yourself down.

Society doesn’t support autists well enough for us all to be able to consistently offer high level output, and capitalism doesn’t understand or facilitate reduced, sporadic or inconsistent output.

If one is ever able to work it’s wrongly assumed that this is always the case. This is why a lot of autistic people can’t work. It’s not that they’re incapable of output, rather that they’re not accommodated enough to work at a NT pace, and not allowed to move at a reduced pace.

Currently, as I draft this article, there’s a new job opportuntity waiting on me. While the job is slighlty closer to my interests, I am still filled with dread because I don’t want to be ignored and misunderstood again by allistics everyday after two whole years of freedom. With that being said, I am grateful for everything I’ve experienced these past two years.

Without these experiences, I would have never been given hope that there are people like me who want to see change. It’s also pushed me to continue to be a filmmaker and tell stories not only by, but for autistic people. Through these stories, I want to teach myself and other autistics that their emotions are valid. That there is a community of people out there who understand and support you.

Hopefully, as I continue to connect with the autistic community, I’ll find jobs, friendships, and romantic relationships that embrace me for who I am, where new opportunities and life changes fill me with optimism instead of fear. 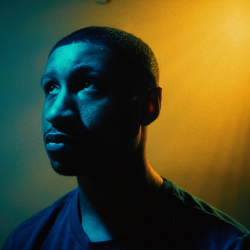 Tré Wilson
Hello my name is Tré Wilson and I am a 23 year old autistic Director, DP, & Video Colorist in Shreveport-Bossier, Louisiana.

If you would like to donate or tip: https://ko-fi.com/trewilson4869