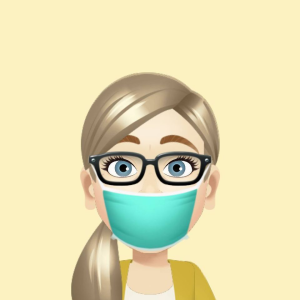 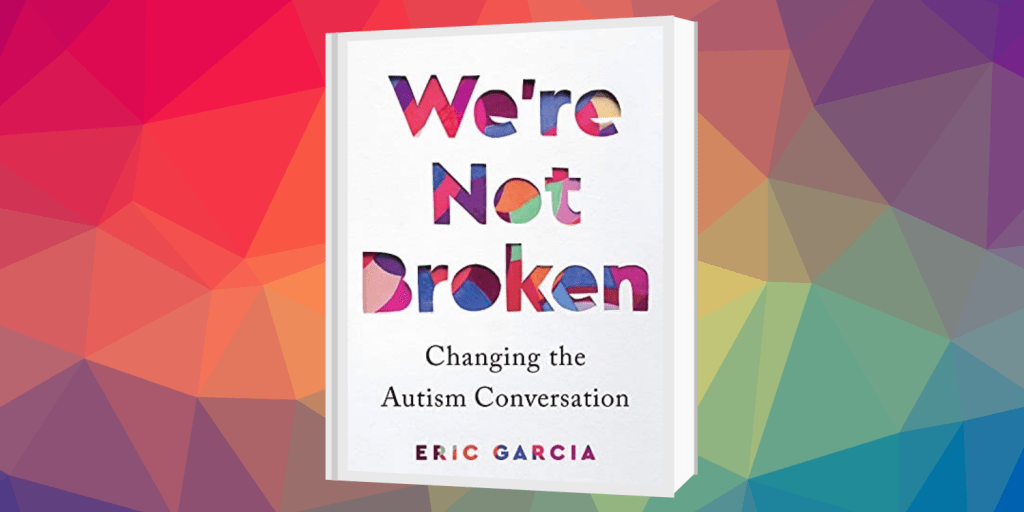 We’re Not Broken: Changing the Autism Conversation is the first book by Washington, DC writer and reporter, Eric Garcia. In the Introduction, Garcia confesses to the difficulty of being asked a simple, yet far-from-easy question, “So, what is it like to have Autism?” And for the next 281 pages, he strives to answer this question.

Pulling strongly from his reporter background, Garcia mingles facts with observations and experience to create an easy-to-read, well-researched, and thoroughly thought-out modern look at autism and what it means to be autistic in America today. He uses rich language and insight to traverse important topics like policy, education, work, housing, health care, relationships, gender, and race– and how they intersect with autism.

I follow Eric on Twitter, and I remember him tweeting about his research as he was writing this book. I was so excited about it that I reached out and offered to edit it for him. He politely thanked me and that was that until he announced that it was being released. I bought my Amazon copy pre-order the same day. Why was I so excited about Eric’s book? Precisely because of the title’s promise – Changing the Autism Conversation! And Garcia delivered.

We’re Not Broken is a well-researched perspective piece from an author who is a part of the underrepresented group that he writes about. Agree or disagree with his ideas, but his ability to hold them is not debatable. He shares anecdotal and personal perspectives when he has the experience to draw from and opens the door to perspectives and experiences different from his own.

On a more micro level, when well-meaning people – from researchers and clinicians to journalists and parent advocates – have only tropes as their source of knowledge, they wind up inadvertently hurting their autistic friends, family members, neighbors, loved ones, and coworkers. The lack of autistic people’s input means that even the experts who moved forward conversations in one regard can perpetuate stigmatizing ideas about autism in another.

For too long, the majority of books on autism have been anecdotal autobiographies at best, and written by non-autistics at worst. And while this is a gross generalization, with notable exceptions (and also allowing for the importance of anecdotal autobiographies)– my point is that Garcia’s book tackles autism in a way that hasn’t been done before.

His background in investigative journalism and politics brings out the political undercurrent that happens in the proverbial backrooms of the neurodiversity movement but is rarely found in mainstream discussions about autism.

Garcia recognizes where his voice and perspective lies, and he stays the course while simultaneously holding space for others to pick up any thread and continue the narrative. And he draws a clear distinction between facts and opinions, something missing from much of mainstream discourse. He makes important points that only autistics can make, like his response:

“… when people see me as an inspiration because I “overcame” my disability to graduate college and hold a job, I want to respond that the only things I overcame were the specific obstacles in front of me. I am a return on others’ investment in policy. In the same way, every autistic person who languishes in classes or winds up in a group home or institution is not a reflection on a poor upbringing but rather a failure in policy.”

And brings this point home when later he says,

“I wasn’t taking a side– that’s never my job as a journalist. Rather, I made sure to amplify the voices of people who are legitimate participants in America’s democratic process.”

Feeling autism peek through his writing with awkward segues and abrupt conclusions, which make the writing so much more relatable and authentic, I thoroughly enjoyed the journey Garcia takes us on through each topic he covers.

Consistently and concisely bringing home the overarching theme of this book– that policy decides the fate of many disabled people, and that autistic people should be at the center of policymaking regarding themselves, Garcia’s parting request is this, [paragraph breaks added for accessibility]

People who are not autistic often assume they are acting benevolently by hand-holding those on the spectrum. But despite their best intentions, there is an element of condescension in these actions because it assumes that nonautistic people know what’s best.

But it is autistic people who live with the condition of autism – for all of its positives and negatives – as well as with the consequences of any collective action meant to help them.

If there is going to be policy that has seismic impacts on their lives, they deserve to have a say in it, no matter how they communicate. Furthermore, while many parent advocates, clinicians, and other “experts” may have good intentions, centering their voices continues to give them power that should lie with the autistic community.

TO achieve any true sense of freedom, autistic people need to take this power back.

I have two major critiques of the book: 1) although Garcia doesn’t gloss over nuanced conversations, he doesn’t dive deep either, and 2) that the book isn’t long enough. This book is only begins to scratch the surface of the complex dynamics of the autism world, culture, politics, and subcultures. I feel every chapter deserved its own book, so was personally left wanting more.

However, this is an amazing resource for parents, caregivers, professionals, and austistics looking to obtain an overview of the dynamic and evolving autistic culture and of the political underpinning of the neurodiversity movement. And I will end where Garcia did in his Acknowledgments,

I want you to know you too have a space in media and a story that deserves to be told. And you-– yes, you-– can write a book, too. We need you, and I need you, and I know you will build upon the things I got right and correct where I fell short. 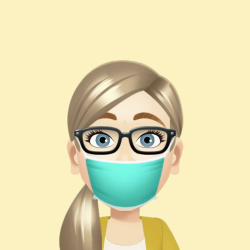 Dixon Howard
And then I realized what you do with an idea... You change the world.~Kobi Yamada

I'm always so awkward at these. I am a mom, a wife, a reader, a writer, a dreamer. I make money freelance editing and copywriting, and caretaking for my son. My interests include, but aren't limited to: anything books, writing, IEP advocacy, inclusion, parenting, education, and homeschooling. I’m an unpaid volunteer. If my writing has been meaningful to you, you can leave me a tip or buy my next book here