The Occupational Injustice Against Osime Brown 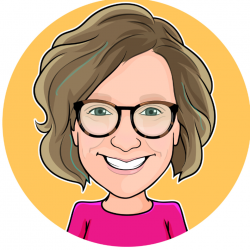 Osime Brown is displaced, autistic, Black, and imprisoned, an intersection of identities not uncommon in today’s society.

The United Kingdom’s justice system was created from discriminatory, predatory, and generational patterns meant to chattel and control marginalized people.

From his first steps toddled on UK soil, Osime was denied occupational justice.

Occupational justice is the right of every individual to be able to meet basic needs and to have equal opportunities and life chances to reach toward her or his potential but specific to the individual’s engagement in diverse and meaningful occupation.

Osime was never given that opportunity in the United Kingdom.  In fact, Osime has experienced a life of systemic occupational injustices culminating with his now-impending deportation to Jamaica.

Occupational therapists should have first encountered Osime in the school system.

Osime’s mother recounted her son dismissed as rude, aggressive, and disruptive until, at 16, he was excluded from the education system in England.  BIPOC students have their communication labeled as behavior, and their behaviors labeled as aggressive.  How can occupational therapists address their students’ occupational needs when we actively suppress what they have to say?

It was only after his exclusion from the school system that Osmine received a medical diagnosis of autism spectrum disorder.  Osime was then transitioned into the foster system where he was moved 28 times in 12 months.

Osime was alienated from his strongest supporter and fiercest advocate and put into a foster system designed to fail him, as it does so many neurodivergent children and their families.

Predictably, the system did fail Osime.

Occupational science highlights our desire to engage in occupations that contribute to doing, being, belonging, and becoming.  Autistic people, despite the prejudice of medical bias, are no different in their intrinsic needs as occupational beings.  How were Osime’s occupational needs met during his time in foster care?

One night, two of Osime’s friends impulsively stole a cellphone. Osime did not steal the cellphone; in fact, witnesses that Osime argued against stealing the cellphone. However, Osime was sentenced to five years under the now-unlawful joint enterprise (guilty by association) law.

And now, Osime is being deported for a crime he didn’t commit and a sentencing he never deserved.

During his time in prison, Osime has been dangerously overmedicated for control. Osime, isolated, has had his drawings and artwork stolen by the guards who regularly instigate him into aggression.

His body is now scarred over by the evidence of the self-injurious attempts at regulating his pain. Where are the occupational therapists in the justice system supporting Osime’s occupational engagement?

Osime, who was denied services and support in the education system, was told in his deportation letter to be gracious for the many skills he learned whilst in the United Kingdom.

The office also suggested that his cultural connections were strong enough because his mother was from Jamaica as was his father, who now lives in the United States.

Osime has no family in Jamaica.

He asked his mother how he could take the bus from Jamaica to England after deportation.  He truly does not understand the threats yet to come.

And now, Osime’s life is in the balance.

Because of the chronic stress on his autistic body and neurological systems, Osime has developed a heart condition that is rapidly deteriorating.

Immigrant families, especially black families like Osime and his mother, regularly experience occupational apartheid.  Occupational apartheid occurs when “different individuals, groups and communities are deprived of meaningful and purposeful activity through segregation due to social, political, economical factors and for social status reasons.”  This injustice is more acutely felt by those marginalized at the intersection of race and disability.

Disabled BIPOC immigrant families are denied access to the systems needed to heal the trauma of dangerous transitions, supports, and services to enable occupational engagement and supportive spaces for growth and development. Discriminatory regulatory bodies restrict opportunities until people fulfill the destinies branded into the bodies of their ancestors.

However, we can enact change.

Occupational therapists are mandated by our professional tenets to be agents of occupational justice, yet our scope of practice continues to be limited by the predatory insurance systems meant to deny the very justice we seek.

Osime should be released from prison under COVID-19 guidelines, however the wheel of justice seems to be stuck.  Let’s grease the wheel and give Osime the international attention he deserves.

Donate to his legal fees: https://www.gofundme.com/f/stop-deportation-of-vulnerable-man-osime-brown

Are you in the UK?  Write to your MP: https://www.writetothem.com/?fbclid=IwAR0uHxMJc1LKFE8JJS7-zmP0Ld6pjknIvLqcun9xpjiIbAYlLlEgNXYJen8

What comes next?  Let’s engage in a little occupational justice advocacy, together.

The Autistic OT
Sarah Selvaggi Hernandez is an autistic occupational therapist, advocate, and parent.In her spare time, she likes to infodump about sensory processing, stim with Hozier, and rewatch Firefly for the millionth time. Check her page on FaceBook.

Latest posts by The Autistic OT (see all)