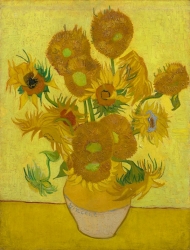 Recently Dr. Sheryl Grassie (a clinical psychologist from Minnesota) entered a pawn shop to do some shopping… without her face mask on. Or was she shopping?

Since the manager of the shop is a decent human being, he told her to put on a mask, or leave. Any sensible adult would have slipped a little bit of cloth over their face and gone about their business. The shop even provides free masks.

You’d think that would be the end of the story, and for you or I that is typically how such things go.

But not if you are Dr. Sheryl Grassie. For you see, Dr. Grassie is a Karen.

The Pathology of a Karen

Karen is a very common name, and it’s a lovely name. People named Karen (everyday humans) are not to be confused with “a Karen” (archetypal manager seekers.) Most Karens are not named Karen. Mocking anyone for their actual name makes you a jerk. Don’t do that.

Now, what sets a Karen apart from mere mortals?
1. Their Egos
2. Their lack of logic.
3. The gargantuan amount of entitlement that they feel.

Karens believe they are OWED something. Whatever the thing is they want, they don’t just WANT it….they have a RIGHT to it. Even if their reasoning is irrational, Karens want you to understand who it is you are dealing with… and they will have their way, or there will be hell to pay.

Even if the thing they want is not legal, or even available or possible, or might cause harm and suffering to others, Karens don’t give a fig.

For you see, Karens are the centre of their own universe, and everything literally MUST revolve around what their needs are… and how it affects others is simply not important.

Karens are selfish and aggressive, and that is what makes them dangerous.

They also believe that the law and regulatory agencies will certainly back them up, even if there is no evidence. Karens are almost exclusively white, and they bank on systems of power having their back when they attack someone for daring to not cater to their every whim.

What this particular Karen needed was to shop without a mask. She did not take note of the half dozen other people in the shop, or the manager she was interacting with, who were all wearing masks (as all courteous and empathic human beings are wont to do during a deadly disease outbreak in the interest of not getting everyone killed.)

It’s fair to say that to a Karen, the concerns, fears, and even lives of the other people are not really of a very high priority. They don’t care whether others felt comfortable shopping in a store where a woman was stalking and huffing about unmasked and loudly proclaiming that Covid does not exist did not concern her much.

All that mattered was that this Karen wanted to enter a shop without a mask. It appears this particular Karen didn’t even intend to shop. Perhaps as she was driving, someone did not let her enter traffic from a parking lot, and she needed to throw her Karental weight around.

Needless to say, she did not take it too well when the manager asked her to leave.

I’d say she didn’t take it too well. What I mean is that she totally lost her effing mind. Not only did she decide to complain to the shop owner about this, but she decided to try to hurt the business by giving them a one star review on Yelp.

“Ok?” you might say. What’s the big deal? So she was a bit mean to the store manager… or something? A bit of a storm in a teacup if you ask me, but maybe the good doc was having a bad day…

I mean, you can write about being refused service in a store for not wearing a mask if you really want to. It’s a free country. Frankly, the only people who would be persuaded to avoid the store as a result would be other Karens and Covid Deniers who think Covid is not real. And those people would be refused service, anyway.

If that’s where you are, you still do not understand what sets a Karen apart. For you see, Karens must have revenge.

Pawnshop Karen needed to make the store hurt… and so this Karen decided to get creative with the facts. Instead of telling it like it is, our Karen did this:

The complaint she made speaks about being denied disability accessibility in a store with her disabled child. That would be a juicy story, right?

Evan Kail is the manager who fielded this particular Karen. Of course, a scandal like throwing out a parent’s disabled child and the threat of federal audits is bad for business. So, he posted the footage.

So I discovered “Dr.” Sheryl Grassie – the mad Karen who came into my business solely to start a mask debate, and then trashed us on @Yelp by writing a fake review we threw out her disabled son, is a former director at @MinnCCD … absolutely disgusting. pic.twitter.com/H6cVn1QPaF

What disabled child are you referring to, Dr. Grassie? You came in there by yourself… and who’s disability is it that is not being accommodated? Your ego? ‘Cause I got news for you, Doc…

Being told no is not discrimination.

Do you know what is kinda discriminatory toward disabled people?

Lying about being disabled, or using disabled people as props in your narratives to get your own way. That’s sorta unethical, y’know? Especially for a professional person like a psychologist…

Especially considering that the manager she was blasting, Evan Kail, is autistic.

This is something Kail talks about in his novel, Ubered.

You’d think her ethics might be against this sort of thing, working as the policy chair for the Minnesota Autism Council. Also… how does your autistic son feel about being exploited as a lampshade in your little sideshow, Dr. Grassie? Not cool.

This sort of behaviour would be shocking and surprising to me if I did not know a little more about THIS particular Karen’s pedigree. You see, this Karen is one of the highest grade Karens you can get.

Our Karen is an Autism Antivaxxer Mom.

Yup. That’s right. This entitled primadonna has experience. She’s been a class A Karen for some time now. Which is where we get to the point of why I’m telling you about all this drama: Dr. Sheryl Grassie works for the Minnesota Autism Council.

Autistic people are forever asking to be represented in matters that concern them, shouting from mountaintops the deep and troubling concerns about those in disability advocacy. On her 21 Roots Farm bio, here’s a snippet of her professional dossier:

Professionally, Dr. Grassie has been the executive director of several non-profits, a clinical psychologist, a special education teacher, and writers professionally on topics to do with health, community, spirituality, housing, and disability. Dr. Grassie is on the board of several organizations that support people with disabilities and is the policy chair for the Minnesota Senate’s Council on Autism.

Which is, frankly, a little horrific. How is it appropriate to have someone with this sort of questionable character and science-denial background working in disability rights advocacy at the government level!?

If you look at who they admit to their Board, one wonders whether the Minnesota Autism Council exists to support autistic people… or whether it is actually just a front for antivaxxers trying to dig their fingers into the government.

Dr. Grassie is one of two notable out and proud antivaxxers I have found on the Minnesota Autism Council (the other is Wayne Rhode), which is really rather worrying considering that the WHO declared vaccine hesitancy one of the top ten global health threats for 2019.

And in the apocalypse that is 2020, we are dealing with a wildly infectious pandemic sweeping the planet for which vaccines that might save thousands may soon be available.

This is not a good look, Minnesota. Senator Abler, what’s going on here?

Do we really want people like Grassie and Rhode steering the Minnesota goverment’s policy on autism right now?

Is the duo of the selfish, entitled Karen and her harrowing anti-science hypeman the sort of people you want calling the shots where the health of thousands upon thousands of disabled (and often high risk for Covid) people are concerned?

Imagine how great things would be if BIPOC autistic self-advocates were at the helm.

You don’t need to imagine. Noah McCourt, a Black autistic advocate, was the former policy director. How’d that go?

Well, here’s what McCourt himself had to say in his resignation letter:

During my tenure, my fellow members of the council’s executive board have worked diligently to take the Council from an embattled organization that lacked credibility, process and an inability to move forward on those issues most pertinent to our community to a model that is sustainable and productive.

That sounds wonderful! So, why did he resign?

McCourt specifically lashed out at Abeler because of his selection of a leader of the Anti-Vaccine movement and proponent of institutionalization to serve as Chair of the policy committee, according to McCourt, Sheryl Grassie “bullied self-advocates, created a hostile work environment and made policy decisions without his permission.” In his letter, the director said that he has been “the Council’s policy liaison in name only.” And that “the current policy chair, with the authority and position she has been given….is the most significant threat to the continued work of the Council.”

Ouch. She has a history of bullying autistics. A well-known Minnesotan advocate, Idil Abdul, issued a statement in reaction:

I and so many other parents are aware of Dr. Grassie’s History and bully tactics it is sad and unfortunate that Abeler allowed her treat him in such a inhumane manner. The Council lacked diversity to begin with and because of Abeler’s inability to practice what he preaches, the Council has lost the only person of Color on the Executive Board.

Immediate Removal of Grassie and Rhode

We stand with Evan Kail, Noah McCourt, and all of the autistic people who have been directly or indirectly harmed by Grassie and her white cabal of antivaxxers.

My letter to Senator Jim Abeler. If you guys have time PLEASE write him a letter to demand accountability. ##canceldrgrassi ##evanvskaren ##autism

The kind of abuse and antipathy Grassie has shown towards autistics is unimpeachable evidence that she is blatantly unfit for duty. Ask her. She’s a psychologist.

She has a graduate education in deviant behavior. She knows full well that her actions are unconscionable.

We also ask for reparations in the form of replacing Rhode, Grassie, and any of her other anti-vaxxer compatriots with autistic self-advocates. Pay them a higher salary. Make sure that those positions are filled by autistic Black, Indigenous, and other people of color.

How to help the Minnesota autistic community:

If this whole thing makes you mad as a Karen, and you’d like to contribute, here’s what you can do: