Last week, Miami Police Department unveiled their new “Autism Awareness” wrap on one of their squad cars. It’s bright, it’s shiny, it has puzzle pieces, and it came with a big check made out to Autism Speaks. 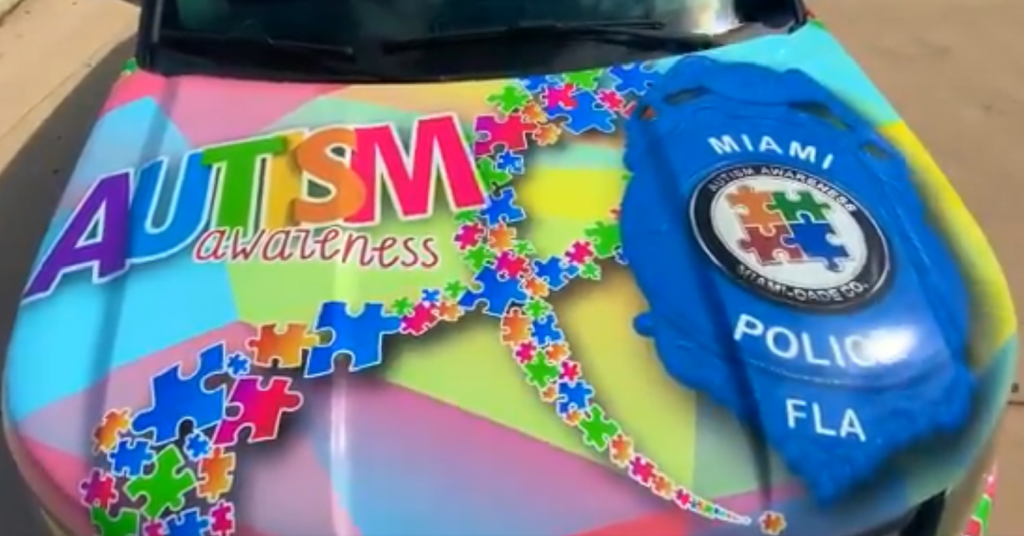 Autistic people have quite a few things to say about this truly astonishing vehicle.

“Here we have the neruotypicals, wanting to be a ‘saviour’ for the autistic community. Without including autistic people in the conversation, the neurotypical offends the autistics by using puzzle pieces and bright colours that hurts their eyes https://t.co/Fvc3WqDWIp

For starters, there is the design of this car, which seems to have been conceived by someone who has never met an autistic person.

Seriously, I can’t even look right at it, it causes me physical pain.

To a few of us, those colors may seem fun and stimmy. But for the vast majority of autistic people, this squad car– which looks like a unicorn vomited the entire 1990s– is a violent assault on the senses.

Its that green that makes me want to rip my eyeballs out to stop the pain.

Here is a brief list of everything that makes this car’s paint job an abomination unto autistic brains: 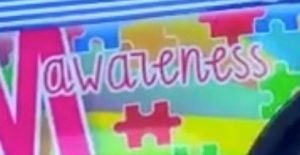 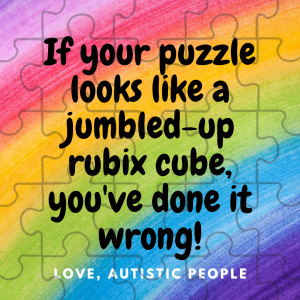 Co-signing this as an autistic epileptic

You shouted out to the autism community (parents) and the kids. There are autistic led organizations that are not harmful to autistic people. This is all harmful. We are often arrested, beaten, tasered, and even killed for autistic mannerisms that read as suspicious or defiant

Here’s a visual representation of how this car might look to an autistic person in sensory overload:

The childish appearance of the car also got a lot of comments from the autistic community. The car’s design perpetuates the assumption that autism is a diagnosis of childhood.

Emotionally yeah that's what they equate isn't it

As someone autistic I don’t like the childish look of autism awareness at all, nobody ever acknowledges that adults have it too

The fact is that most of the autistic people the police interact with are going to be adults whose behavior has been misconstrued.

Autistic people let the Miami PD know that they were not adult children who could be lured by candy colors into the creepy clown car by police who have a strident history of abusing them:

As someone with autism, I find this is wrong many times over. You use the puzzle piece and donate to the one WORST cause for autism. But even with that aside, police don't hesitate to shoot during an autistic episode. And either way, this is just virtue signaling regardless.

Cuz the best place for a disabled minority is to be near people who are part of a profession that is being called out for his horrible mistreatment of innocent people. pic.twitter.com/nXzreCFNKR

Omg. That's…very bright. But does that mean you're being trained in approaching autistic folks without killing them because they're having meltdowns?

Because boy that would be nice.

I guess the good thing in all of this is that Miami PD have given plenty of warning making an announcement about their loud puzzle vomit car. The majority of us autistic people will be steering clear of it, if only to protect our corneas from harm. 🙄

It comes with bright blue fisher price badges and an unkillable siren that plays circus clown music on loop.

This is where we really need awareness in police– but looking at the childish colors on this cruiser, we don’t feel reassured that the police are really aware about autism.

Hey! We've got this really over stimulating vehicle to show you we know nothing about the autistic ppl we abuse at far higher rates than the general population! 😀😀

Not enough judging by this mobile sensory overload trigger

Nice, the bright colors, flashing lights, and loud noises are so helpful to people with autism. Wow this pd knows so much

Too many autistic adults have been approached by police officers over our “suspicious” behavior. While there are conflicting accounts of whether or not Elijah McClain was autistic, or “just different,” we know that the police were called on him because he was flapping his hands. Somehow, police perceived him as threatening, but it is clear to all autistic people that his differences were gentle, beautiful, and kind– and not in any way harming society.

Neli Latson was simply sitting on the library steps while being autistic and Black when someone called the police on him for “looking suspicious and possibly having a gun.” The unnecessary escalation and abuse of power led to Neli being manhandled by an officer, which triggered him to a meltdown where he fought back. Neli then was put in prison and suffered a cycle of abuse.

Too many of us have been shot, or threatened, or arrested over a misunderstanding because of our atypical body language and responses– basically, because we have an invisible disability and a brain that is wired differently.

Will this car help with that? No one seems hopeful.

I'm honestly not sure that isn't their goal.

p.s. the puzzle piece comes from AS, who are basically eugenicists that want to eradicate autism

how is that helpful to anyone. what if someone is in danger and they could try to flag down a cop but all they see is a rainbow suv that says “autism”. i really think they did this to distract people from the fact that it’s a cop car

wow this car is designed to make autistic people melt down as hard as physically possible, amazing support, definitely not a devil jeep from hell

We aren’t a threat by any means and yelling at us, trying to command us to do things doesn’t work. I physically can’t process what people are trying to tell me when I’m having a sensory overload.

Autistic people are frequently beaten, brutalized, killed, or wrongfully arrested by police, despite all the autism “awareness” out there.

Actually prob not bc I'm white. you'd just treat me like a small child like this ice cream truck of death and meltdowns implies, but yall get my point.

This thread right here is my main reasoning as to why non-compliance should not elicit a violent response from authorities. I have encountered police while in mental health distress. I was terrified for my life. If I had been a bit more confused, I might be dead.

I’ve been read as suspicious before so many times in convenience stores it’s extremely scary when like, I’m just tryina find the snacks I want and the employees think I’m stealing

The fact this has to exist makes me continue to lose faith in humanity.

The 17 police officers who were involved in the arrest of Matthew Rushin, who is serving ten years in jail after a seizure or loss of consciousness caused a car accident, were all trained in autism response.

Not one of them put any of it into practice– except maybe to use that training to frame him for having malicious intentions.

The police and courts involved in the arrest and potential deportation of intellectually disabled autistic man Osime Brown – for not stealing a phone – are perfectly aware of his autism.

And then there was the time that a Miami police officer tried to shoot a seated autistic man, Arnaldo Rios Soto, who was playing with a Tonka truck, and shot his Black caregiver instead– who was lying on the ground with his hands up, communicating clearly that he was a counselor and his client was autistic and nonspeaking.

Remember when one of your officers shot and almost killed a harmless, weaponless social worker trying to deescalate police from shooting a unarmed autistic person? Oh the officer only got probation for his crimes. Teach your force how to not kill first. pic.twitter.com/5ENbLBAfJl

…He ended up having to write an essay about gun training and handling protocols.

While this car comes from a different department than the man who shot Charles Kinsey, all of Miami and indeed Florida is answerable to what happened.

If the Miami PD are truly committed to raising awareness about autism among their officers and with repairing our complete lack of trust in the police, they should be donating to causes which provide reparations, legal advice, etc to people like Osime Brown and Matthew Rushin – who have been jailed, denied medical care, and mistreated by police due to poor awareness.

A 16yr old boy with Down syndrome was killed by the South African Police force while eating a biscuit. Sign the petition to demand action be taken for Justice to be served #JusticeforNathanielJulius https://t.co/TQiHH7v7BI

Awareness is not bringing about action, and action is what we need. Especially from police departments.

Even some of our celebrity and organizational allies weighed in:

Listen better @MiamiPD. Your autism “awareness” vehicle isn’t the solution to your officers ignorance – and your lack of awareness is already showing by painting the car with extremely bright colors & puzzle pieces https://t.co/bnO3LSLmGa

Autistic lives– especially Black autistic lives – are best supported by direct action to help those who were falsely imprisoned as a result of the same lack of awareness by police that birthed this ironic autistic-provocation nightmare-mobile squad car.

One of the best ways to create useful autism AWARENESS is to make people aware of those autistic people who are victims of police departments like this, who advertise their lack of awareness loudly and proudly.

A Stunt Exploiting One Group to Silence Another

Defunding the police and police brutality against Black lives is perhaps a story that eclipses even the COVID19 pandemic in America, with several other nations taking up the same charge.

Overwhelmingly, the autistic community would agree. Police are not the ones who should be responding to meltdowns, as even those departments with much training continue to escalate, arrest, and criminalize autistic people for meltdowns and panic that the police themselves cause.

Very clearly, as all police departments engaging in similar paltry PR pandering will learn, Autistics speak for ourselves. The resounding message is that we are not complicit with your attempts to distract from your racism by putting your ableism on display.

Please consider helping Osime Brown, Matthew Rushin, Neli Latson, Arnaldo Rios Soto, or a group like Black Lives Matter who put their money where their mouth is and engage in action that improves the lives of those affected by police misconduct and brutality. 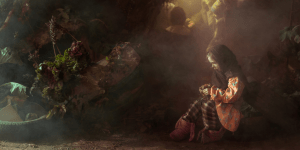 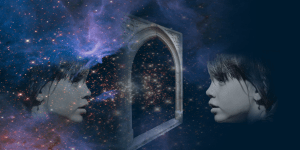 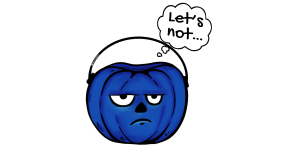 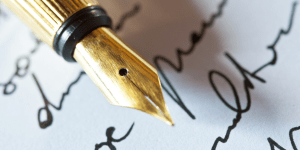