Review of Rubbernecker by Belinda Bauer: a novel with an autistic protagonist 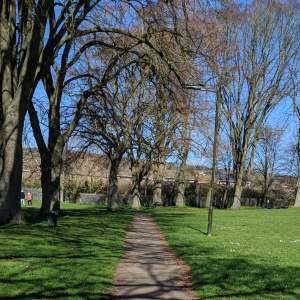 Rubbernecker by Belinda Bauer is a crime novel with an autistic protagonist. There will be *minimal spoilers* in this review, as it focuses mainly on the author’s depiction of autism.

I really enjoyed this book as an example of the crime genre. There were several threads running through the book, most of which were nicely tied up by the end, which I found very satisfying.

Initially, it may not seem like a typical crime novel. We are introduced to Patrick, who is autistic. Several other central characters are introduced early in the plot through their inner monologues. We are told Patrick has Asperger’s.

Unfortunately, throughout the book it is clear that Patrick’s mother resents him for his autism, and that she cannot accept him as he is and does not appreciate his talents. As an autistic person, this was hard to read. It conjured and stoked fears in the recesses of my mind about how my own family might feel about me and about how we are perceived by others. Those fears, ever-present at the back of my mind, were only brought to the foreground and reinforced by this book.

I feel that this could have been an opportunity for such stereotypical attitudes to be portrayed in a critical light– but Bauer falls short of criticism. These attitudes are reproduced in other characters alongside an autistic protagonist who is clearly talented and whom we root for… and that’s it. The reader is left to condemn or not as he or she chooses.

I suspect that the intention is for us to feel sympathy with both Patrick and his mother fairly equally. Instead, I see her as someone who blamed her autistic son for her own problems and for her inability to accept him as he is. It’s not surprising that I sympathise more with Patrick’s character.

Besides Patrick’s mother, Meg is the other central character whose thoughts and feelings about Patrick are revealed to us in first person. If the author wanted to introduce a more positive viewpoint, Meg’s voice would have been the ideal opportunity. While it’s true that Meg appreciates Patrick’s talents, even she is negative when it comes to his autism.

She cleared her throat. “You’re different, you know.”

Ultimately, Meg is disappointed by him; apparently, because he is autistic, he would never be enough for her… as if autistic people are less-than in some way.

Meg wasn’t sure how she felt. She would miss him, but she wasn’t quite sure how much there was to miss. “Will you come back to visit us?”

“I don’t think so.” Meg tried not to feel hurt. There was only so much you could expect from someone like Patrick. Still, he had come to say goodbye, which was surprisingly socially interactive of him.
[ Emphasis mine. ]

The depiction of autism is somewhat clumsy and stereotypical, though not necessarily always incorrect. The textbook male presentation is shown here, which at least isn’t incorrect— though it does only represent one small and one-dimensional part of the autistic community. It’s a neurotypical interpretation of autism, and that’s apparent.

Also, present in this story is the idea that autistic people don’t have an inner life– an idea that is at best offensive and at worst dehumanising.

“No war, no sci-fi.” Patrick nodded sombrely, and Meg realized she could give him specific instructions and he would carry them out with the precision of a computer. For a cruel second she almost demanded Pride and Prejudice from him, but pushed it aside with an inner giggle.

In better news, Bauer documents well some of the positives of autism; for example, Patrick’s special interests become strengths for him. I also found Patrick a likable character whom I wanted to succeed. The overly simplistic view of his experience of life is disappointing though. After all, we are not robots and most of us have an especially-rich inner life and experience of the world, albeit different from the neurotypical experience.

There was a moment with Meg that I liked, as an attempt to describe this inner life:

It feels important to note that Patrick is not the only simplistically-drawn character. I felt Tracy, the nurse, was a bit of a misogynistic trope to pull out, and I was surprised and disappointed by this. I’ve read several other books by Belinda Bauer and know her to be capable of careful and thoughtful character creation.

Admittedly, I found the villain to be a little empty here, too. I didn’t have a good understanding of what motivated the antagonist.

Once I’d made it through the resolution, I found the future for Patrick more than a little disappointing. In my head, I like to imagine a bright future for him wherein he goes into forensics and is a brilliant solver of crimes (and that we get a whole series of Patrick Fort books in which we see his character developed further)! Alas, the way Rubbernecker finished suggests that we’ve heard the last from Patrick.

A missed opportunity, in my view.

In conclusion, do read this book. The plot is fantastically crafted and original, it offers something new and different to the crime genre, and I enjoyed the protagonist. I also find it interesting reading a book with an autistic character, even if I disagree with how that person is characterised.

If nothing else, your readership proves that there is a market and demand for autistic characters to be featured in books.

Yes to more novels with autistic heroes, no to stereotypical depictions and tragically-disappointed mothers of autistic children.

The Aspergian Official Rating: 3 of 5 headphones 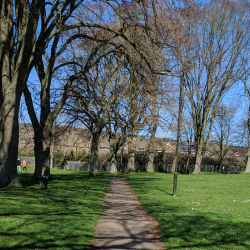 Latest posts by itsmetraceyp (see all)

A Book Review of Uncommon Sense: An Autistic Journey, by Adam Mardero