An #ActuallyAutistic Review of ABC’s “The Good Doctor” 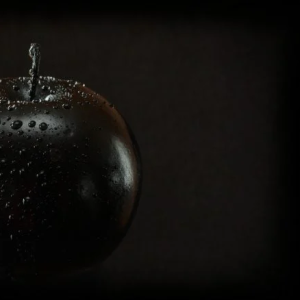 This blog entry is from the archives on my personal blog, SAspie blog. I originally posted it in November of 2017, but I really enjoy this show and think that it is one worth watching. This review is on the first half of season 1. The second half was just as good, and I am currently enjoying season 2.

I recently just watched the first episodes of ABC’s, “The Good Doctor.” It is about a doctor who has autism and savant syndrome. I generally have no interest in medical-related shows, but I decide to give “The Good Doctor” a go because I was interested in seeing how Freddie Highmore displayed autism in his character, Shaun Murphy.

I think that he, as well as the producers of the show, portrayed autism in a fairly realistic way.  I have had trouble finding things on or revolving around autism that did not seem overdone, completely unrelatable, or condescending to people with autism.

Of course, my view of this show is purely my own, and I am in no way saying everyone on the spectrum will enjoy this show. Also, there are spoilers in this post; so, if unlike me you do not enjoy predictability, you may want to tune out of this blog post if you intend on watching it yourself.

Dr. Murphy is in a constant battle with his coworkers and patients to prove that he can be a brilliant surgeon despite his autism. They worry that he may lack empathy and scare the patients or that he may feel overloaded and have a meltdown while performing surgery or other surgical tasks.

In every episode, Shaun disproves negative theories around him, thus impressing those around him. He had a tough childhood replete with cruel bullies and negligent parents. He often has flash backs to moments in his adolescence, and they can be quite heart-wrenching. Part of the reason why he wanted to become a surgeon was because he watched his rabbit as well as his brother die in front of him before it was truly their time to go.

It seemed to be that the main reason the hospital decided to hire him, was not because of his extraordinary abilities as a surgeon, but because of why he wanted to become a surgeon. The overseers of the hospital wanted reassurance that he could feel emotions– and of course, he could.

Shaun is often confused by his co-workers due to social reasons. I find this part of his character to be highly relatable. And, if I am being completely honest, at times certain points in the show I do not understand some of the socializing that is going on.

Dr. Murphy is rather optimistic at times. I like that in spite of his extraordinary savant capabilities, he is not narcissistic, arrogant, or selfish in any way. Shaun is very honest. He questions things that I often find myself questioning. I am not a man, a surgeon, or someone with savant syndrome. Yet, despite my typical aversion to people, I find something familiar and comforting about watching him.

In episode 7, Shaun, for the first time, met someone else with autism. Claire, a fellow surgeon, asked him if he shared comfort or recognition with the patient. He said no and asked if she met someone who also had psoriasis, if she would share a kinship with them. Claire denied having psoriasis, but still believed that Shaun and the patient felt something between each other.

I understand both of their positions, and it only makes me feel more flummoxed about my own feelings towards other humans. I apologize for the self introspection as this post was not supposed to be about me, but it is a rarity that I ever relate to a person– even if they are fictional. 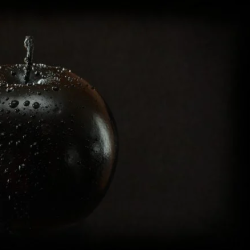 Latest posts by saspieblog (see all)

Review: The Promise and Disappointment of Everything’s Gonna Be Okay

Abed is an Example of Autistic Head-Canon I Love