Weird Shit Happens When the Lights Go Out: Dating While Autistic 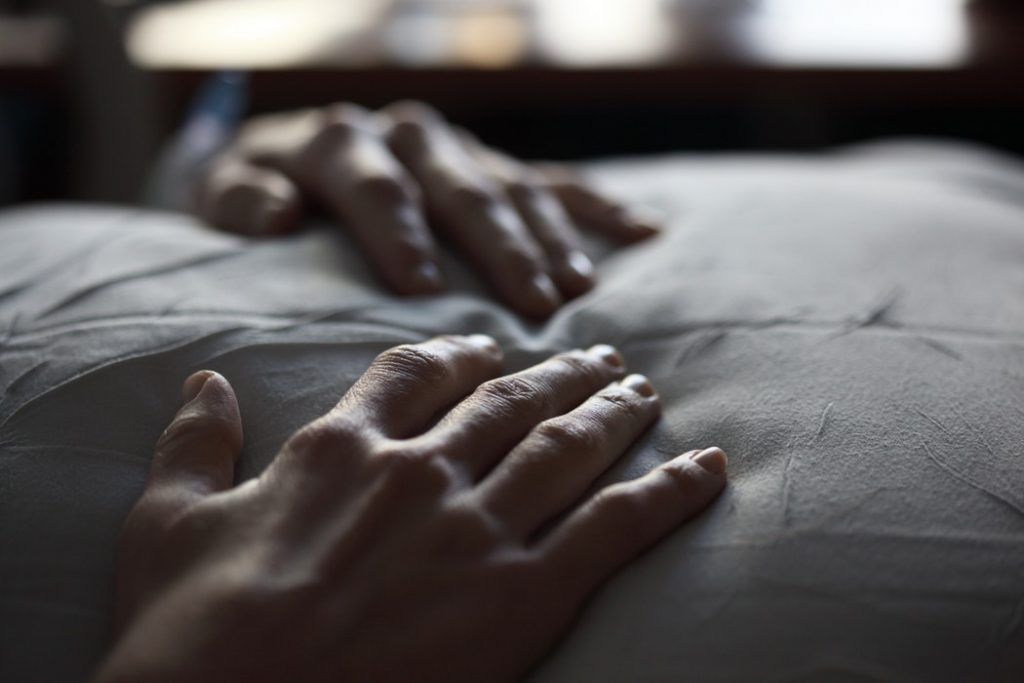 I went on my first date when I was about twenty. I know. I’m too cute to be such a late bloomer. I’m autistic. I also have anxiety, selective mutism, PTSD, and ADHD. I thought my first date would be a disaster, and it did not disappoint.

He was a few years older than me and had much more experience than me. I only liked him because he made an appropriately-timed Buffy reference. At this point, I hadn’t told anyone I was gay and still lived at home. I made up a believable lie and took a train to the city. We chose swimming as our activity. I don’t know what the hell I was thinking. I can’t even swim.

To make matter worse, I had to wear a swimsuit that was three sizes too large. He couldn’t understand why that made me feel uncomfortable. I suppose if you spend a lot of time at gyms, you get used to exposing yourself in front of strangers. I’d never been naked in front of anyone before. I remember feeling violated when I took a shower and he watched, but it also felt almost exhilarating.

Like I was something worth checking out. Yet, I couldn’t communicate my discomfort. He just thought I was self-conscious, irrational, and weird.

We went back to his place. I didn’t feel comfortable navigating the city at night alone, so wanted to head back to the suburbs in the morning. The bus ride to his house sent my senses into overdrive. He wanted to hold hands. I have a love-hate relationship with touch.

I have Sensory Processing Disorder. Gentle touches to my skin feel shocking to me, especially if I don’t have time to mentally prepare for them, while pressure can feel comforting or suffocating. The warmth of his hands felt good at first. I had never held another man’s hands.

At the same time, I still hadn’t said the words “I’m gay” aloud. I come from a broken home where abuse, criticism, judgment, and neglect were normal. My dad made homophobic remarks regularly, so I felt I had no choice but to keep quiet about my sexual orientation.

Showing public displays of affection made me feel like I was doing something wrong, even though in my heart I knew that I wasn’t. I didn’t want people to stare at me. Staring awkwardly at people is my job.

I asked some a fellow autistic friend to describe what it feels like when she hugs, hold hands, etc.

When I’m overestimated, touch feels like the sound nails on a chalkboard makes. That makes only about 50% sense, but it’s my best description.

After unwanted small talk, we went to bed. I couldn’t sleep. I didn’t want to. I have PTSD and epilepsy. I have night terrors. I seize. I scream. Not always, but enough to cause worry. Once, I woke up with a random black eye.

Weird shit happens when the lights go out.

At some point, he asked me to stand up. I didn’t have any clothes on. He slid his fingers down my back. I’d never been touched intimately before, and I didn’t know what to make of it. I liked how it felt. His touch was electric. I felt stimulated in a way that didn’t make me want to rip my skin off and cry. I hated it.

I couldn’t handle that much sensual stimulation. My whole brain went numb. I didn’t speak for the next twenty-four hours. I couldn’t even conjure up thoughts. My brain is normally in a constant state of creative energy, but now it felt like a wasteland. I didn’t even feel human anymore. I was just skin and a beating heart.

I didn’t go on another date for two years. My second first date showed me awkward is my brand. I overlooked his terrible taste in music because he had a nice smile and a cute butt. I made him dinner.

Tip one: enunciate. I asked him if he wanted carrots. He thought I said babies. I know I have a speech impediment, but carrots and babies sound nothing alike.

Tip two: don’t channel surf. We decided to watch TV. I was flipping through channels and a documentary about dogs came on. They all had missing limbs. My parents had recently given two of our three dogs up for adoption. One of them had paralysis in her back legs.

I started sobbing on the spot. I don’t cry often, but when I do, I do it on first dates. It leaves an unforgettable impression! He must have found my “sensitivity” endearing because we made love shortly after.

Afterward, I returned to the dead zone. My body and mind couldn’t handle that much stimulation. I still felt numb, but I enjoyed it. I found him attractive and enjoyed his company, so it was worth the sensory overload.

Is an hour of pleasure worth a day of not being able to form words? Apparently. We dated six months, and then I ghosted him for no good reason. My parents lost their house and moved in with me. I couldn’t bring myself to tell them I was gay, so I panicked and shut down.

NT-ND relationships are hard. Most NTs underestimate how differently autistic brains work. They think with enough practice, our communicate skills/styles will normalize.

They think that with enough repetition, the uncomfortable sensory experiences will subside. They’re usually surprised when they realize this isn’t how it works.

Some don’t care. Some have their own anxieties. I often make people feel self-conscious about their weight. I’m a skinny-ass twig with the legs of a runway model. It probably doesn’t help that I rarely think before I speak. I also have high verbal intelligence, which some find intimidating.

I feel guilty because people seem to think they need to change to impress me. You could be a modern-day Einstein with two yachts and a mansion. I’d still break out the Shania. I’d rather people embrace themselves fully.

I worry I come across as selfish. I’m not good at talking about my feelings. I don’t compliment people unless I’m mesmerized by the outfit they’re wearing.

It likely comes across as if I care less than I do. I’m not the person you come to when you want to feel better about yourself. You come to me for insults and critiques.

I’m not someone who is going to fight for a relationship. But I do care. I don’t know how to identify love. But I do feel it.