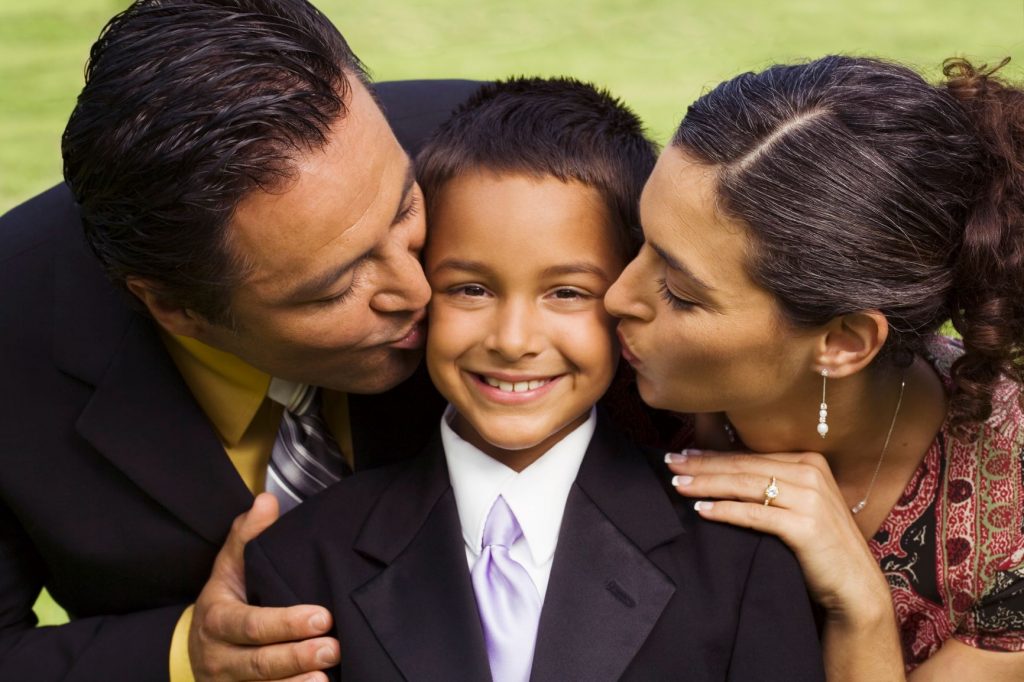 Whenever the subject of autism is brought up, it is inevitable that the parents will be discussed– or often times, will be the people to bring it up. I am nowhere near ready to be one myself, if ever, but I do know how I would prefer my parents to talk about me or how anyone’s parents should talk about their kids for that matter.

I also know how I would prefer to be treated. I am fortunate enough to have had loving parents who always knew what I wanted and needed. They sometimes sought out advice but they didn’t blindly listen to everything they were recommended.

The early years seem to always be especially rough for an autistic child as they are getting diagnosed and tons of different interventions are being pushed onto them and their parents. Other parents of autistic children seem to have tons of ideas as to how to handle us, too; but a lot of the time, their attitudes and actions are harmful and can have the effect of causing traumatic experiences for autistics in childhood.

I have no doubt that being anyone’s parent is a difficult job with very little, if any, “time off,” but there are things many self-proclaimed “Autism Parents™” do that make the autistic community cringe– including calling themselves “autism parents” as if the autism is about them. What’s even more annoying is that when autistic people try to educate them, the parents shoot back with the all-too-common, “You’re not my kid!” Or, even more damning, “You don’t speak for the severely autistic!”

I get that it can be hard to trust complete strangers on the internet, but I think that most of the time autistic people who confront martyr and warrior parents are simply trying to educate. We might sometimes come off as aggressive, but think about the ableism that we have to endure on a daily basis. Think about how frustrating it is to see people talk about us like we are a burden, a tragedy, a puzzle piece, about how to best “treat” us, what Hollywood thinks we look and act like, and I think you would realize that trying be to polite isn’t exactly easy.

So, what exactly did my parents do that was so great and exemplary? Here are the best things they did to truly support me:

They were skeptical of the information they encountered

When I was first being diagnosed, my parents looked at multiple sources and opinions. This was back in the early 2000s, so things were a bit different than they are now. The autistic community was in its infancy, and probably wasn’t in the public eye yet (and we still kind of aren’t), so it’s not like they thought to find autistic people in online forums to inquire about lived experience.

I was diagnosed right before Autism Speaks was formed. I’m pretty sure my parents would’ve been skeptical of their information regardless, especially since they had anti-vaxxer roots, but this also means they weren’t handed that terrible 100 Day Kit like many families are nowadays. My parents were, however, sold a tragedy narrative by a child psychologist who presumed incompetence.

There weren’t many child psychologists available in the state of Georgia at the time. This psychologist told my parents that I would never make it into college, and that I would most likely be in a segregated special education class until I aged out of high school– both things that turned out to be wrong.

My parents saw this guy for a little while, and he tried some kind of early intervention treatment on me that I don’t remember very well. According to my parents, I did not like what he was doing to me. He had me do some repetitive boring tasks that I would only complete to get my reward, which was playing with toys. I apparently even got smart with the psychologist and was able to fool him like the sassy young self-advocate I was.

My parents saw that I was not enjoying what was being done to me, not truly developing important life skills, and that this psychologist was not to be trusted. They stopped seeing him. Now he was allegedly really old, so he could’ve simply been a product of his time. It doesn’t excuse the horrible things he said about me and how he tried to manipulate me. I, along with my parents, thankfully saw past the bullshit he was peddling and got out of there.

Many parents are also recommended quack treatments such as chelation, which my parents would have never gone for had it been recommended to them. While I’m not entirely sure that this psychologist tried to do full ABA on me, especially since this wasn’t 20-40 hours per week, he certainly applied some behaviorist principles.

If my parents had done what other parents of autistic kids are pushed to do, they would have listened to this doctor, no questions asked, and would have put me through this monotonous intervention because it was supposedly “for my own good.”

To put it quite simply: No, it wasn’t.

I know that now, and I knew that when I was a child. Being a doctor does not automatically mean someone knows what’s best for everyone and are the most reliable person to consult about any and everything health-related. I mentioned this in my last article.

I ended up doing Occupational Therapy with a great OT who certainly presumed competence. I did a lot of fun things to help develop my motor skills such as finding items under a ball of clay that we called “hidden treasure,” scootering across a hallway, making a sock puppet that sadly didn’t survive the creation process (rest in peace, Socky), and practicing doing and undoing buttons by “putting the cookie in the mouth.”

I smile every time I think about my OT experience and desperately want to find my Occupational Therapist and thank her for her service.

They did not make everything they did about my autism and publicize my most vulnerable moments.

One trend I notice from a lot of parent advocates is that they seem to make everything about autism and claim to be “their child’s voice,” when all they are doing is talking over them. This unfortunately sometimes persists into the autistic child’s adolescence and even adulthood. They boast on their social media about how they are an “autism mom/dad.”

They often have shirts and bumper stickers with puzzle pieces on them that say things like, “I love someone with autism,” and share a bunch of memes about either how hard they have it or other stigmatizing and infantilizing canards about autistic people. Basically, they make it all about them and not their kid, ironically enough.

Really think about it– a lot of the arguments martyr parents make on the internet share a particular word. Let’s see…”you’re not like MY child,” “MY ABA is not abusive,” “I am MY child’s voice.” Notice something? They make it all about themselves. It’s me, me, me.

While my parents did advocate for me when I was younger, they still allowed me to live my childhood. They didn’t unnecessarily censor anything from me (though I understand that has nothing to do with autism specifically– they just had a more lenient parenting style when it came to what I was allowed to watch and play), but at the same time, they were parents and had rules and boundaries for me.

They are supportive and responsive to my needs while still having ground rules. My parents don’t spoil me, but they also aren’t overly protective or restrictive. When I see channels like Fathering Autism, it makes me sick. He is the dad of a thirteen year-old non-speaking autistic girl and treats her like she is a child and publicizes everything he does with her.

I can tell his daughter wants to just be free of all the restrictive things he does to her and how he and her family members talk about and over her constantly. He is making the entire thing about him, and it is all self-promotion. If you are a parent of someone who is autistic, no matter where on the spectrum they are, don’t make such a big fuss about it. Just be there for your kid and uplift them as best as you can.

They focused on doing things that made me comfortable and happy

Most importantly, and really the big takeaway from all of this, is that everything my parents did for me in my formative years had my comfort and happiness at the forefront of their thoughts. I am not denying that most parents have this mindset. It’s just that how they go about it can sometimes be more along the lines of “It’s for their own good,” rather than, “It is something that actually makes them comfortable in their own skin.”

Now, I could write a whole other article about different parenting styles, how a parent’s upbringing affects their style, and how a lot of parents get their kids to believe certain things, and some of that comes from religious beliefs. I don’t want to get into that here. If there was a food I did not like, most likely for sensory reasons, they didn’t force me to eat it. They didn’t and still don’t let me eat anything I want, because that would be irresponsible of them, but they are responsive to my dietary preferences while still encouraging me to maintain a healthy diet.

If there was something a therapist did to me that they knew I wasn’t enjoying, they pulled me from it. Part of that may be because I was so non-compliant to things I knew I didn’t like from an early age onward, but I’m sure a lot of other fellow autistic people are like this, too, yet were forced to do certain things to please their parents. They suggest things to me and encourage me to try new things every now and then, but nothing is or has ever been forced onto me.

So to wrap things up, I have excellent parents who raised me right, and who have played a role in helping me become the self-advocate that I currently am. They did this by prioritizing my own comfort, not speaking over me, and never forcing me to do anything not within reason. I realize parenting is a very complex topic, and there are many reasons why other parents may be stricter and have different rules and regulations.

I am not saying my parents are perfect, in fact, my father in particular made a lot of disciplinary mistakes regarding my autism when I was younger, but he has since learned his lesson and continues to learn more. He and my mom are willing to listen to me, and though they do not understand or agree with everything I tell them, they try their best not to speak over me and make it about them. They make autism about me, and not about their own identities.