Writing About Talking About Communicating When Autistic 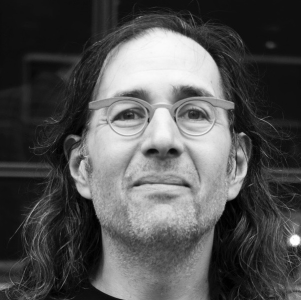 I recently found myself walking down the steps of the auditorium at a local school, stepping onto the stage, and walking over to the red circular carpet in the middle of the stage. Yup, guess this must be a TEDx talk. This was definitely not something I ever thought I would be doing. How did I end up here?

Over a year ago, I started spending a bunch of time with a 15-year old young autistic woman whom I have known for years. Let’s call her Kim (not her real name). A month or so later, I was diagnosed as autistic. I announced this to her by addressing her as ‘sister.’ She thought I was silly to have gone through the assessment. To her it was clear what the result was going to be.

At the beginning of the new school year we (okay, my friend Sarah) came up with the idea of my giving a talk at Kim’s school to give her and her classmates a view of autism from the perspective of a reasonably successful adult.

As a first step, Kim’s mom sent me a link to apply for the school’s TEDx program. After a lengthy conversation with the TEDx  committee during which I explained that I didn’t think this was the right format, as I really wanted to start a dialogue with the students, they asked me if I was saying that I didn’t want to do a TEDx.

I replied that I would be willing to do one if they really wanted me to, but that I wouldn’t mind if I wasn’t chosen. So, of course, they asked me to give a TEDx talk.

During the ensuing months of writing and rehearsals, one of the things that really set me apart from the other speakers was that everyone else seemed to be somewhere between nervous and completely freaked out at the idea of giving their talk in front of an audience.

I, on the other hand, had no concerns about this at all. Why not? I mused. I generally seek to avoid social contact, and often find myself exhausted for at least an entire day if I have too many conversations in a single day. I find simple social chit-chat challenging, and I usually believe that I am somehow getting it wrong.

So why was I so comfortable at the idea of giving a talk in public? I think that a lot of autistic people will relate to the idea that much of their interactions with non-autistic people feels like a performance.

And the worst sort of performance.

No one has explained who your character is meant to be, you have no idea what your lines are, and people often interrupt you just when you think you finally have the hang of things. To top it off, it is assumed that everyone else has done a flawless job of playing their part, but no one is ever satisfied with your contribution.

Giving this talk, on the other hand, for me at least, was easy. I actually got to be myself. I’d memorised the lines that I wrote. The rules were very clear. Especially the rule stating that if anyone did interrupt me they would be unambiguously in the wrong. Where’s the challenge in that?

The icing on the cake, as it were, is that I had already gotten my words pre-approved by the fabulous and supportive neurotypicals in charge of the program. I assure you, as an autistic person, that the experience of standing before an audience of neurotypicals and knowing in advance that what you are about to say will make sense to them in the way that you want it to is tremendously liberating.

I suspect that many people who are autistic have wanted at times to get a group of neurotypical people to just sit down and listen while we explain to them what being autistic is really like for us.

We want to believe that if people would just listen we could change some of their thinking about autism. From that perspective, being able to give this talk was a bit of a fantasy come to life.

Having said all that, there were things I was worried about. My primary fear was that parents of nonspeakers or those with complex communication barriers would feel that I was disrespecting the challenges that they and their children face.

It is hard to express the mixture of relief and validation that I felt when one of my wife’s best friends, who has such a child, thanked me profusely and asked if we could talk about autism because she felt that I could help her understand her son better. During our ensuing conversation, I mentioned some of the challenges I face due to having severe prosopagnosia (face blindness). I asked her if she thought Dave (not his real name), her son, might have this as well.

She looked almost shocked. “All his life,” she told me, “Dave has acted as if he doesn’t know people who he has met before. I’ve always said things to him such as ‘of course you remember so-and-so’ and he says that he doesn’t. It never occurred to me that maybe he can’t recognise them.” She wasn’t sure how successful she would be, but she promised that she would try to find out from Dave if this is what is going on.

I’m not sure what is next for me, but giving this talk feels more like a beginning than an end. I feel like I have something to contribute, and I seem to be able to get at least some neurotypicals to sit, listen, and learn.

I’m already looking for other opportunities to give talks, and I certainly plan on having more to say in writing as well. Sadly COVID-19 has derailed my plans to go back to Kim’s school to give my informal talk this year. Hopefully that will happen next year instead.

I hope you enjoy the talk. Please let me know what you think.