What is Pathological Demand Avoidance (PDA)? 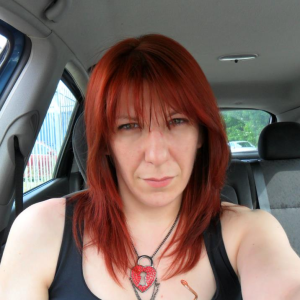 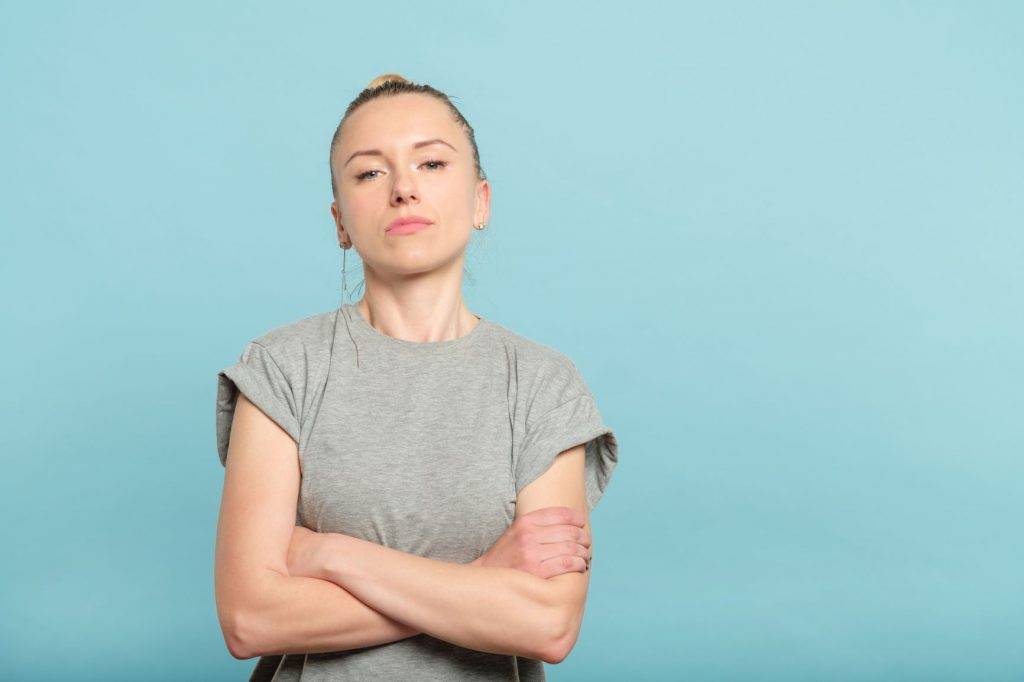 There is a great deal of speculation and confusion surrounding Pathological Demand Avoidance (PDA), ranging from its validity as an independent diagnosis to its characteristics and its cause.

This is due to the fact that as a label/diagnosis, it is still in its infancy, and there has been very little research into it.

My aim is to help you to understand PDA (as far as the current findings are), what PDAers experience, and how you can help to support the PDAer in your life.

Going back to the beginning

PDA was first coined in 1980 by Elizabeth Newson, who was working in the Child Development Research Unit at the University of Nottingham at the time.  Over the span of six years, she had identified twenty-one children who displayed many autistic traits but were not diagnosed as autistic due to the fact that other characteristics were different from what autistics at the time were experiencing (good eye contact, imaginative play, good level of social interaction and capabilities).

These twenty-one children all had the same characteristics, so she concluded that it was a label in its own right under the diagnostic umbrella Pervasive Development Disorder (the same category as autism spectrum disorder) but was not autism itself, even though it shared many similar traits.

Below is a table that Elizabeth Newson created in 2003, to show the key characteristics of PDA and how they differ from those of autism and Asperger’s syndrome (as this was still a diagnosis in its own right at the time).  Table can be viewed in the original source by clicking here.

Editor’s note: This table uses clinical/medical language from 2003. The information is presented for historical and educational reference only and is not reflective of The Aspergian’s perspective, opinions, or language used to describe autistic/PDA children.

In 2013, Elizabeth O’ Nions et al. ran a study to examine the behavioural profile of PDA children in comparison to children with autism and also children with conduct problems and callous or unemotional traits.  She chose these three groups because of the fact that PDA children appear to have traits from both conditions.

The results of the study found that although PDA does have characteristics from both ASD and conduct problems and callous-unemotional traits, the standard techniques that work for accommodating these groups do not work with those with PDA.  The study also found that there are characteristics within PDA that do not fit into either of these groups.

While these findings could indicate that the PDA group has ASD with co-morbid conduct problems, plus additional extreme emotional symptoms, this does not fully explain or characterize the main difficulties in PDA. Specifically, poor social cognition associated with autism appears inconsistent with instrumental use of social manipulation.

Impoverished imagination in autism is inconsistent with role play and excessive fantasy engagement in PDA. While children with conduct problems may resist complying in order to persue their own interests – for example to avoid a task they dislike – obsessive avoidance of even simple requests, regardless of the personal consequences, goes beyond this. (O’ Nions et al. 2013).

Another possible comparison they draw is that the motivation behind the behaviours (between PDA and callous-unemotional traits and conduct problems) is markedly different.  With conduct problems it is more about their want, will, and personal gain, whereas with PDA it is a pathological need to be in control, regardless of whether or not it means that they will get/do what they want.  In fact, those with PDA will often act against their own interest and desires in order to maintain control.

Bringing us back to the current day: Dr Judy Easton (consultant clinical psychologist) is the latest to delve into the diagnostic criteria and profile of PDA, and has worked with the PDA Society.

She has amended Newson’s original criteria to remove the language delay (with fast catch-up) and the neurological involvement, and has included sensory difficulties, with a focus on interoception (the ability to recognize internal messages such as hunger, thirst and needing to use the toilet), a commonly-reported issue with PDA children.

One common aspect of ASD is often a cause of confusion about PDA, and that is demand avoidance.

The majority of autistics suffer from demand avoidance to an extent, this avoidance increasing with the level of stress that they are experiencing.

However, those with PDA do not simply have extreme demand avoidance which is affected by stress levels.  Their demand avoidance applies to every single instance where they perceive a demand; this could be getting up in the morning, eating, drinking, toileting, going to see a movie that they have been really looking forward to seeing, playing with a new toy, etc.

It is uncontrollable and all encompassing.

In recent months, PDA has become a buzz word that is thrown around when someone is explaining their demand avoidance.  Other than representing their own struggles incorrectly, doing this also undermines what those with PDA actually suffer and experience in daily life, as well as the struggles that their families endure.

PDAers are masters of demand avoidance in that they are skilled at making excuses or using distraction techniques to avoid any demands put on them.

These techniques can include procrastination, negotiation, hurting themselves so they are unable to complete the request, withdrawing into a fantasy world, or physically attacking the person making the request or demand.

Violence is often used when their anxiety levels are high and they don’t think that any other form of avoidance will work, or their emotions and anxiety peak and they have an explosive meltdown.

Another difference here between autistics and PDAers is that autistics don’t use social techniques to avoid demands in the same way that PDAers do. Autistics often either ignore, walk away, or withdraw from the conversation or situation.

Another difference between autistics and those with PDA is that PDAers can appear to have far greater social understanding and communication skills compared to their autistic counterparts, though unfortunately it is often the case that their level of understanding is far lower than what it appears to be.

PDAers often learn from a young age to watch and mimic their peers in order to fit in or be accepted.  They also tend to learn a number of social niceties or polite responses in order to appear more socially fluent than they truly are.

I have heard the phrase that PDAers have a super mask (like a superior form of autistic masking) with which they can appear far more at-ease and in-control of social situations that would make their autistic peers incredibly uncomfortable.

This “super mask” is used as a control tactic, a way to lower their anxiety and make them able to cope in that situation by acting and appearing like they fit in with those around them even though inside they are drastically different.

Unfortunately, this can sometimes come across as controlling or dominating, especially if their anxiety levels are high, as they desperately try to gain control of a situation that is beyond their control.

When I was young, every time any boy asked me out, I automatically said no even if I really liked him and wanted to go out with him.  After I turned him down, I would think about it for a few days, and if it was someone who I really liked, I’d go back to him and ask him out, all to be in control of that situation.  At that point in time, that was a subconscious instinct on my part, but looking back, I can see how that was an avoidance tactic I used a lot in my youth.

Like those with ADHD, PDAers tend to be quite impulsive in their decisions and actions, unlike other autistics who much prefer a more rigid and predictable routine in place.

An interesting theory that I have recently heard is that PDA could be a combination of ASD, ADHD, and SPD (Sensory Processing Disorder).

This would cover the autistic aspects of PDA, the impulsivity and lability of mood of ADHD, and the sensory difficulties of SPD, although I still feel that these three conditions do not entirely cover all of the characteristics of PDA.

One thing that has been reported by many families of PDA is that the techniques that work with autistic children are the opposite of what works with PDA children.

Most notably, autistic children tend to respond well to and need a rigid routine and clear instructions, whereas PDA children respond best to having no routine at all and a very child-led approach with zero demands.

Most PDA children do not cope well with schools, as they are unable to comply with the rules and regulations that the school applies, making the PDA children lash out in an avoidance attempt, or they could hold it in until they return to the safety of their home, and then they unleash all of their emotions in one go.

As it stands, a great deal more research and study needs to go into PDA to determine whether it is an autistic profile, a diagnosis in its own right away from autism, or if it is autism with a number of co-morbid conditions.

We at The Aspergian are still in talks with the PDA Society, autistic advocates, PDA advocates, and other professionals relevant to the discussion about PDA and its relationship with autism.

All parties who believe that PDA exists are in agreement that it is neurodivergence, but the primary source of debate revolves around whether or not PDA is a profile of autism or if it’s a separate condition that can– but does not always– co-occur with autism.

Another source of contention is whether or not PDA is actually pathological, or if it’s a natural consequence of sensory and social overwhelm or the fear of overwhelm that prompts demand avoidance.  In behavioral science, something is pathological when it substantially hinders the quality of life of an individual and/or others in an individual’s life.

We will keep you up-to-date on PDA information as we continue to discuss relevant issues and interact with the community, researchers, organizations, and advocates.