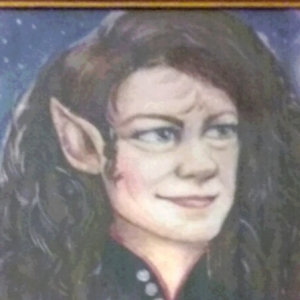 I was born in the late 1960’s to an undiagnosed Autistic mother and an abusive father with Borderline Personality Disorder. I was the oldest child, and only daughter, in an extended family that still had notions of the proper “place” for females. Consequently, I had to learn very early how to abide by the rules to lessen the emotional, psychological, and occasional physical abuse.

These included looking all authority figures in the eye, speaking as little as possible, doing as you were told without question, and never asking anyone but my mother the dreaded question, “Why?” And so I began, what was unknown to me then, the process of Autistic Masking.

I learned this lesson well enough at home that when I started at a parochial school, I was well-primed to be the ideal student. I was gifted, which helped academically, and my insatiable curiosity made the schoolwork something I was very interested in.

I had learned early on that in my extended family of teachers, it was expected to always be the best, so I applied myself diligently to get good grades. Perfectionism in the classroom was a sense of pride, and helped me avoid some of the abuse. My father had less reason to be upset with me if all my teachers raved about me. This, however, didn’t translate well to the rest of school life.

When it came to other children it was completely obvious that I was different. I went through school with more or less the same group of 60 kids from 1st grade through high school graduation, so we all knew each other pretty well.

It reminded me of living in a small town– we all knew the others’ strengths, weaknesses, and we had long memories for mistakes made. I had a few friends, but they were mostly other “outcasts” – those from broken homes, poor kids, those with physical or neurological diversities.

But I usually still didn’t fit in, regardless of all the work I put into watching and trying to copy what the other girls did. I graduated with honors, but with a side order of loneliness and depression.

My first marriage was short– we had one child together, but married too young and weren’t well-suited. My second marriage produced my Autistic child, but my husband was reluctant to deal with his severe mental health issues and was very abusive. I am on marriage number three now.

Through it all I managed to get my MA, spend a lot of time as a very poor single mother, work two jobs sometimes, and take full-time employment that didn’t use any of my skills or education.

I got my diagnosis of Autism after many battles with depression, anxiety, and complex PTSD. The journey there was like many in the Autistic community. Since my youngest child was in 2nd grade, I had been trying to get the schools to test her to see what was going on. It took until she was 14 years old to finally find a therapist who recognized it right away.

In the process of researching what was going on with her, and then what I could do to advocate for her, so much of what I read from amazing Autistic authors sounded like what I had always been like. Their experiences resonated so much that I approached my daughter’s therapist and asked to be tested. I was so incredibly lucky, at 48 years old, to find someone who would even look into it.

My diagnosis was life-changing in the best way. It helped me frame my experiences in an entirely different light. And now, instead of always assuming my job, social, marriage, and other failures were entirely due to my perceived inadequacy, I had a new lens through which to more realistically examine my past.

I have always suffered with two things that, simultaneously, are very difficult to reconcile– an extreme sensitivity to the moods of those around me, and Alexithymia (the struggle to identify emotions in yourself). As part of my Autistic journey, I discovered that all my life I have used songs to help me identify and process these– hence the title of this piece.

I grew up listening to bands from the 1970’s and 1980’s, so this is from where most of my play list is drawn. And when thinking about doing this piece, Supertramp’s “Take the Long Way Home” popped up right away in my mind.

For a lot of us, we are “playing a part in a picture show” every day that we mask, every time we try to be something we’re inherently not– whether it be at work, school, or even, sadly, with family and friends. “… there are times when [we] feel [we’re] part of the scenery, all the greenery is comin’ down.”

No matter what we do, we feel like just background noise, on the fringes of a world around us we struggle to understand. We’re “forever playing to the gallery,” over and over, day in and day out. Which, honestly, beats the alternative – being the star of the show for the wrong reasons.

Being a “dinosaur” at the ripe old age of 51, I finally joined Twitter in May of this year. I was a lurker for a while, following only my oldest child, an old friend, and some of the people I love from my favorite TV shows. I was amazed when I found that The Aspergian and so many other sites I read that were so incredibly helpful on my Autism journey were there as well, so I followed them, too.

But then, lo and behold, I found more “old ladies” and “old men” like myself. I have finally found a group that understands what I’ve been through, and we can ask each other the “Do you…?” “Have you noticed…?” and all the other questions we have been afraid to ask, or couldn’t find anyone to answer. I have also learned so much from younger Autistics.

Being a late diagnosed Autistic can be really hard. When I get sad pondering it, there is one stanza from Supertramp that seems to best sum up what I feel, and help me work through it. It’s a long process, and one that makes me sad for all the lost opportunities I had because I didn’t know about Autism. But being an Autistic Elder is my opportunity to give someone else the benefit of my hard-won knowledge and experience.

Does it feel that your life’s become a catastrophe?
Oh, it has to be for you to grow, boy.
When you look through the years and see what you could have been, oh,
what you might have been, if you’d had more time. 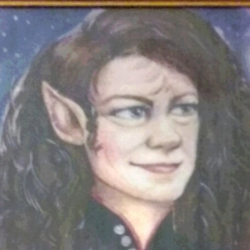 Latest posts by AspieJedi (see all)