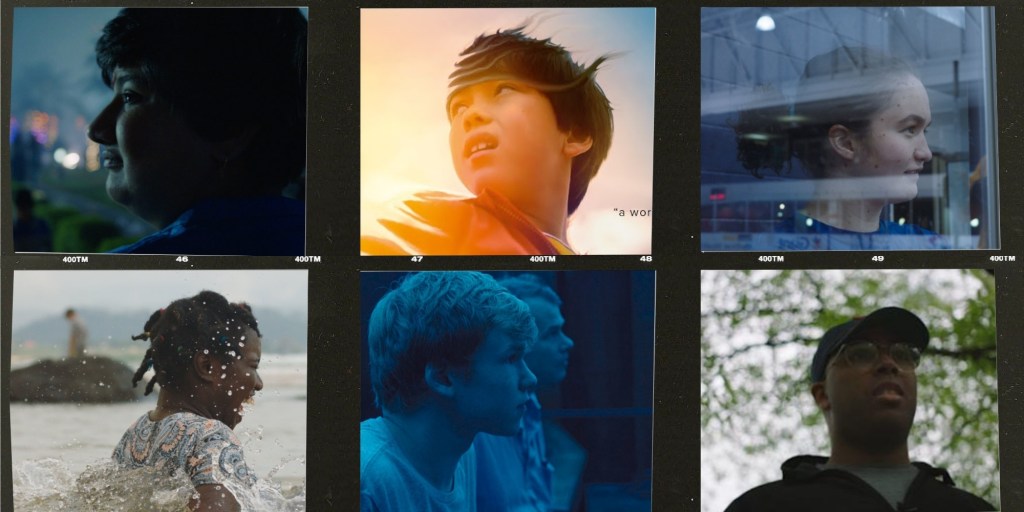 The Reason I Jump is an internationally acclaimed multi-award winning film adaptation of a biography belonging to Naoki Higashida, a nonspeaking autistic from Japan. The film, which won Best Documentary in the prestigious British Independent Film Awards (BIFA) and Audience Award for World Cinema Documentary at Sundance 2020, illustrates Naoki’s words and depicts the lives of autistic individuals across the globe. Such a presentation of autism provides the audience an alluring glimpse into the autistic mind. As a nonspeaking autistic myself, to see so many diverse autistic individuals on screen, represented accurately and truthfully, was a refreshing step forward for my community. Our existence deserves to be acknowledged and normalized not only on screen, but in everyday life. The creation and success of this film brings us hope that this one day may become the reality for our world as a whole.

I was fortunate to be given the opportunity to personally interview several individuals affiliated with the film and to discuss the impact the film has had on them — and all those that see it. Two cast members, Emma Budway and Elizabeth Vosseller, and crew members, Jerry Rothwell, Stevie Lee, David Mitchell, and Jeremy Dear, willingly divulged their experiences on set and perspectives on autistic representation.

From the start of the production, Jerry Rothwell, the film’s director, wanted to give his audience a never before seen “sneak peek” into the inner workings of the autistic mind. That is, specifically, the minds of us nonspeaking, minimally speaking, or unreliably speaking autistics, as initially characterized in the book, The Reason I Jump. This is no easy task when we communicate in an entirely different method than standard vocal speech. We generally depend on one or more modalities of “Assisted Augmented Communication” (AAC) to be heard, but have a beautiful, intricate inner world to share. Jerry was intent on showing our world as we feel and see it. In our interview, he conveyed his aim to “take an audience into a different sensory experience so they were less reliant on the words people said and became more attentive to the nonspeaking characters and their environments.”

Unfortunately misrepresentation of us has been the norm. Too often film and media utilize harmful motifs and narratives when depicting autistics. These stereotypes are often outdated generalizations, or sometimes outright inaccurate, and based on years of misleading assumptions. Nonspeaking, minimally speaking, and unreliably speaking individuals are particularly vulnerable to these harmful misrepresentations since they require appropriate accommodations to speak for themselves. Too often our voice is disregarded or invalidated in the media and consequently, in society. The Reason I Jump provides a framework of how to correct these narratives.

The film’s production team recognized that the only way to fix these historical injustices was to more fully amplify nonspeaking, minimally speaking, and unreliably speaking autistic voices. As stated, the current norm of representing nonspeaking autistics as “nonthinking” must end. We deserve the right to speak for ourselves and represent ourselves in the media and everyday life.

In our interview, David Mitchell, one of the book’s translators, illustrated this dichotomy — of the norm and what autistics deserve. He shares, “The worst documentaries ‘shoehorn’ their autistic subjects into neurotypical narratives. The best documentaries, like (in my opinion) The Reason I Jump, enable communication from the autistic subjects directly. The films themselves become a kind of letter-board.” The “letter board” David refers to is a low tech, laminated board with the letters of the alphabet printed on it, allowing the user to point to individual letters to spell out their words and thoughts.

When being represented in film, it is essential those who are nonspeaking have their letterboard, or preferred method of AAC, in order to accurately represent themselves, their perspectives, and their stories. Rothwell further highlighted the autistic right to self-representation in our interview, saying, “It was important that the film should be focused on autistic young people themselves and not led by their parents and carers.” While loved ones and neurotypical advocates may have only good intent, they can never truly be the voice of an austistic. At the end of the day, the only way to accurately represent and understand autistics is to listen to their voices directly.

When speaking to the film’s cast and crew, it was evident they prioritized accurately representing the autistic mind, as told by autistic voices. Prior to filming, Rothwell read lots of writings by nonspeakers to help inform his approach. The film’s team also put together a consultation group made up of autistics before actually filming, and held multiple discussions throughout the film’s production. “They (the autistics) guided all of our decisions about the presentation of autism in the film as well as informing our hopes and dreams of what the film might be able to achieve for the neurodiverse community,” says Stevie Lee, one of the film’s producers.

Even after the film’s release, the film crew still continued conversations with the consultation group about outreach and advocacy tied to the film. Behind the scenes, the team tried to create employment opportunities by hiring autistic musicians, production assistants, and even their synesthetic sound designer, Nick Ryan. Emma Budway, a member of the non, minimally, and unreliably speaking autistic community and one of the lead actors, affirms the accommodating nature of the film’s environment. In our interview, when asked if it was hard to speak up, Emma shares, “Not at all. They really gave us the space and time to be us.”

When a film crew acts with accommodation and understanding to the autistic voice, it gives space for us to show our true, exquisitely complex, selves. “It is not easy being autistic but our lives can include beauty, friendship, love and a richness you cannot imagine,” Emma Budway describes in our interview. I fully concur with these sentiments and assert that we nonspeaking autistics are just as intricate and diverse as neurotypicals, and we deserve to be represented as such in film and society. While there is a long history portraying a monolithic autism in film, Lee sees a path for change. “Autistic characters in drama need to be played by autistic actors. They need to be three dimensional, not simply a device to serve the purposes of a plot but properly representative of the infinitely various autistic community,” Lee urges.

The Reason I Jump strives to authenticate autistic diversity through the actors in the film. The film spotlighted five individuals, each advancing the film’s narrative with their unique story to share. As another of the film’s producers, Jeremy Dear, related in our interview, each actor brings to the film “a very different world view and a different way of interacting with it.”

Part of the beauty in the actors’ stories comes from their cultural differences. The film portrays autism across the globe, something not often seen on the big screen. Dear acknowledged this deficit in representation. In his interview, he recounted that “films about autism often tend to be very US/Europe focussed; that’s fine, but we need to ensure that such voices from other places are heard, too.” Creating space for the full spectrum of autistics, across individuals — and across the globe — is required to truly reflect autism and all its diversity.

Only with accurate, diverse representation in media can there be societal change. We must make every effort to depict and normalize the autistic presence in everyday spaces. Mitchell delineated this well when we spoke, outlining that “‘full representation in film” is inseparable from ‘full representation in society.’ Where the narrative of autism is simplistic, false or lazy, let us seek to correct it. Where the narrative of autism is insightful and true, let us seek to promote it.” Autistics have always existed in society, but have been ignored and suppressed from actively functioning and contributing for far too long. We can and want to be a part of it.

As human beings, we non, minimally, and unreliably speaking autistics have the right to live equally multifaceted and fulfilling lives, and with accommodation and understanding this is entirely possible. Society must see us and believe in our capacity to make that change. When speaking with Emma Budway, she shared this sentiment: “My hope for the film is that we can show the world a better way forward to include all autistics in school, employment, housing and society.” I couldn’t agree more.

A Path for Hope and Change

Prior to The Reason I Jump, autism has never been illustrated in film with such regard to true autistic voices. To no surprise, the outcome is an exhilarating experience lending honest, accurate insights into what autism can look like when out loud, “verbal” speech is limited or nonexistent. The production of this film is a potential true catalyst for change — providing explicit, detailed information to neurotypicals and igniting hope in the neurodiverse community.

Cast member Elizabeth Vosseller sees a similar promise of change in the future. “There is still a long way to go, but I am confident and optimistic about the future as more nonspeaking, minimally speaking, and unreliably speaking people are finding their voices and telling their stories… Every story paves a road for change,” she proclaims. Simply put, every autistic voice we listen to, assign agency to, and assume competence in, is a step towards a better future.

Such change is no easy endeavor, but in the words of David Mitchell, “Change can be slow, frustrating and tiring, but change is possible – and anyway, we have to try… If you care about human beings, you owe it to humanity. Change is inevitable. Let’s make it good change.”

Personally, I believe in this film’s message for change and commend it for being such an important, pioneering, and powerful cinematic endeavor, and for moving us that much closer to the necessary societal goal of equality for all. One might even say, hope and belief for it being a strong and meaningful proponent of change gives myself, a nonspeaking autistic, a true and real “Reason to Jump.”

Links for viewing The Reason I Jump: 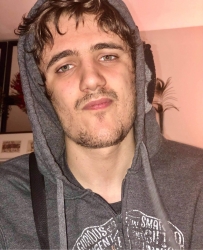 benbreaux
Ben Breaux is a 21-year-old nonspeaking autistic with epilepsy from Northern VA. In addition to passions for writing and advocacy, Ben likes to say, "I love music, math, and cheese!"

Ben has written many articles for numerous autism advocacy groups worldwide and is a proud representative for his community on several advocacy boards and committees, both in the state of VA and nationally. He is currently working towards getting a full High School diploma via "A2A," an online academic and support program for Alternative Learners. Ben strives to show the world that an intellectual disability will not hold him back. He is an aspiring journalist with big aspirations to come.

He feels it is very important that non-, minimal- and unreliably speaking autistics have equal rights, opportunities, and voices in society and shares his beliefs and impressions on his public Facebook Page, Ben B. - My Own Words: Reflections of a Nonspeaking Autistic. and just recently on TikTok @benbnonspeakingautistic.

Benjamin loves having fun and spending time with his beloved friends, family and "Team."

The Arc of VA’s “A Life Like Yours” ALLIANCE Liasion

If you enjoy Ben's writing, please consider leaving a tip in his virtual tip jar by clicking here.

Latest posts by benbreaux (see all) 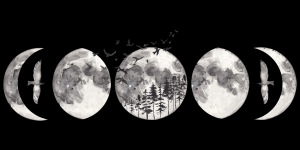