Osime Brown: A Life Sentence for Not Stealing a Mobile Phone

Osime is a Black autistic immigrant.

Being Black and autistic can be life-threatening. Navigating the complex social rules of adolescence and young adulthood without being able to avoid suspicion is a delicate dance.

Due to a combination of racism, ableism, and suspicion about to atypical body language or eye contact, BIPoC autistics are at a high risk of negative interactions with police.

Osime Brown found himself in this place, at an extremely vulnerable intersection of three marginalized identities in an increasingly hostile sociopolitical environment.

He has suffered incredible injustice and prejudice.

Osime was arrested in 2016 over the alleged theft of a cell phone. In 2018, two years later when he was old enough to be charged as an adult, Osime stood trial and was convicted of theft.

This happened despite witnesses for his defense–those who actually took the phone– pleading guilty and testifying that Osime tried to stop the older teenagers from taking the phone.

Osime was sentenced to 5 years in prison for something he never did. Now, while suffering from extreme stress and trauma from the industrial abuse he’s suffered, Osime has been scheduled for deportation to Jamaica.

Osime left Jamaica at age four and has no family network there, which could prove dangerous for him, since as an autistic person, he has high support needs.

There is a petition demanding his release.

There are two types of restraints that are disproportionately applied to people of color and people with disabilities:

In fact, it almost has killed him. Osime has had two major heart surgeries. He was mechanically restrained for those, too.

According to his mother, Joan Fairclough:

They did an angiogram through is hand, and immediately the cuff was placed back onto his right wrist, where the catheter was inserted into his hand. His hand was swollen and he was in great distress, but they did not care! He was also double cuffed and chained to an officer. He could not East properly because he was chained to an officer. They stripped him of his dignity.

Not only has Osime been mechanically restrained, but he has been chemically restrained, too. Chemical restraint is the use of medications, usually sedatives and anti-psychotics, to restrict someone’s movement or freedom.

Osime has developed a heart condition since being in prison, where he has undergone two operations and has had a loop recording device implanted in his body to monitor his heart.

The reason for his condition, on top of the extant distress he has suffered because of abuse and bullying in foster care and in prison, is that he was chemically restrained with antipsychotic medication to such an extent that it damaged his heart.

With the first surgery, the surgeons did not administer enough anesthesia, which left him awake throughout the entire procedure.

Seclusion is commonly used as a means of punishment, and disproportionately against people with disabilities and Black and Brown people.

According to Jennifer Litton Tidd of Alliance Against Seclusion and Restraint,

Being black isn’t a crime, nor is being autistic. Yet we start subjecting seclusion in the form of solitary confinement torture on these marginalized populations in pre-school even though seclusion has no educational or therapeutic value, flushing them down the pipeline to eventual incarceration. That’s if they survive restraint and seclusion as children.

Solitary confinement of autistic people is taking someone who struggles to communicate and slams the cell door on them, effectively silencing them, sometimes forever.

Osime has experienced seclusion, many times. This happens when he as an autistic meltdown. The guards there provoke Osime to meltdowns. His mother mourns,

He was in solitary confinement for a week at one occasion because one of the officers told him to F— off and go and self-harm. He was upset, threw the char to the floor in his cell, and he was punished.

“The authorities and institutions have had their foot on his neck for many years. Because of his lifelong mental health conditions, he is choking in isolation.”

While Osime’s sentence was five years long, he will forever bear the health effects of a broken heart and the literal and emotional scars of profound trauma and abuse.

Once full of energy, the trauma and heart condition have had lifelong impacts on Osime’s health. His mother reports,

There are lots of things he is unable to do now because of his heart condition. He suffers now with shortness of breath and cannot walk for long without falling over. I made complaint and the prison move him to a ground floor because he fell off the stair, whilst going to his cell. Climbing stairs is a problem.Now, he complains every day of how tired he is.

During school, teachers characterized Osime as disruptive, a trouble maker, rude, and would refuse to assess him, despite his family pleading for the school to understand that Osime just didn’t understand what teachers were saying or what the expectations were.

Teachers punished Osime for rocking, holding his hands over his ears, and vocally stimming (making noises), denying the obvious indicators of autism and instead suggesting he was just misbehaving. For people of color, it is all too common that neurodevelopmental conditions go undiagnosed, with students instead being diagnosed with behavior disorders.

Osime would often elope from school when confronted by teachers and being chastised for “being disruptive” to the learning process at school.

Shortly after his diagnosis, Osime, much like with the case of Martin in the Netherlands, was removed from his loving home without investigation or support provided for the family.

A few days later, Osime was taken to a children’s home without his mother’s consent and with no legal paperwork for his mother to sign. Osime has not lived with his mother since that very day.

Because of this, Osime was bounced from home to home in foster care. He was placed in foster care without any investigation, rotating Osime through  placements in one year.

Guilty by Association for Being Autistic and Black

According to Fairclough in this article, “[The courts] exploited [Osime’s] disability. He was an easy target to push the blame on to,” referring to the teenagers who framed him for stealing the cell phone. “His autism means he always likes to please the people he’s with. He can be easily led and manipulated because he is very trusting.”

The joint enterprise law (guilty by association) was evoked in order to sentence Osime to 5 years in prison.

If Osime’s case was tried in the present day, Osime would not have been able to be sentenced, as the joint enterprise law has now been deemed unlawful. Still, countless innocent people— mostly Black men– sit in UK prisons having been convicted of crimes they didn’t commit merely for being in the vicinity.

Osime is one of those people.

“The result of the isolation and treatment being inflicted upon him is resulting in the breath being squeezed out of mine and my family’s lives, because we have and continue to do all that’s within our power, to engage with the powerful authorities, who have stifled all our attempts, through bureaucracy, and indifference to my son’s mental health condition,” Fairclough continued.

Perhaps the most devastating chapter of Osime’s story is one that hasn’t yet been written. The UK has decided to deport Osime Brown back to Jamaica upon his release in October.

Osime does not know Jamaica, does not remember it, and has high support needs. He did not know Jamaica wasn’t part of the UK. He asked if it was in Manchester (which is where his mother lives).

There is every reason to believe that, had [Fairclough] been listened to and instead of removing Brown from his family when he was barely 16, it would have been possible to support his mother to manage him in a situation where people loved him and who were prepared to impose a structure on his life.

But they were given no support, no guidance, no good faith.

Osime’s family is in the UK. In Jamaica, He would have nothing and no one.

In fact, just being moved between cell blocks in prison has been more than Osime can handle. His mother cries as she relates,

Each time they move him, he is not allowed to take his belongings. They promise him to take his drawings, stereo hi-fi to his new location, but they did not. His clothes were stolen, and he is treated with no respect or dignity. His reply to them when they wrong him is “Thank you.”

Every mother of an autistic child will feel that to their core. Terra Vance, founder of NeuroClastic, states,

This all sounds like my child. It sounds like my brother, who apologized to bullies who hit him when they complained it hurt their hands. It sounds like Matthew Rushin before he was sentenced to fifty years for a car accident. It sounds like the last words of Elijah McClain, who told police as they cut off blood supply to his brain that they were beautiful and he loved them.
Every human being should be outraged by this. The outcry over this should not be solely from parents of autistic children, from Black women, or from autistic self-advocates. Every single person in the world should fight until none of our children are in danger of this kind of injustice. We should all take up the charge to fight for Osime Brown, for Matthew Rushin, for Darius McCollum, and posthumously for Cornelius Frederick, for Elijah McClain, and for Max Benson.

Black autistic people are easy targets for police. Osime is in prison for a crime he did not commit after already having endured the oppression of a life where teachers and healthcare professionals treated his medical and neurological autistic needs and traits as bad behavior.

All people with privilege to have escaped this level of injustice, who are free, should help this mother give her son the care he will need. Everyone needs to watch this impassioned video from Joan Fairclough:

A Call to action:

Here are some ways you can help:

Sign this petition from Autistic Inclusive Meets demanding that the UK stop the deportation order.

Use this template to write your MPs (if in the UK). 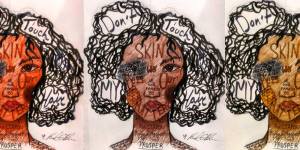 The Importance of Black Barbers as Staples of the Community 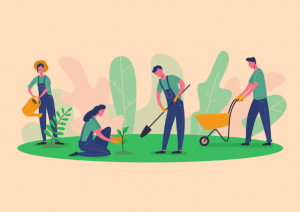 Poetry: I Don’t want to hear it, and neither do you