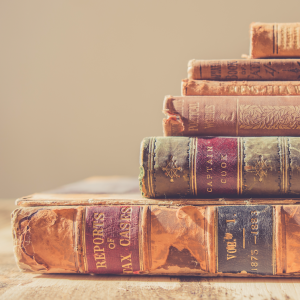 The history of humanity is orthodoxy fighting advancement. And losing. Every time.

Because the fact is, without innovative thinkers, without the people who see the world differently, nothing would change. Without the weirdo who looked at the festering fleshsack of bacteria that is raw poultry and decided to throw it on a fire, we’d still be spending 16 hours a day chewing bark. In a cave.

Don’t get me wrong, we need the orthodoxy. We need the ones who do things the way they’ve always been done, who get on and live and die as the world turns, in their billions, unnoticed. The cannon fodder of history keep things going. And then we need the ones who know the truth of what it is to exist that the rest do not. Who watch the swing of a pendulum and see the curvature of the earth. Who think to wonder why the apple falls.

It’s a majority versus a minority situation. A conventional versus unconventional. Without us unconventional types, nothing would move. Progress would be suffocated by the phrase, “But it’s always been done that way.” You need the ones who don’t care how it’s always been done, who aren’t bound by the dogma of what is possible, to create the impossible. Because once upon a time, in a kingdom far far away, the lives we live now are impossible. But made possible by people like me.

There’s resistance to positing a diagnosis of autism on historical figures, and that’s understandable. The evidence is often scant or circumstantial. And we don’t claim all human achievement as our own, but, let’s face it, when you look at the people who have changed the world, they weren’t particularly… well… typical.

Take, for instance, Thomas Tallis. At the dawn of the European Renaissance, a monk attached to the Tudor court, known for being odd, for being all but mute, and for composing music almost unfathomably complex, innovative and beautiful that it doesn’t matter how atheist you are, it is the music worthy of God. Because it was not composed for a human being, or a typical mind.

It is probably apocryphal that when Handel finished composing the Messiah, having spent weeks in his room, hardly eating and sleeping, feverishly scribbling at his parchment, knowing what the first violins were doing while the second violins sawed away, while the wind and the brass sections busied themselves, knowing what 19 singers and 37 players were doing individually, what it would sound like when they came together, and only by what was written on a page. He emerged at last, exhausted and drained, and declared, “I have taken dictation from God,” and promptly collapsed.

We are the innovators. We are the ones who look at the world and see not what is, but what can be. And just think what could be if we didn’t have to fight. If we were allowed to grow towards our own suns. How far we could have taken the human race had we not had to battle for every inch by grudging inch. What heights of utopia we could have reached for you if we didn’t look at every child who avoided eye contact, or walked on tiptoes, or was late to talk, in terms of how to make them normal. That most limiting of words. I look at my autistic son and wonder not how his life will be curtailed, but how he will change the world.

It was Einstein who said that it was insanity to do the same thing over and over and to expect a different result. But the history of humanity is doing the same thing over and over again until the person arrives who does something different and is accused of being insane. Or heretical, or weird, or wrong. Until finally, through unimaginable bravery and persistence, the majority lose the fight. And it becomes the norm, it is adopted and absorbed, until the next revolutionary thought and act, and we repeat the process again.

In less enlightened times, the people who rose above the typical masses were thought to have touched the face of God. But now science and pathology have degraded our brains to a more terrestrial level, burdening us with labels that have set us free. But even now, where everyone is unique, we have to fight to own the space we occupy, blazing trails the children trapped in endless ABA and normalisation therapies can follow when they finally break free. And they will travel further, blazing their own paths. Standing on the shoulders of giants, and seeing more than you know could exist.

I am autistic. I see a spectrum of light you do not. I see the world in terms you can’t conceive of. I see the absurdity of what is and the beauty of what is possible. Stop fighting me, if only because you will always lose.