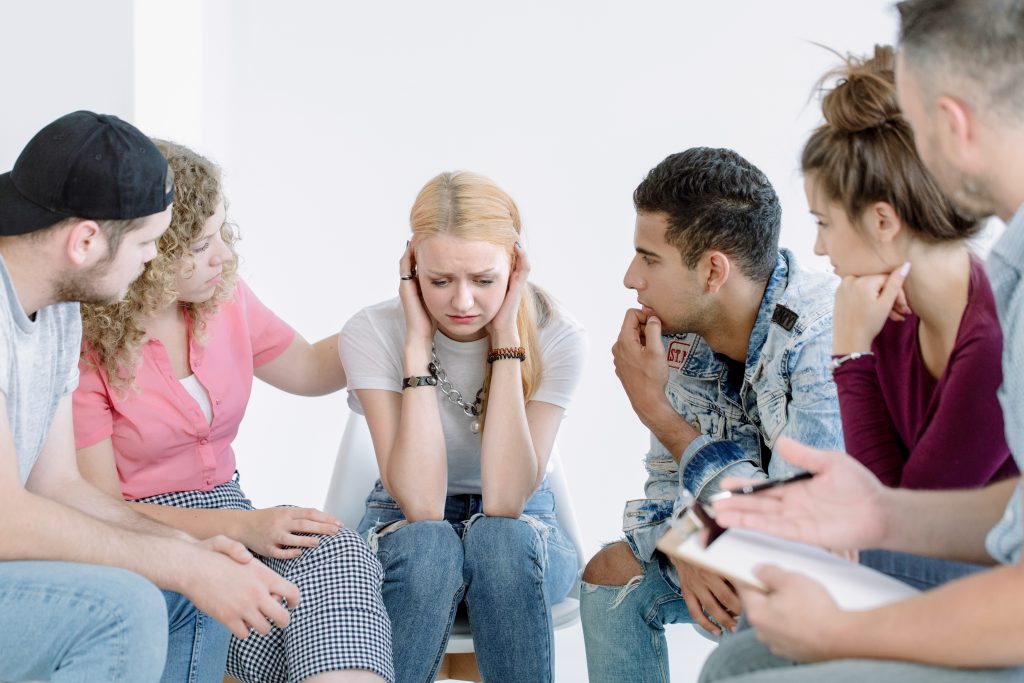 “Do unto others as you would have them do unto you.”

Or in modern language, “Treat other people as you would like to be treated.”

Everyone knows about The Golden Rule. Most people learn about it from a young age, either in school, or in church, or from their parents. But this rule is part of the reason why unintentional harm of autistic people starts so early in life and is so pervasive in our society.

When I’m having a shutdown, I’d prefer non-autistics to:

However, we’ve taught neurotypicals incorrectly. We’ve been telling them their entire lives to treat other people as they would like to be treated.

Question: What if other people don’t like to be treated this way?

Do you know how many interactions cause autistic people harm and could be easily mitigated if non-autistics stopped assuming other people were exactly like them? If instead of projecting our own needs and emotions onto others, we actually learned about each other’s differences, listened to other people, and respected their own different needs and way of being?

The assumption that everyone in the world has brains that work the exact same way actively harms minority neurotypes– and disabled people in general. This is why we need the idea of neurodiversity, so that people understand that not everyone has a brain that works the same way as their own. And that doesn’t make anyone “wrong” or “bad” or “weird”– it’s just different ways of processing stimuli.

All of those different ways of being should be respected and heard– not just one.

Unintentional Harm: The Fallacy of “We’re All The Same”

We autistic people have spent years, sometimes decades, hiding our sensory pain and overwhelm. When I told people that the TV was too loud as a kid, or that someone was talking too loudly, they didn’t experience it that way, so they ignored my requests.

They said not to worry about it. I didn’t have the vocabulary to tell them that the sound was physically hurting my ears. You see, I, and other autistic people, thought that everyone had our same experiences– that everyone had pain with noise, so we hid it.

I tried not to flinch when the school bell went off. I tried not to grimace when I walked next to a lawnmower. I thought everyone else just figured out how to easily hide their sensory pain, and that I was required to do the same. And this hiding of my pain, for over a decade, was partially because of The Golden Rule– that somehow we’re all the same, that we must all have the same sensory experiences.

That really harmed me.

I want to tell my childhood self that we don’t have the same experiences– that she was brave for putting up with as much as she did. That she didn’t have to do that. That she should’ve been allowed to wear headphones, to be accommodated, to be herself, to feel okay.

“Treat other people as you would like to be treated.” The Golden Rule is a backwards way to treat other people, and it harms us. It harmed me. I don’t want another autistic child or adult to be harmed because of this ridiculous rule on how to treat others. Treat others with compassion. Do not treat them as an extension of yourself.

In an anecdotal facebook experiment by Terra Vance, both neurotypical people and autistic people viewed the image below and provided their own interpretation of the situation: 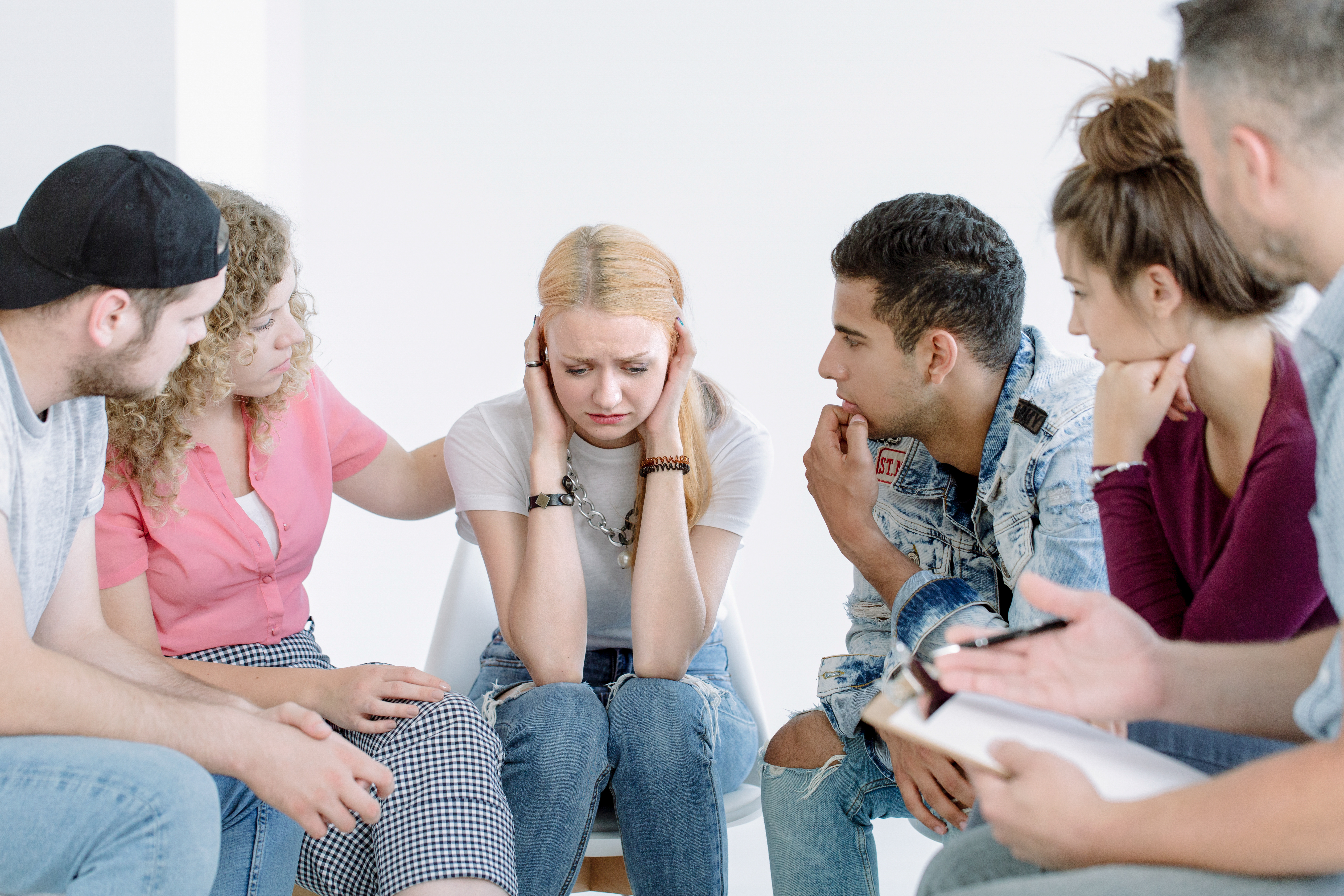 Unsurprisingly, most of the neurotypical people commented on this picture assuming that the blonde woman in the center, who seems upset, is being supported and comforted by all of the other people sitting around her because she needs emotional support. Here is what some non-autistic people had to say:

This is an intervention.  She is struggling with addiction, and the others are trying to let her know that she’s supported.

A young lady is having a hard time and the people around here are supporting her, helping her through it.

A teen girl is struggling.  Her parents are on one side and her peers are on the other side showing her support.

The lady in the middle is having a hard time making a decision, or is upset about the results or outcome of something. The others are trying to comforting, helping, guiding her.

However, most autistic people had a different read on the situation.  Here’s what some said:

On first glance, I thought Sensory overload of the woman in the center because multiple individuals are talking at once, she seems to be overwhelmed and possibly on the verge of a meltdown or shutdown with no place to go. -Andrew Wolfheart Sanchez

How not to comfort me when I’m upset. (group of people looking at me and about close enough to sit in my lap eeeeeek) -Eve Reiland

She’s overwhelmed. She needs everyone to just leave and give her space- probably for the rest of the day at the very least. The crowd is trying to help her and make things better for her but the reverse is actually what they are inadvertently doing. -Brandi Peyton

Honestly, this is triggering to me. It seems like someone has invited all of these people over to watch this person freak out… The people on the right disturb me.  Especially that asshole with the clipboard and their hand up. That hand is saying WAY too much. -friend

What neurotypical people may think of as comforting, autistic people may experience as intrusive and painful.

Treat other people as they would like to be treated. Listen to other people’s experiences without projecting your own. Respect their needs even when they are different from your own. You do not have to understand someone to respect them or help them. You merely have to listen to how they want to be treated.