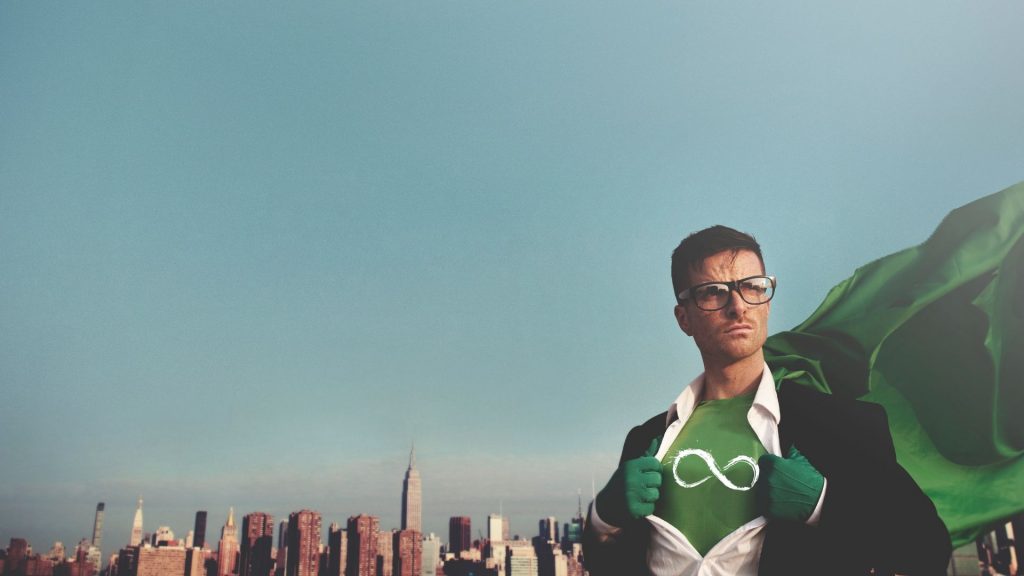 Often you see two common narratives about disability that appear to be the polar opposites of each other. On the one hand, you have people who will feel sorry for you for being disabled, think of it as a burden placed upon your family and friends, and see it as something that needs to be prevented, treated, or cured.
This is seen as harmful by a sizable majority of people in today’s world, though there are certainly exceptions.
Of course, it is harmful. This perspective makes people like me feel ashamed for existing, and that I would be better off being an entirely different person who wasn’t seen as so needy, and to some, genetically inferior.
Autism awareness campaigns tend to bank heavily on this narrative, and many parents of autistic children love to jump on this bandwagon. Otherwise known as warrior/martyr parents, they center their lives around trying to figure out how to best treat their child, and it often leads to them putting their children through harmful behavioral treatments to try and make their child seem more normal, as to ease the burden of shame on the parent.
Sometimes these parents even go to extremes and give their children bleach enemas or try something called chelation to attempt to flush their autism out of them.
Any reasonable person sees the problem with the tragedy narrative.
The other extreme, though, is just as bad. The idea that autism– or any disability for that matter– doesn’t “define someone,” and that, “The only disability in life is a bad attitude.” 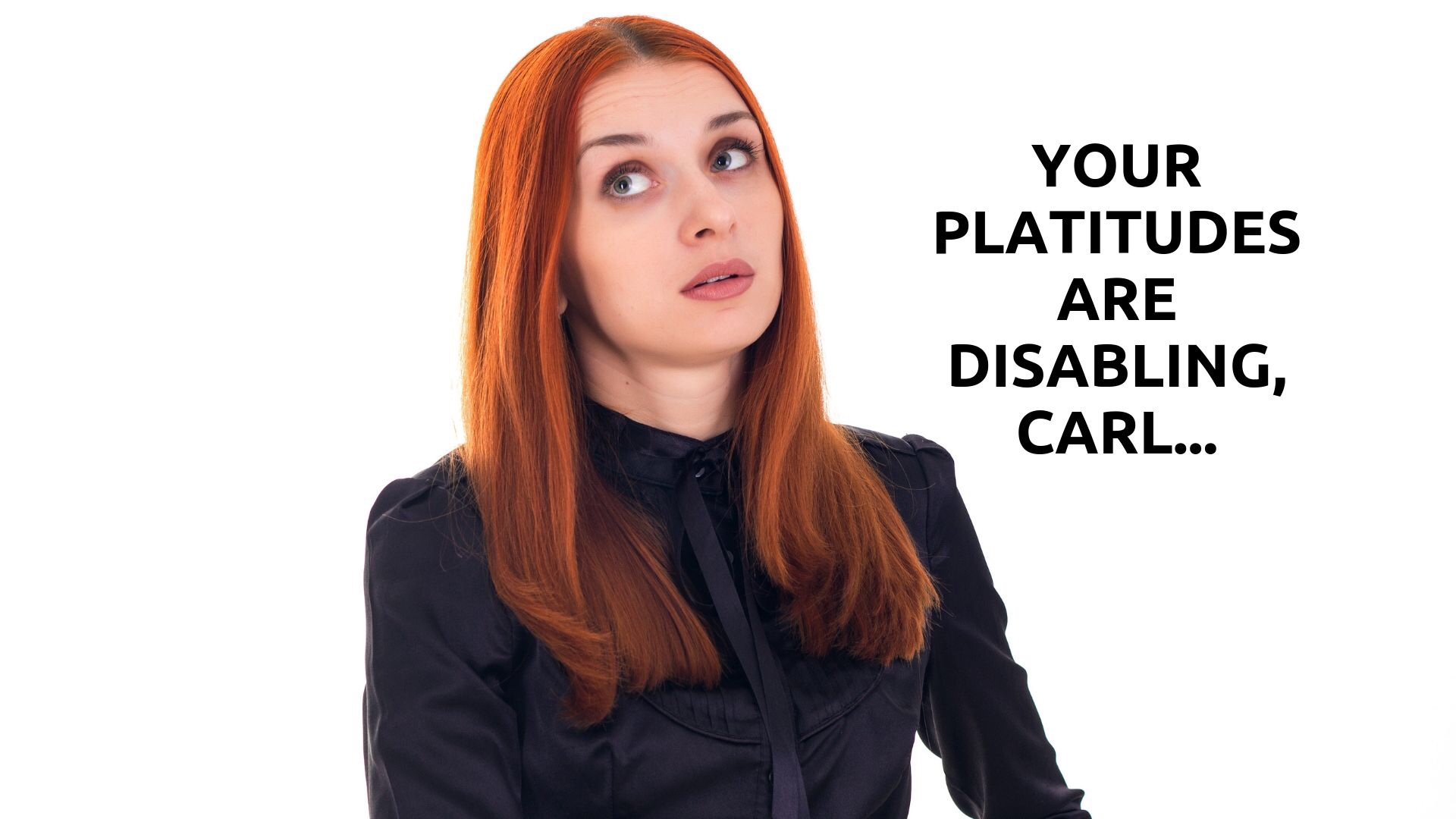 I get where these people are coming from. They certainly mean well and want to make people feel good about themselves. Though in doing so, they end up portraying us in an equally-damaging way that ignores our needs and infantilizes us.
Infantilization is a MAJOR issue in the greater disability community. It’s basically whenever a disabled person is talked about as if they are an adorable and completely-wholesome person who is, “mentally a child in a teenager/adult’s body,” which greatly affects the way people sometimes talk to us.
I often see disabled adults talked to in a lighter tone of voice as if they are mere children who do not even realize they’re being talked down to, which I cannot stress enough, is not true. I’m not sure abled people even realize that they do this half the time; I think it could possibly be an unconscious thing they do by instinct.
This goes even for people who are intellectually disabled. Intellectual disability does not equal being less mature than what’s considered “normal.” It often means the brain develops at a different pace or a person has barriers which skew test results. The whole idea of intellect and IQ is an ableist construct to begin with, and it gives people excuses to treat more profoundly-disabled people as if they aren’t even human.  Intellectual ability is not related to level of disability.
You see the “disability doesn’t define someone/ the only disability is a bad attitude” narrative most clearly in cases of inspiration porn. Inspiration porn is when you see something on the news about a disabled person defying expectations and doing something that abled people are already known of as capable of doing, or when somebody does something nice for a disabled person and that action is seen as newsworthy. It paints the abled person as a hero or savior of some sort, as if being a decent human being to someone with a disability is worth brownie points.
In other cases, such as on America’s Got Talent, when someone who is disabled delivers an amazing performance. In those cases, the disabled person is talked about as if they “overcame” or “defeated” their disability by showing their gifts.
Now don’t get it twisted, these stories are great and seeing good in the world, especially nowadays, is a much-needed reprieve, but it comes at the expense of the disability community. The problem lies more so within how the media treats these events rather than the events themselves.
I know shows like AGT are defined by inspiration porn and are designed to make their viewers feel good and give them hope in this world, but these kinds of things hurt the disability community more than they do other communities. It makes us out to be a source of emotional relief for abled people while completely glancing over our needs and it in turn stigmatizes the term “disability.”
Disability is seen as a dirty word, so much so, that people like to dance around the term in fear of offending us, when in reality, we are disabled– not necessarily because of our supposed personal impairments and deficits, but because of a society that does not always accommodate us properly. Saying things like “you’re just differently abled” or “you are handiCAPABLE” not only makes us cringe, it completely misses the point of disability.
Interestingly enough, there are autism awareness campaigns that also use this narrative. It’s almost like non-autistic people don’t seem to understand us that well. Advocates of person-first language argue that a person’s humanity should be seen first and not their disability (see also– “see the person, not the disability”), as if the disability is a bad thing or even can be separated from the person.
Disability is an important part of one’s identity. To “not see the disability” is to look past an important aspect of one person’s identity and lived experience. To be fair, some disability communities and individual people prefer person-first language, but to exclusively ascribe to that language against the wishes of an individual is the main problem.
This attitude applies to every marginalized community. I’m talking about how it affects the disability community in particular, but similar principles apply to when talking about race, gender sexuality, religion– any intersections of identity. Being blatantly racist and believing your race is genetically superior is obviously harmful, but on the other end, doing everything in your power to try and stop racism by attempting to stand up for people of color while ultimately talking over them is just as bad.
All it does it make you feel better about yourself by trying to help a community in need who are perfectly capable of advocate for themselves and on their own terms. It is much more authentic to see those communities lead the dialogue on themselves.
And that means allowing disabled people to choose to define their disability on their own terms.
Anyone who decides that what society has shamed, feared, and attempted to erase is a superpower is making a choice to self-empower, and that needs to be supported. The Neurodiversity Movement is about empowering people to be their unashamed selves, and it’s also about asking the world to recognize and accommodate for the struggles of the neurodivergent.
Often, this means acceptance– acceptance that each person has separate strengths and disability, and that sometimes a disability can be supremely empowering.  Take, for instance, Greta Thunberg.  She states that before she found an avenue to direct the hyperfocus afforded to her as an autistic, she was miserable; however, finding a way to invest her intense and passionate focus as an autistic superpower.  Context matters.

Ultimately, social justice is not a marketing campaign, and it helps nobody for people in states of privilege to attempt to be the hero. It’s not noble to remove people’s autonomy from them when they can advocate for themselves, but they need people in a majority position to use their privilege to bring their voices into the conversation. If you want to know how to best serve a community that is not your own, ask. Listen. And most importantly, let them lead the way.