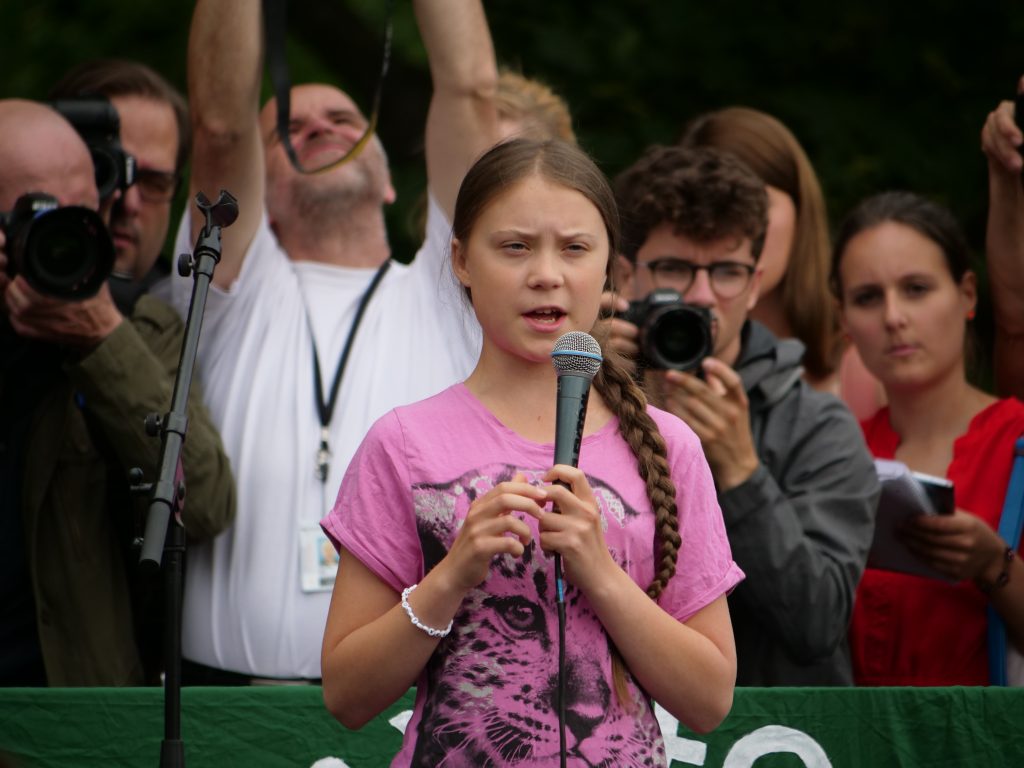 I was a little late in catching on to Greta.

Interestingly, it was around the same time I had come to my (later-in-life) diagnosis that is so typical of women on the spectrum.

I had battled with labels that I suppose would have hurt me if I cared what people thought of me: ice-queen, cold, robotic, intimidating, death-stare, overthinker, anti-social.

Here was an adolescent girl, who was brave enough to use her voice so loudly and without fear of censorship, and now she was being called similar things, and on a public scale at that. This young woman fascinated me. In looking into what can only be called a “phenomenon,” I found out she was also on the spectrum.

It was a revelatory moment for me. The pieces all clicked.

I think that myself and many other autistic individuals, especially those identifying as female or non-binary, looked in wonder at this young person: unafraid, bold, passionate, making sure she was heard– all the things so many of us couldn’t do or be because society wouldn’t “let” us.

She seemed to me to be like the warrior princess who rose up and fought without fear. The fact that she was diagnosed at a relatively younger age than most females are, and the fact that her “quirks” were embraced, encouraged, and leveraged for the greater good was amazing and gave me hope.

Greta’s fearlessness is inspiring. So many of us were conditioned to be silent. Our opinions were offensive, challenging, “vain.” Our questions made people uncomfortable with themselves, and they lashed out at us.

So we censored ourselves.

Should we have been pushed into this situation? She wasn’t, and look at the outcome! Sure, she probably cannot change the world on her own. So many factors work against her. However, it is amazing what can be stirred up by one bold voice that will not back down. We applaud her.

Her cause, or special interest, is one of the world’s biggest issues, but as is so typical in human history, it was being largely ignored. Her upbringing clearly gave her the space to pursue her special interest. What will become of what she stirred up?

I can only sit back and watch this younger generation become mobilized by her passion and more importantly, her truth. We, on the spectrum, value what is true, not what is popular. Superpower, maybe? To not feel compelled to follow the herd. To not care if we are popular or liked by the masses. I would say this IS indeed a superpower! Oh how I wish it was nurtured in me, too!

She is informed, educated, self-confident and unapologetic in the face of ad hominem attacks from “notable” figures. She makes these individuals uncomfortable in an almost “uncanny valley” sort of way. They cannot put their finger on it, so they try desperately to figure it out. The things said about her facial expressions, her neurodiverse status, mental health and so on, were so appalling and vicious that an extraterrestrial watching all this could only assume she was some kind of threat.

But you know what? Maybe that is the point. Her face speaks truth as well as her voice. It speaks of the rage at the injustice of the situation. Autistics (especially females) mask like crazy in order that they not face the ostracism she has faced. But she inspires me to speak my truth on my face.

I feel empowered by her. Never mind who thinks I am an “ice-queen.” I will be happy to take that label and run with it. This ostracism isn’t in any way new to us. It was like watching a movie about ourselves when we saw how she was treated by the public.

My closest blood relative has come to visit me in the past few days, for the first time since my official diagnosis. She wanted to understand my “condition.” She really meant well. She asked many questions, and in the process I could see in her mood and voice, the idea of me being somehow less than human for “not having feelings or understanding them in other people.”

Eventually, I conceded. I said, “You know how I was called a robot growing up? Well let’s just say that that’s what I am, most of the time, anyway.” And we left it there. The “robots” in the uncanny valley. We know this is how we are perceived. But this isn’t a good representation of who we really are. We are so much more. If only people were not afraid of what is deemed “different.” If only.

She is an intelligent young woman, probably more than most people realize. She could use her intelligence to achieve financial and educational prestige. She could use her “privilege” to conform to society’s extreme expectations as they define “success.” But she isn’t doing this. She is pursuing what is true, what is truly important, urgent, and has thrown her own ego and attempts to make herself “look good” out of the window.

In a way, she has “gotten over herself” and is urging others to take off the veil and LOOK at what is really happening.

Isn’t that what the world needs? For people who are in power to get over themselves, and DO SOMETHING selfless? Face the truth?

Embracing neurodiversity, encouraging it, and listening to us can shake the world. Please hear us.