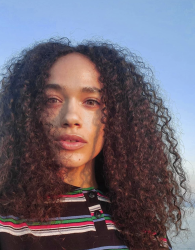 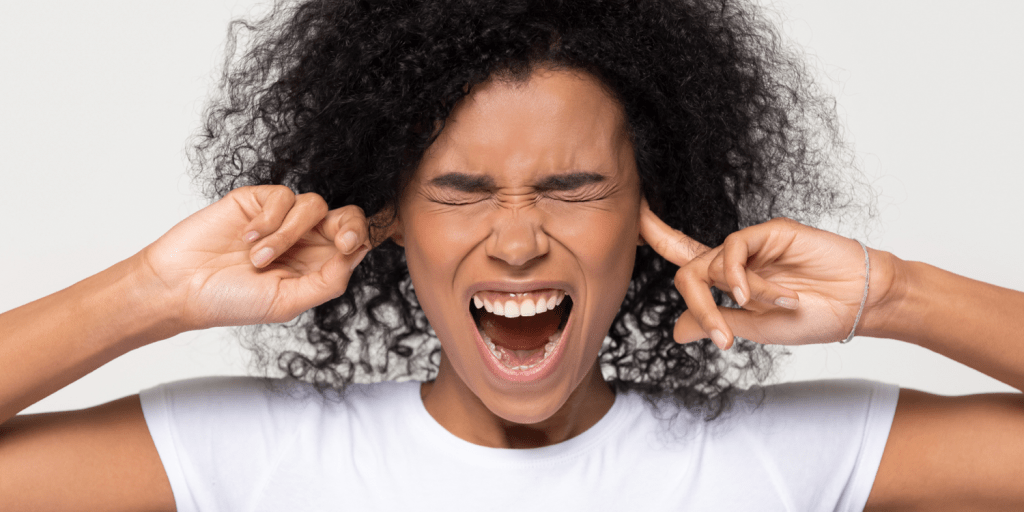 The dance club swirled around me in a helter-skelter of flashing lights, pounding music, laughing crowds, and spilt alcohol. My friends chatted away, enjoying Saturday night revelry. I, too, was having fun. I danced to my favorite songs. I sipped at a few spiked sparkling waters.

I masked myself into a delightful companion.

But when I returned home, the sensory and social overload kicked in. I started shouting at my housemates. Anger pumped into me like a ferocious waterfall into a small pond.

I couldn’t contain the emotions. I started throwing potted plants at glass windows. I screamed unintelligible words. I grabbed my friend’s computer and threw it on the tile floor. The screen shattered as my emotions exploded into painful shards.

What is an autistic meltdown?

What is an autism meltdown? For each autistic individual, meltdowns will present a little differently. According to Autism West Midlands, an autism meltdown is a time of crisis during which “a person may show extreme behaviors like shouting, self harm, aggressive behavior, and repetitive behavior” that may or may not pose as “a risk of harm to the person themselves or to others.”

These crisis points are triggered by high levels of stress, as well as social and sensory overload. Autistic people are more likely to experience these meltdowns than neurotypical people for a variety of reasons, but a notable finding is that autistics “tend to start their day with a higher level of stress and anxiety, leaving them with less room to cope with additional stress” (Autism West Midlands).

In high school, I woke every morning to a quiet house. I practiced my usual routine of washing my face, brushing my teeth, getting dressed, and eating breakfast. I walked to school alone, enjoying several minutes of peace through a nearby park.

However, as soon as I stepped through the school gates, my serenity crumbled beneath the social weight of everyday interactions. I fixed a neurotypical mask on my face. I watched my words and expressions, scrutinizing any possible slip-ups. I followed school rules to a T.

Everything bottled up, and after hours of play-acting, I returned home to a bustling apartment. I melted. My mother and older siblings couldn’t understand why I immediately started slamming doors and shouting at them.

They had no idea how much stress I’d endured throughout the school day. I couldn’t possibly pretend to be neurotypical at both home and school.

Meltdowns are NOT Tantrums

There is a common misunderstanding that meltdowns are the same as tantrums. This mindset is particularly damaging to autistic people, because it minimizes the need for the loving support that we require during these critical moments.

Merriam-Webster defines a tantrum as “a fit of bad temper.” The term evokes images of children screaming in grocery stores over an unpurchased toy. Some may imagine an angry adult that raises their voice in order to bully a partner or friend. When meltdowns are painted as tantrums, people perceive autistic individuals as manipulative, destructive, and infantile.

After I graduated college and moved into my own apartment, I tried to navigate a new world of professionalism and adult friendships. One night, a newfound friend came to my apartment for dinner.

We ate stir fry and laughed about our workplace troubles. I was succeeding at social interaction! My attempts at eye contact, my collections of prewritten scripts, my well-practiced facial expressions–my mask was working. Then, politics came up.

“While I think that gay people should be treated the same as everyone else,” she said, “I simply believe that marriage is only meant for a man and a woman.”

Her words lit a fire in my gut. Like many autistics, I have a strong commitment to social justice and human rights. I began to visibly shake in anger. “How could you say that?” I shouted.

My guest stood, trying her best to explain her position, but my brain could no longer comprehend her words. My emotions crashed and burned. Desperate for release, I grabbed the nearest item and threw it to the ground at her feet. Luckily, it was only a set of keys.

Some might say that my actions were meant to force my friend into following my personal set of beliefs. But what was really going on? In my personal experience, I have never had a meltdown that was intended to control the actions of others.

Bashing my head into walls, shrieking in psychache, and throwing objects have never been my method of conflict resolution. In fact, these extreme measures represent the physical manifestation of my inner turmoil. Somehow, somewhere along the way, my sensory, social, and personal needs had been swept under the rug. Under the pressure to be as neurotypical as possible, I buried my fears and frustrations until my stress levels combusted.

Meltdowns: Cause and Effect

Do I have meltdowns so that people will meet my needs? No. The truth lies in a different cause-and-effect. People insisted on ignoring my needs, the consequences of which peaked in a meltdown. No one wants this catastrophic end result. The autistic person doesn’t choose a meltdown, and the witnesses want the meltdown to go away.

Years before my diagnosis, my sister met a man at a bar, and he asked her out on a date. The only catch was that he wanted to bring his friend, and he hoped that my sister knew someone who would be his friend’s date.

“Please do this for me,” she begged. “I really like this guy.”

Wanting to help my sister out, I swallowed my discomfort and accompanied her to an unfamiliar bar in the middle of downtown. I masked the night away, flirting and drinking. When we finally emerged from our “successful” date, we stumbled down the sidewalk, trying to locate the nearest trolley stop.

As we became more and more lost, the pressures of the day started to fester. I was exhausted, and I was frightened. The excess spilled forth in a slurry of anger. I started needling my sister, spewing vicious insults. My limbs trembled with fury.

The Danger of Being Undiagnosed

When we finally arrived at the trolley station, we discovered that we had missed the last trolley. We were stranded. My fear struck like lightning.

I will never know exactly what happened that night.

I remember screaming. I remember my sister’s terrified expression. But my meltdown was so severe, I actually blacked out. Even though I appeared conscious, I have no memory of anything I said or did. Only my sister knows.

Eventually, a family member picked us up and took us home. By that time, the anger had subsided. A deep-seated sorrow took its place. I locked myself in my bedroom. No one came to check on me.

In the end, I took over seventy-five pills in an attempt to stop the emotional pain. I wound up in a hospital for four days. No one knew I was autistic. No one really understood what had caused my suicide attempt. Including me.

Supporting Autistics Through a Meltdown

First, avoid physical touch. We will most likely experience overstimulation from touch. This is because our senses are already heightened.

Second, give us space, but do not leave us alone. If we retreat to another room, leave the door cracked open and check in on us regularly.

The Grander the Effort, the Harder the Fall

Only a few years ago, on New Year’s Eve, I attended a party at a friend’s house. It took me hours to get dressed. I wanted to match the mood of the evening. I had to blend in. I prepared conversation starters and imagined the food and drinks I would ingest. By the time I pulled up at the house, I felt like my mask was secure. I believed I would have a good time.

Nearly twenty people crowded under one roof to ring in the New Year. I took shots with friends and strangers. I played board games. I made new acquaintances. Everything seemed to be going so well.

Then, I overheard a nearby conversation. A young white man was talking about some people he knew from Nicaragua. Only he didn’t call the Latin American country Nicaragua. He said, “Niggeragua.”

I am African American. I was stunned by this man’s use of the slur. Even more, his companions only laughed at his words. Astonished and offended, I confronted the man. “Did you just say what I think you said?” I asked. He didn’t deny it.

I quickly ejected myself from the situation. Stumbling to a nearby friend, I recounted the story. She herself was tipsy from one too many drinks. Without my knowledge, she went up to the man and told him off. In retaliation, the man’s girlfriend started screaming at me in front of the entire gathering.

“You’re trying to destroy our friendships!” she shouted. “You think you’re so special, but you don’t even belong here.”

She and her boyfriend left the party. I cracked. I started crying. Uncontrollable sobs wracked my body. For an hour, I moaned. The majority of the party-goers told me that I was overreacting.

“This is the way things are,” they said. Finally, my best friend took me home. In the end, I lost a lot of friends that night. They used my meltdown as an excuse to let me go.

Mapping the Cause for Meltdowns

In truth, it was all of the above.

When it comes to pinpointing the cause of a meltdown, it is essential to look beyond the final trigger. Meltdowns are an amalgamation of ongoing stressors. The breakdown is the dynamite that explodes, but there are almost always several fuses that have been lit.

Mapping out the multiplicity of triggers can help autistics recognize the many catalysts that may result in a meltdown. We have to see the big picture in order to begin preventative care.

Given my long-standing history with meltdowns, many may be surprised to learn that I haven’t had a meltdown since that New Year’s Eve party.

By mapping out my triggers and prioritizing preventative care, I’ve been in a stable phase for over two years. While this is not necessarily possible for all autistics, we can strive to curtail meltdowns.

Even so, it is imperative that we tackle our meltdowns in order to meet our own needs. We must care for ourselves. We will never be able to prevent a meltdown by prioritizing the comfort of others. Autistics are trying to please others all the time. We are already masking and overloading ourselves all day in order to fit in.

Meltdown prevention is for the autistic person. If we try to avoid our meltdowns by stuffing down the maelstrom brewing within us, we may wind up with psychological trauma. Autistics are already hiding. By coming into the light, asserting our boundaries, and having those boundaries supported by others, we can find healthy ways to prevent meltdowns. Through autism acceptance, we can find our peace.

Autism West Midlands. Meltdown and shutdown in people with autism. 2016.

Contact Me
Lauren Melissa Ellzey
Lauren Melissa, known across social media as Autienelle, is an autistic advocate and social justice influencer. She seeks to cultivate awareness and acceptance for the actually autistic community through neurodiversity activism. Even more, she actively engages in dialogue across lines of difference, highlighting the inequitable systems that oppress queer and BIPOC communities. Leave Lauren Melissa a tip on Ko-Fi.

Contact Me
Latest posts by Lauren Melissa Ellzey (see all)