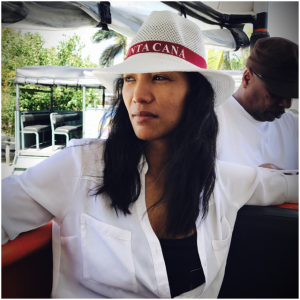 Have you ever heard a seemingly successful and ‘high-functioning’ Aspie try to explain how exhausting a day at work can be, or say that Asperger’s ‘ruined’ their career? In this article, I will provide just one detailed [real-life] scenario along with a commentary and analysis from an objective standpoint. Aspie’s and neurotypicals (NTs) both can benefit from having a deeper look inside to gain an understanding of what’s happening on both ends.

A bit of background information to provide context: Aspie has spent many years as a consultant in his/her area of expertise and has recently taken a full-time permanent management role. Aspie is well-versed and seasoned in this area and now manages a small team that creates content for a knowledgebase used by employees and the internal service desk agents. Aspie’s boss is a senior manager who hired Aspie so the company could leverage that previous experience.

NOTE: The following dialogue is pre-diagnosis, so Aspie and boss are both interacting without the awareness that there are any neurological differences to consider. This is important because many undiagnosed Aspie’s go through these types of situations all their lives. Constantly struggling to figure out WHY they have such a difficult time interacting and communicating with others.

Situation: One of Aspie’s internal customers is requesting that the team update their process to include additional data collection (‘x’ number of analyzed problem tickets) over a period of time to serve as justification for adding new articles to the knowledgebase.

Boss: What do you think about the request to update the process?

Aspie: I think the request is unreasonable and changing the process will cause a significant reduction in my team’s productivity.

Boss: Why will productivity go down?

Aspie: Because of the time it will take to perform the additional tasks that will be required due to the change. It’s just not feasible.

Conversation continues in more detail for 45 minutes. Then comes back to:

Boss: How would you feel about potentially changing the process to satisfy our customer?

Aspie: I feel like we shouldn’t change the process. The current process is efficient and thorough, and it WORKS. We’ve recently seen improvements in call volume and wait times, partly because we have ramped up production and added hundreds of new articles to the knowledgebase. Only one (troublesome and uncooperative) customer is asking for this change. If we agree, article production will be severely delayed, and end-users will have to wait until ‘x’ number of other callers have the same issue before we publish an article. That could take months. In the meantime, our agents will have to escalate the calls to a higher level of support, which then takes time away from our subject matter experts who have their day-to-day jobs to do. In fact, I’m getting concerned just thinking about it.

Boss: But what do you think it would be like if we changed the process on a trial basis to see how it goes?

Aspie: Based on our existing time studies, it would put my team in a poor position. It will be counterproductive because we will be withholding information that could be helping our end-users solve their own issues. We already know that we don’t have the manpower to meet the demands of this proposed new process while continuing to keep up with current needs.

Conversation continues for another 45 minutes. Then comes back to:

Boss *extremely frustrated*:  Why is it so hard to get you to DO anything!?!?

Aspie *recounting the entire conversation in their head*:  When did you ask me to DO something??

Boss: Do I really have to be that literal and direct with you?

Aspie: It would help. We could have saved ourselves almost 2-hours on the phone if you’d just told me that you needed me to change the process. Is that what you are telling me now?

Boss: *completely blown away at the ‘audacity’ of Aspie’s reply*

Can you see what just happened here?

This is a common misunderstanding in Aspie/NT communications. Boss was trying to get Aspie to ‘do’ something by asking indirect questions. Aspie did not pick up on the inferred meaning behind those questions.

Some of you might be saying – Why didn’t boss just ask for what they wanted instead of beating around the bush?? Actually, it wasn’t unreasonable for boss to expect that Aspie would understand what boss was really asking for. If you’ve read any books on the topic of people management, you know that boss was employing a pretty textbook form of communication. And it usually works!

Do you think Aspie’s last response was rude or disrespectful?

It may have been interpreted that way, but what the boss fails to realize here is that…Aspie was simply answering the questions he/she was asking, very directly and honestly. Including the last one. In the end, both were equally frustrated (for different reasons).

Boss thinks Aspie is resisting and just difficult to work with.

Aspie doesn’t know what he/she did wrong and doesn’t understand why boss is upset.

So, what can we do to minimize these types of difficult situations?

Awareness is the missing component in many cases. For diagnosed Aspies, disclosure of this information to management will prove to be beneficial in more cases than not. When NTs are aware that they are working with a person who has Asperger’s Syndrome, they can consciously adjust their angle, to avoid frequent miscommunications (in this case, by being direct).

Aspies can also learn the language of neurotypicals. HOWEVER, if it were as simple as reading a book for people with autism to learn to fluently communicate with NTs…Aspies wouldn’t be Aspie. The point here is mainly awareness. Awareness in the moment (for the Aspie) allows them to take a step back and ask themselves what the NT is really trying to convey.

Aspies can learn all about neurotypical language, and even become the experts who write about it, and TEACH and explain the concepts to others. This doesn’t mean that it will ever be ‘natural’ for them in real-time situations.

No matter how good an Aspie is at camouflaging as neurotypical, it is and always will be mentally exhausting.

Imagine having to decode and translate ALL incoming and outgoing communication like this everyday, all day. Aside from (and in order to) effectively do your job.

Can you relate to either side of this conversation?

Is this scenario familiar to you? 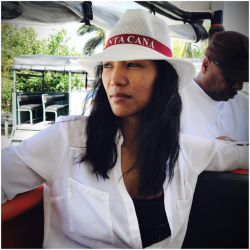