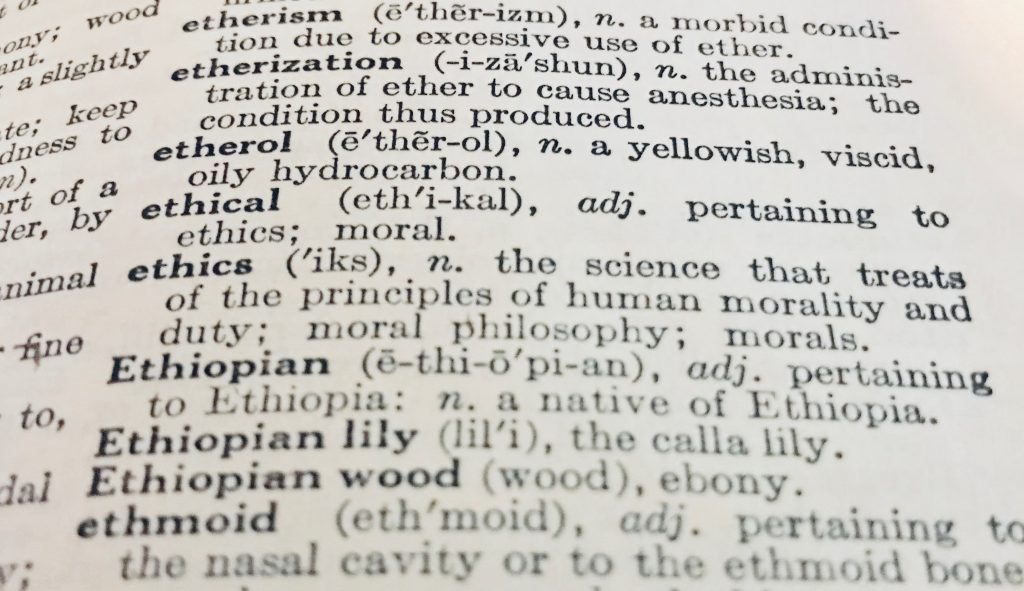 Few words in behavioral science come with more controversy and contention than Asperger’s.

This series focuses on the word, Asperger’s, and the many antagonists to the word, the diagnosis, and/or the autistic people who would have previously been diagnosed with Asperger’s.

The APA and DSM Debacle

In 1994, Asperger’s Syndrome was added to the American Psychiatric Association’s (APA) Diagnostic and Statistical Manual, 4th ed. The intention for the inclusion of Asperger’s was to push researchers into identifying more subtypes. That didn’t happen.

Diagnostically, Asperger’s was characterized by the absence of a clinically-significant language delay or cognitive developmental delays in early childhood. Then, in 2013, with the APA’s publication of the DSM-V, Asperger’s Syndrome was folded into the broader umbrella of Autism Spectrum Disorder (ASD).

ASD as a Disorder of Support Needs:

With the DSM-V, ASD’s diagnostic criteria was divided into three levels of function designed to indicate an autistic’s needs for supports. The levels are as follows:

Level 1: “Requiring Support” – Without supports in place, deficits in social communication cause noticeable impairments. Difficulty initiating social interactions and clear examples of atypical or unsuccessful responses to social overtures of others. May appear to have decreased interest in social interactions. For example, a person who is able to speak in full sentences and engages in communication but whose to-and-fro conversation with others fails, and whose attempts to make friends are odd and typically unsuccessful.

Inflexibility of behavior causes significant interference with functioning in one or more contexts. Difficulty switching between activities. Problems of organization and planning hamper independence.

Level 2: Requiring Substantial Support – Marked deficits in verbal and nonverbal social communication skills; social impairments apparent even with supports in place; limited initiation of social interactions; and reduced or abnormal responses to social overtures from others. For example, a person who speaks in simple sentences, whose interaction is limited to narrow special interests, and who has markedly odd nonverbal communication.

Inflexibility of behavior, difficulty coping with change, or other restricted/repetitive behaviors appear frequently enough to be obvious to the casual observer and interfere with functioning in a variety of contexts. Distress and/or difficulty changing focus or action.

Level 3: Requiring Very Substantial Support – Severe deficits in verbal and nonverbal social communication skills cause severe impairments in functioning, very limited initiation of social interactions, and minimal response to social overtures from others. For example, a person with few words of intelligible speech who rarely initiates interaction and, when he or she does, makes unusual approaches to meet needs only and responds to only very direct social approaches.

Inflexibility of behavior, extreme difficulty coping with change, or other restricted/repetitive behaviors markedly interfere with functioning in all spheres. Great distress/difficulty changing focus or action.

Asperger’s was always considered to be autism; however, it wasn’t exactly understood where the line of demarcation was to identify someone with Asperger’s. Diagnostic approaches were wildly varied and were based on the subjective biases of the diagnostician.

The DSM-IV specified only that there were no pervasive developmental delays and that language was not delayed in childhood; however, the school of thought about what Asperger’s meant varied from person to person.

As more celebrity, parent, and “expert” books about autism and Asperger’s hit the mainstream and television characters began to reflect stereotypes of Aspergian traits, society came to conclusions about what what it meant to have Asperger’s.

But, life on the ground for aspies was different than the romanticized versions fleshed out in the mainstream. Without intellectual disability or the “obvious” symptoms, employers, educators, parents, and practitioners failed to perceive the fullness of the weight that people with Asperger’s were fully (not mildly) autistic.

This presented with difficulties in obtaining services and accommodations. Insurance companies, schools, and workplaces were reluctant to provide necessary supports when there was no observable need.

The new diagnostic model may make it easier for practitioners and insurance companies to categorize people on the spectrum; however, there are unanswered questions that leave countless actually-autistic children, and especially adults, without a clear path to diagnosis.

Where does an adult who would’ve previously been diagnosed as having Asperger’s fall on the above continuum?

Essentially, the levels are assigned according to how obvious symptoms are to “a casual observer,” and all three levels indicate a need for support. If one doesn’t need support, they no longer meet diagnostic criteria.

Where are the actual symptoms of autism represented in the diagnostic levels?

There is no mention of sensory issues, burnout, anxiety, depression, or any internal– yet very real– symptoms related to the “function” of the autistic person. Their access to a diagnosis and care is contingent on how easily-observed their symptoms are in the quiet, one-on-one, sensory-friendly atmosphere of the evaluator’s office, and the diagnosis is often made after only a single visit.

What kind of supports would be appropriate for someone who would have been diagnosed as having Asperger’s?

Using myself as an example, I’d say I am represented by all three levels, and all three inconsistently. My symptoms, like all autistic people’s symptoms, and my “function” are contingent on my environment and the demands placed on me. Click here to read about autistic function.

But what kinds of supports could someone offer me? Language instruction? Social skills? What if I don’t want supports? Do I stop being autistic?

What if someone has accommodated for oneself by working from home or in a place where sensory and social conditions can be controlled? Does this mean (s)he isn’t autistic anymore?

What happens when someone who didn’t need supports at the time of the evaluation (and thus was not given a diagnosis) experiences a life change that dramatically impacts quality of life?

What if someone loses a job because of social misunderstandings? Goes through a divorce? Experiences an autistic shut down? Gets a promotion and no longer fits in with the social dynamics? There is no amount of support, preparation, language skills, or learned behavior that will cause an autistic person to be not-autistic. This fact, regardless of current support needs, should be acknowledged.

Without a diagnosis, there is no requisite for the acceptance of differences from employers. There’s not even a way to communicate those differences without a diagnosis. Instead, an employer sees an undiagnosed autistic’s requests for accommodation as someone expecting special treatment.

This dynamic leaves a mere 10-15% of an autistic’s professional success on the combined merits of experience, expertise, education, work ethic, talent, skill, and dedication. In the cult of personality which dominates power structures, the non-support-needing-but-still-completely-autistic person is at a tremendous disadvantage.

The whole world loses out when diversity is not acknowledged, accommodated, and celebrated.

There is no amount of personal industry, vocabulary acquisition, nor any other attribute or trait, learned or innate, that will cause an autistic person to stop being autistic. By the levels in the DSM-V, “function” is defined by how much an autistic person can hide his or her core self; however, being an “actor” in perpetuity, forever minimizing and downplaying one’s true self, dismissing the burden of obstacles, neglecting one’s needs, and “putting on a brave face” in the midst of suffering is not a sustainable or healthy way to expect autistic people to live.

I really thought the APA was better than this. I’m a card-carrying professional member. The Ethics Code is like a religion to me, but this diagnostic criteria does nothing to honor the humanity, identity, autonomy, and self-industry of an autistic person who can appear “normal” to a “casual observer.”

Autistic people need to be diagnosed for reasons beyond their needs for supports. They need to be able to learn about themselves, to find answers for the thousands of questions that have gone unanswered their whole lives, to seek out camaraderie among other autistics who can mentor them through obstacles neurotypicals can’t understand, and to be accommodated in the workplace and in academic settings.There is no grace in doing someone the “favor” of sparing them a label which will stigmatize them. Autistic people, even those who are not obvious, already know what stigma feels like. It is up to them to determine how they will use or disclose that medical information, but they need the empowerment of self-knowledge and the validation that they are, in fact, extremely different beyond just being “quirky,” “a clumsy nerd,” or “awkward.”

There are also a myriad of highly-correlated medical conditions associated with autism, some potentially life-threatening, and those are often unexplored and unacknowledged by medical professionals until there is an autism diagnosis in place.

Is autism always a disorder?

According to Baio et al. (2014), only 31% of diagnosed autistics have an intellectual disability, and 44% have average or above-average intellect. How many more, then, are undiagnosed? How many will continue to be undiagnosed, or misdiagnosed, because of the unethical DSM-V diagnostic criteria?

Autism is always a disorder when the autistic person has to conform to neurotypical standards; however, autism itself is not always a problem. A large percentage of autistics are happy with their neurology and thrive in autistic-friendly circumstances.

It’s a catch-22. An autistic person can do amazing things, and many autistic people have gifts and strengths and talents as a result of their neurology; but, autistic performance is stifled by conforming to neurotypical norms.

It is not predictable nor is it consistent how much an autistic person is capable of tolerating on any given day. The sensory overload can be debilitating, and many autistics have nothing left to offer after a day of work when the conditions are not suited to autistic neurology. Eventually, it becomes impossible to maintain the momentum in an environment that is unaccommodating.

Autistic self-accommodations can become inadequate to maintain the executive function needed to meet the increasingly-complicated demands of adult life: a job, maintaining a house and yard, raising children, and being a supportive spouse.

Asperger’s was always autism in the DSM. It was always under the inclusive umbrella of ASD. Its removal has caused a human rights crisis for many adults on the spectrum who have always been autistic but who no longer meet the poorly-conceived and dehumanizing diagnostic criteria.