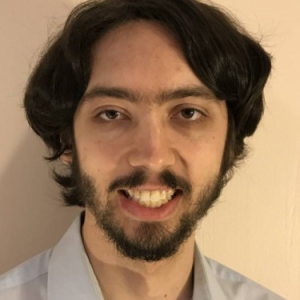 When people think of autism, Raymond Babbit in Rain Man, Christian Wolff in The Accountant, or Sheldon in Big Bang Theory, may come to mind. These negative stereotypes persist in popular culture despite increased positive representation for autistic characters. She-Ra and the Princesses of Power (SPOP) is different.

While the series rightfully received accolades for its LGBTQ+ representation, there is another aspect of the show: positive autistic representation. Entrapta (voiced by Christine Woods), a curious and sensitive hacker, scientist, and “geeky princess,” is a well-written autistic character. SPOP series creator Noelle Stevenson stated that autistic storyboarder Sam Szymanski played a huge role in shaping Entrapta.

Whether she is seen as “morally grey,” “adorkable,” or “chaotic neutral,” she is a smart character who makes her own decisions and tries to fix problems through a mechanical means. Unlike the show’s other protagonists, Adora, Glimmer, Catra, and Bow, around age 17 or 18, she is older, in her late 20s or early 30s. She struggles to connect with others, due to her occasional low self-worth, and sometimes hides behind her mask, affixed to her face. Her voice changes when wearing the mask, as she tries to cover up her autistic traits and appear neurotypical.

As Noelle described Entrapta, she struggles to communicate her feelings or understand what other characters are saying, seeing “humanity in everything,” whether clones, robots, or otherwise. In the show’s most recent, and last season, she begins to balance her love for machines and a desire to connect with others, while helping the protagonists save the world of Etheria, where the series takes place, from the villainous Horde Prime. One of the characters she humanizes is Hordak, former leader of the evil Horde. Their interactions, in the show as a whole, led some fans (and members of the show’s crew) to ship them as “Entrapdak.” This was confirmed as canon in a Black Lives Matter charitable Twitch stream hosted by Noelle and her wife, Molly Ostertag.

Noelle also stated that Entrapta, as a loving person, has a lot of robot boyfriends and girlfriends. The latter is reflected in the show’s most recent season when she flirted with technology, specifically the Horde Robot in the episode “Launch,”and the spaceship, which she named “Darla,” in the episode “Stranded.” Whether these are examples of robosexuality, referring to love or sexuality between a robot and a humanoid person, or not, there is not question it is part of her propensity to see humanity in everything.

Entrapta freely makes her own decisions as an “underappreciated technowizard,” some of which are reprehensible. For instance, she helped the Horde destroy much of Etheria. Although she stayed loyal to her friend, Hordak, it is incorrect to call her the “worst kind of villain” or a person who cares only about pursuing knowledge despite the consequences. Whether she is fully aware of the planetary damage she has caused, she is undoubtedly morally ambiguous, with a “cheerfully wobbly” moral compass, different than the show’s other characters.

She thinks that her calculations and data will give her the “answers,” no matter the cost. As such, it is incorrect to say she lacks the ability to self-assess her actions or embodies stereotypes. After the Princesses unintentionally stranded her in the Fright Zone, she joined the show’s villains, the Horde, leading some to declare that she is a harmful form of representation, while others claimed she believed the lies of Catra, Adora’s romantic interest. In any case, Entrapta willingly stays with the Horde and the Princesses respect this decision while disagreeing with it.

There is a deeper reason she joined the Horde. When Glimmer and Adora meet her in her debut episode, “System Failure,” fighting the murder robots she accidentally created, Glimmer sees her as a way to impress her mother and win the war against the series villains. In contrast, Glimmer’s friend, Bow, sympathizes with Entrapta, calling her a “brilliant inventor,” praise she happily accepts. Despite Glimmer’s negative vibe, she stays friendly, and offers to cut off her leg to save them from the robots.

A few episodes later, in “Princess Prom,” Entrapta geeks out, describing the prom as a “social experiment” which is the best place to observe social behavior. She pries into Glimmer’s uneasiness and becomes friendly with Catra. Later, after Adora pulls her aside, it is implied that Entrapta’s heart isn’t with the Rebellion. The forcefulness of Glimmer, Adora, Mermista, and Perfuma toward her throughout season one, may be a subconscious turn-off for Entrapta, with the Princesses not completely understanding her. While the Princesses mourn the “death” of Entrapta, unknowingly leaving her behind, they had used her for their own purposes (defeating the Horde). Catra does the same thing, using her to get back at Adora.

Furthermore, Entrapta may have been unaware she defected to the Horde or cares what side she is on. In the episode “Ties That Bind,” she tentatively says she is with the Horde, telling Glimmer that she is on the side of science, but is living in the Fright Zone. Near the end of season three, considering what Adora told her, she tries to warn Hordak to not open a portal which threatens to destroy Etheria. Catra panics, electrocutes Entrapta, and tries to distance herself from her mistakes by sending Entrapta into exile onto the remote Beast Island. In the bizarre world created by the portal, Adora and her friends meet Entrapta who helps them figure out what is happening and thanks Adora for being a friend. In the following season, she is thankful that Bow, Adora, and their talking horse, save her from Beast Island, a place full of “technological monstrosities.” Although she left Beast Island for scientific discovery and data, she appreciates Bow as a friend.

Due to Entrapta’s track record with the Horde, the princesses are distrustful. This is shown in the season five episode, “Launch.” As Megan Crouse describes it in her article, Entrapta begins to clash with the other princesses, putting them in danger. When Mermista accuses her of not caring about them and being untrustworthy, she responds by not realizing the Princesses were angry with her in the first place. She retreats to apologizing, stating: “I’m not good at people, but I am good at tech. I thought maybe if I could use tech to help you, you’d like me. But I messed that up, too.” After this, Entrapta tries to get away, but Mermista pulls her back by her prehensile hair, like Horde Prime in a later episode, relenting only when convinced that Entrapta cares about Glimmer.

In the rest of the season, she works to earn the trust of the other Princesses, gaining more friends as she recognizes the reasons behind her actions and explores her feelings for others. While you could say that Entrapta does not see the full consequences of her harmful actions, she overcomes possible social isolation and helps the series protagonists save their friends (first Glimmer, then Catra) from Horde Prime’s flagship, the Velvet Glove. She also removes the mind-control chip from Catra’s neck and forgives Catra after she apologizes for her hurtful actions. In the final episode of the season, after trying to disable mind-control chips of those across Etheria, when held against her will on the Velvet Glove, she apologizes to everyone. Later, after Catra and Adora save the world with their love, she reunites with Hordak.

In the end, Entrapta is a positive form of representation for autistic people and subverts the Entrapta from the original She-Ra series, a simple villain without a conscience. 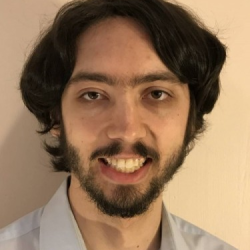 Latest posts by histhermann (see all)