Why We Need Diverse Autism Representations in Media3 min read

Representation of mar­gin­alised groups has become an impor­tant topic in media in the last decade, and autism is no excep­tion. Some progress has been made: we have main­stream TV shows where autistic people are the pro­tag­o­nists and have their own sto­ries. But for rep­re­sen­ta­tion to actu­ally be effec­tive and helpful, we need many, varied rep­re­sen­ta­tions of autism.

But that’s not the way TV presents it. Autistic people in media tend to be stereo­types, like the socially-awkward white male geniuses in The Curious Incident of the Dog in the Night-time, The Good Doctor and The Big Bang Theory. And a stereo­typ­ical char­acter is fine! Some autistic people are in fact like that. That’s why we need mul­tiple dif­ferent char­ac­ters so that some can be stereo­typ­ical and others can branch out.

Because real­istic rep­re­sen­ta­tion of autism has real-world con­se­quences. Even apart from the emo­tional ben­e­fits it may have for autistic people to see them­selves rep­re­sented in pop­ular media, there is a very prac­tical reason real­istic and diverse por­trayals matter: diag­nosis.

Because autism diag­nosis is behaviour-based — there’s no blood test you can use — the behav­iour of autistic char­ac­ters affects society’s under­standing of what autism is. A person is more likely to be sent by their family or them­selves for diag­nosis, and per­haps more likely to be diag­nosed by a med­ical pro­fes­sional, if they align with these under­stand­ings.

Yet TV doesn’t reflect the range in actual autistic people; In 2018, a team led by Sue Fletcher-Watson pub­lished a paper in which they com­pared media por­trayals to the cri­teria in the DSM 5 and found that fic­tional char­ac­ters tend to adhere much more closely to the diag­nostic cri­teria than do real people diag­nosed with autism.

Because it means better writing. If you’re a writer trying to write the only autistic char­acter in media, you may feel under a lot of pres­sure to please the mil­lions of autistic people in the world and their rel­a­tives and friends. That need for per­fect accu­racy can lead to writing to a check­list — cre­ating a char­acter whose only traits are the DSM 5 diag­nostic cri­teria for autism, blown up larger-than-life for TV.

Writers who know they’re just writing one autistic person, not rep­re­senting the whole con­di­tion, can focus on writing an actual person. And less pres­sure might mean more sto­ries fea­turing autistic people, which seems like a plus to me.

Because readers and viewers are dif­ferent. Some people like to read or watch con­tem­po­rary sto­ries all about the life of an autistic person. But many people prefer fan­tasy, or sci-fi, or romance. Including autistic people in lots of dif­ferent sto­ries means reaching more people.

Because it nor­malises autism. Having sto­ries that are about space­ships or that just have an autistic char­acter as part of a friend group or family is impor­tant. It shows that autism is just a part of life, not nec­es­sarily some­thing to be con­stantly remarked on and gog­gled at.

Because autism is common. The CDC esti­mates that 1 in 68 chil­dren are autistic. It’s not that weird to have autistic people around as part of normal life in your book or show. 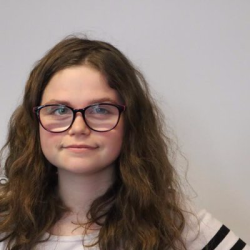 2020-01-02
Previous Post: A 2020 Resolution to Unmask and Live Unapologetically and Authentically
Next Post: The Rampant Dehumanization of Autistic People