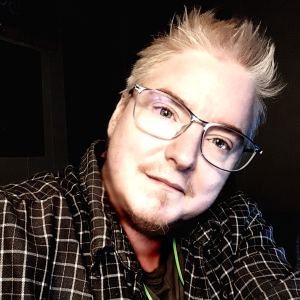 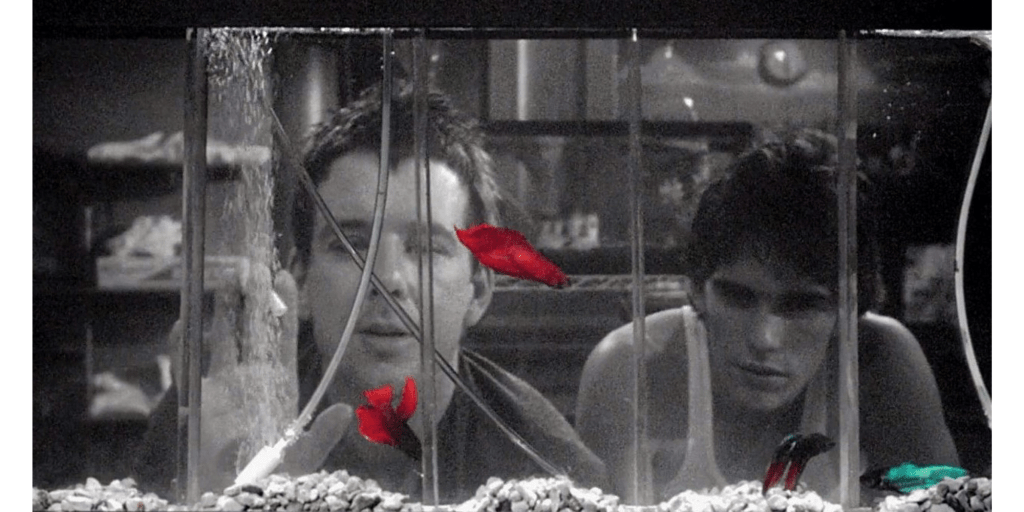 We often say, “representation matters”. One of the first times I saw anyone like me represented in film or on tv was when I saw Francis Ford Coppola‘s Rumble Fish. This is the film that brought arthouse to my awareness and which forever engraved Mickey Rourke on my heart.

The film is based upon S.E. Hinton‘s book of the same name. Hinton had a small part in the movie and was tremendously pleased by Coppola’s interpretation of her work and her intent. Mickey Rourke plays Motorcycle Boy. We never learn his given name. He is a legend in the small Oklahoma town where he grew up ~ a former gang leader with the mind and soul of a poet-philosopher.

Motorcycle Boy’s little brother, Rusty James (Matt Dillon), worships him, wants to be him, seeks to both protect him and be protected by him. Their father (Dennis Hopper) is also a highly literate man and philosopher but is a fall-down drunk, unreliable, and too self-absorbed in his grief and self-pity to help his sons rise above the cruelty of the streets.

Motorcycle Boy is disenchanted with his reputation and the burden it places upon him. He had spent some time traveling across the country to California, seeking out their mother, learning about the shattered promises and inaccurate, often distorted and projected scripts of family relations, and becoming savvy to the artifice of Hollywood. Between the distorted family dynamics and the internal/external journeys Motorcycle Boy makes in order to find meaning and purpose, it is easy to see what attracted Rourke to the role.

But, beyond all of this, what is obvious and most valuable to me is that Motorcycle Boy is NOT neurotypical. In the book and in the film, his differences are the anchor of the story. He is selectively deaf and situationally mute. It is clear to the sensitive viewer that his deafness is partially psychosomatic ~ that when real life and the reality of interpersonal dynamics is too painful, he ceases being able to hear.

When he loses his voice, it sinks him into the observer’s position: he is watchful, thoughtful, studying the moment and human nature, and his silence ~ the silence he is immersed in and the silence he is held captive by ~ punctuates the film’s landscapes. Long scenes of sky, long panning views of the streets, long still shots of the other characters… bring us into Motorcycle Boy’s lived reality.

He is colorblind, as well. More accurately, he is monochromatically-myopic. He only sees the world in black and white. Hence, the film is shot in black and white with the exception of the titular “rumble fish”, seen in a pet shop aquarium. The beautiful grain of the film delivers to us the texture of Motorcycle Boy’s world. His world is not diminished but rather enriched by what he seems to lack, compared to those who see and hear with the “normal”, apparently “full”, capacity of their senses.

What becomes clear to us is that those “normal” folks don’t know what to do with their “full” senses. They take them for granted. Their worlds are small and limited and they are afraid, angry, lost. Motorcycle Boy experiences a world that is far bigger than the streets he grew up in, the dysfunction of the family he was born into, the culture of violence that wants to claim him… and that is his great angst.

Coppola gave Mickey Rourke copies of works by Camus and a biography of Napoleon to prepare for this role. He had his crew and cast watch German expressionist films in order to help them enculturate to the tone and mood he wanted to convey. Motorcycle Boy, as interpreted by Coppola, was based largely upon Francis’ brother “Augie” (August) and I would bet dollars to donuts that Augie was Autistic or otherwise neurodivergent.

But, be that as it may… S.E. Hinton did not have that language of Autism nor of neurodivergence when she wrote her book. Coppola didn’t have it either when he made his film and Rourke did not have that dialect with which to make sense of the character he was playing.

Hinton created a character with exceptional sensitivity out of place in a brutal realm. Someone attuned to beauty where it appeared unexpectedly. Someone who carried ennui at the thought of a world where posture mattered more than values. Someone who wanted to right wrongs but had no idea where to begin, so liberating his piscean avatars into the river seemed like the most reasonable thing in the world… even though… [SPOILER ALERT]

… that naive urge towards justice would cost him his life.

Motorcycle Boy lived in a parallel reality to his brother, his father, his peers, his community. That parallel existence/consciousness is beautifully illustrated in Hinton’s literary work and in Coppola’s film. When I first saw the movie, I had not read the book. I had read “The Outsiders”, which takes place in the same rough geographic location and timeframe as Rumble Fish. I was 16 when I rented the movie ~ 4 years after its theatrical release but a lifetime in cultural momentum ~ and I was utterly gobsmacked by the nuances of Rourke’s performance and by the familiarity of Motorcycle Boy.

I saw myself. I KNEW *exactly* what Motorcycle Boy was feeling, thinking, experiencing when he interacted with the world around him, his adoring kid brother, his addict father, the people who wanted him to be someone other than who he really was, the community that expected him to be and do and behave a certain way and how he was at odds with ALL of it. I knew what it was for him when he gazed at the “rumble fish” ~ the only colors that existed for him because they were the only things of beauty, the only things recognizable, in his immediate landscape. I knew what the sky-gazing was about. I grokked the dissociation and occasional mute-ness. It blew me away to see someone like me on the screen… and not as a curiosity nor as a savior. Not as a freak. Not as a failure. Even though [SPOILER ALERT]

… even though Motorcycle Boy dies a violent death, he triumphs.

His spirit wins in making the grand gesture of freeing himself, symbolically and literally, in making a choice to commit a crime (or rather, fully committing to his own culture of morality rather than society’s code) so as to facilitate a greater good, at least in his understanding of that greater good.

That I could and should be so uncompromising in my commitment to truth and to my own values and to my lived experience of true self was imprinted on me. That I was as I am and that it may make others uncomfortable or confused, might make them judge me (and misjudge me), but that I should still be fully my SELF, as best as I am able to be my SELF, was a lesson I got from this story.

And, knowing that I was not alone. In order for the book and the movie to come into existence as they did, others had to know what it was like to be me, know others who were like me, and that was a comfort for me in my teen years when I felt so alien and so out of synch with everyone.

Representation matters, even indirect and unintentional representation. Headcanon neurodivergent characters abound in our cultural landscape. Motorcycle Boy is damn near archetypal for me. He is an avataric poem, a song of disenfranchisement, a long epic tale of knowing yourself SO well and being known not at all.

The friction of disparity generating a slow-burning fire that still lingers, decades after first seeing this brave, audacious, innovative film. “Motorcycle Boy Reigns”*, indeed. A prince, a king, a lord of the angst of being adjacent to the expectation of the world one finds oneself in.

I, myself, am such a lord. I am learning to survive and aspiring to thrive in my parallel existence, though. My end shall arrive with a smile of satisfaction, without violence, and without undue drama, if I have any say in the matter.

I must say: the view from this parallel plane is quite bittersweet but mostly sweet. And the landscape is in bold, glorious, full color.

NOTE: *”Motorcycle Boy Reigns” is a piece of graffiti that we see numerous times in the film, in various locations. 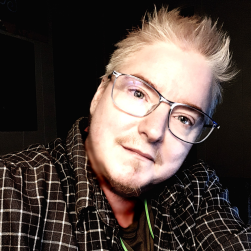 AdamAuron Lodestone
Adam (aka The Awetist) is an Autistic #ABASurvivor who is also: a single dad, an artist, profoundly Pagan, a sensory-seeking foodie, an EDS "zebra", a synesthete, and a passionate lover of moss and lichen. Adam is a Trauma-informed Peer Counselor, serving the Neurodivergent and LGBTQIA+ populations; currently engaging heavily in advocacy, education, creative endeavors, and his own personal healing. Adam is taking commissions for copy or content writing, fine art, logo design, and illustration. View his art gallery, commission, or tip him at:
https://ko-fi.com/adamlodestone 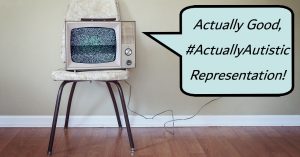