The Most Painful Expression of Love 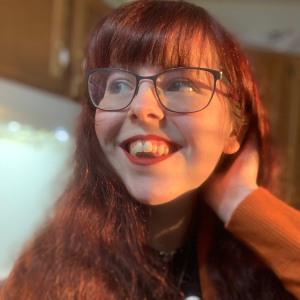 Before you read this personal essay, I ask you to do me a favour: open another browser tab and search “autism grief,” or “autism loss,” and scroll for but a moment. No need to click anything. Just peruse the results.

Done? That’s great. What is not so great is that you were likely, based on the algorithm of views and general internet influence, bombarded with articles about mourning the loss of your child to autism, or grieving who they could have been if they were neurotypical. It’s supposedly parents supporting parents during the so-called autism epidemic.

Just imagine how lonely and outcasted I felt as an autistic adult who Google searched those keywords to find resources to cope with my father’s death.

My father, Conrad, passed away in the early hours of January 12th, 2020, after a long battle with heavily metastasized lung cancer. The diagnosis was terminal right from the beginning, but knowing about the inevitable failed to lessen the shock when the time came; he was only 56 years old.  The only thing that softens the blow is that he passed away at home, and comfortable, as per his wishes.

I quickly learned just how busy the process of mourning is, with family members and extended friends weaving in and out of the house to make conversation. Coffee pods were stocked in our Keurig carousel, and there was a box of Orange Pekoe teabags in the cupboard for anyone who wanted to mourn in the classic Cape Breton Island means: small talk over homemade squares.

Yet, my mug of Carnation hot chocolate did not keep me warm in the cold January conversations, nor did pouring it heavy with cream make my tongue smooth over my words like butter. I always managed to say the wrong thing to houseguests.

Living in a small town, you are raised to be familiar with visitations for the deceased, known here as “wakes,” but nothing could have prepared me to be part of the receiving line of condolences. If a Council of Death and Mourning Observances exists, please get me in touch because I would like a word with them. They, like a certain notable organization I shan’t name here, certainly did not consult autistic people when the concept of a wake was in trial reviews. Even my late father who was not autistic hated the concept, and noted they were hard on the families. He wasn’t wrong, either.

Seeing my mother cry when dad’s former coworkers and other various members of the community came in to pay respects was only made harder when I realized that, while I knew them well by name or lunchroom stories, an autism trait of mine was a marked difficulty with facial recognition.

Six hours of minute-long intervals involving small talk and introductions, hugs and handshakes, and “at least he’s no suffering,” came to an end with deafening silence and heavy flurries lingering in the air as I walked out of the funeral home with my mum and sister. Our return home was a greeting from our Shih-Tzu, Bailey, and ghosts of memories now taking dad’s place in the Red Cross hospital bed that sat coldly in the living room.

Throughout the week, from my dad’s passing to the entrance to our driveway after the funeral reception, I admit I was uncharacteristically volatile. Behind the scenes – no – behind the facade of socially acceptable mourning decorum, my patience was as short as the fuse attached to the stick of autistic meltdown dynamite.

The combination of emotional labour, grief, masking, stress, and overall exhaustion was the perfect cocktail for complete overload. I knew the visitors making light chat were only trying to take my mind off things. The townspeople that provided a quick embrace of reassuring hold of my quivering hands at the funeral home were simply showing support, so why was I so angry and frustrated? Why did I feel so guilty about it?

I had to learn the hard way that sometimes grief is anger. It is frustration, it is distress, it is lock yourself in your room and the world needs to go away already just like my dad unfortunately was forced to before his time.

I’m still coming to terms with the fact that I prefer to mourn alone in my room, hyperfocusing and distracting myself with my special interests: autism research and Green Day’s music. “Good Riddance (Time of Your Life)” was a beacon, set on repeat, for me when things were so dark. It’s playing on Spotify as I wrote this.

Special interests are one of the utmost sources of comfort to us, however paltry they may seem to those who aren’t on the spectrum. Grief is individual to the person, and having a neurodevelopmental difference that causes me to need to mourn differently than others only brings further truth to that reality.

Autistic people are not heartless. Our emotions are not locked away. We are not a shell of a human being. I loved my father dearly, and I still do to this day. Nowhere in the DSM-V does it list an incapacity to love as a trait of autism, so why are we treated as such? Why are there no beacons for the autistic community to find their way in a sea that is rough for even neurotypicals?

Grief is the most painful expression of love.

Let us experience that pain in our own way.

Normalize the honest and raw expression of autistic love. 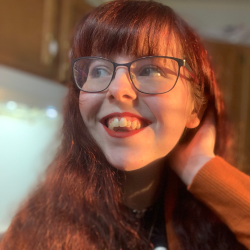