As a child, I particularly liked series with teams. I was fascinated by the idea that each individual has strengths and weaknesses, and that individual weaknesses are accepted and the individual strengths are seen and used in such a way that in the end a goal can only be achieved by working together.

This team character was evident, for example, in the Teenage Mutant Ninja Turtles:

Leonardo: a natural leader, sometimes too stubborn and quite egocentric.

Raphael: angry, impulsive, but also the comedian of the team.

And my personal favourite as a kid, Donatello: the clumsy scientist.

Yes, they are in some way stereotypical, but I find the main message important: that completely different characters build a functioning team together, without mocking their differences and while emphasizing the strengths of the individual. This diverse team works even better than if each Turtle were working alone.

I really liked it. The idea of diverse teams. This pattern was repeated in almost all children’s series of the 80’s and 90’s like Ghostbusters or Sailor Moon.

The frightening realization came when checking fiction with reality: the diversity shown in popular children’s series was in no way near to reality. In real life, conformity and homogeneity was propagated as the ideal.

Those who are different are excluded, bullied, or at best dragged down from above as mascots. An ideal team in reality seems to consist only of “Leonardos,” people pretending to be Leonardo, people imitating Leonardo, and people obeying Leonardo…

There is no room or place for Donatello’s worldview, Raphael’s way of being, or Michelangelo’s opinion in real life teams.

The app power of language and framing

Until recently, psychology concentrated mainly on “weaknesses and deficits” instead of bolstering and highlighting existing strengths. And even today, both in pedagogy and psychology, one’s own and mutual acceptance is not the goal. Instead, there are diagnoses mainly based on deficits, and even possible strengths are redefined so that they only appear as weaknesses.

Some of the so called “deficits/weaknesses” of the Autism Spectrum are a matter of interpretation, of definition, of context.  And the majority, the neurotypical ones, define the status quo: what is normal is good.

With us autistic people, it is the case that all our “differences” are interpreted negatively, although some traits could also be seen as positive depending on the point of view.

As a thought experiment, I have now reformulated some typical personality traits of autistic and neurotypical people in such a way that the autistic is presented more positively than the neurotypical, in order to once again illustrate the power of language in this context.

The following common characteristics of neurotypicals are scientifically known and have been researched for decades. Their effects can lead to wars and to bullying. Nevertheless, they are not attributed to be neurotypical “deficits,” although they clearly could be defined as such.

Examples for deficits of the average neurotypical person

These negative tendencies of neurotypical people were shown in the Milgram experiment (Milgram, 1963), in studies on group conformity and group coercion (Asch, 1951, 1956), and in research on discrimination and exclusion of outgroup members (Tajfel, 1970).

Examples of strengths of autistics

These common autistic traits could compensate for the above-mentioned neurotypical deficits (if these strengths were not pathologized):

These lists could be continued…

The sad fact, however, is that our common strengths, like e.g. a strong moral system which is entirely in Kant’s sense, are stigmatized as “inflexibility,” while the “blind obedience” characteristic of many neurotypical people is regarded as normal. This is the power of language, the power of framing…

This is the power of the majority that defines what is called a deficit and what is not.

What is my point?

Well, to come back to the beginning of this article: I wish for a world in which we are accepted with our strengths and weaknesses. I wish for neurotypicals to reflect that they also have weaknesses that some of us autistic people could well supplement if we were included in teams. I think if people listened more to autistics, we would be able to create a better world together.

I don´t want a world of Leonardos, where the Donatellos, Raphaels, and Michelangelos are excluded or seen as inferior.

I would like to see diverse, heterogeneous teams full of mutual respect in which individual weaknesses and strengths are reflected and accepted. Because we have all strengths and weaknesses, but unfortunately neurotypical people too often forget their weaknesses and do not pay attention to the strengths of the neurodiverse people.

They seem to not understand how teams should work. 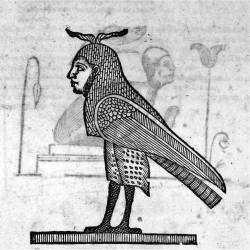 2019-12-21
Previous Post: Autism Speaks : The Time Is Now To Help Clean Up Your Mess
Next Post: 5 observations on my late diagnosis