Grasping the unique rela­tion­ship between autistic people and their gen­ders is an essen­tial com­po­nent of under­standing the autistic expe­ri­ence. With growing evi­dence that autistic people are more likely to be gender-diverse than non-autistics, resources can be directed toward both autism and gender clinics to check for co-occurrences.

Every gender iden­tity is rep­re­sented among autistic people, just like with non-autistics. However, there seems to be higher gender diver­sity among the autistic pop­u­la­tion com­pared to the gen­eral pop­u­la­tion.

Later research showed that “autistic people, par­tic­u­larly natal [women], had lower social iden­ti­fi­ca­tion with and more neg­a­tive feel­ings about a gender group” than non-autistic people (2). In other words, autistic people are more likely to have gender dys­phoria and be gender-diverse, but autistic natal women (assigned female at birth, AFAB) have an even higher like­li­hood.

Autistics can be very intro­spec­tive, a quality that helps in under­standing their own iden­tity in a deeper way than many non-autistics. The unique neu­ro­log­ical frame­work of autistic people seems to make it easier to reject soci­etal gender con­ven­tions and sub­se­quently come out as gender-diverse.

A review of first-hand autistic accounts “highlight[s] the draining and relent­less emo­tional labor” that con­forming to soci­etal gender expec­ta­tions can often require. That study con­cluded that many autistic people “respond by explic­itly rejecting or simply neglecting [gender’s] con­founding demands” to focus on their own needs (3).

A more recent study also noted the “ten­dency, delib­erate or acci­dental, of autistic people to breach social con­ven­tions.” One par­tic­i­pant wrote, “I don’t feel like a gender, I feel like myself,” in an effort to describe their iden­tity (4).

Although gender diver­sity is high among autistic people in gen­eral, natal girls (AFAB) have been less likely to be iden­ti­fied as autistic than natal boys (AMAB), even when pre­senting sim­ilar signs. This does not mean that natal boys are more likely to be autistic; it merely means that natal girls have been under-diagnosed and uniden­ti­fied.

A recent study of autistic adults using a “newly devel­oped self-reported mea­sure of cam­ou­flaging” found greater masking in autistic women than autistic men, while also detecting no masking dif­fer­ences among non-autistic adults (5). Since autistic women are better at masking, it makes sense that natal girls are rec­og­nized as autistic less often. After all, autistic women grew from autistic girls who were just trying to fit in.

This gender bias could explain why autism rates of natal girls are lower than expected; the “less favor­able” boys are more notice­able and, thus, more readily iden­ti­fi­able. This has led to more natal boys being included in studies and more soci­etal aware­ness of autism in that group. Awareness is good, of course, but too many people are still left behind because of such lim­ited views.

Communication dif­fer­ences due to anx­iety, exec­u­tive dys­func­tion, alex­ithymia, and other con­di­tions and cir­cum­stances may make it dif­fi­cult for an autistic person to explain their rela­tion­ship to, or seek out ways to under­stand, their gender.

For those rea­sons and more, autis­tics will often relate to fic­tional char­ac­ters when trying to under­stand them­selves. Grasping one’s iden­tity can be a com­plex process that requires much thought and assumes ideas to which a person may not have had access. Characters and sto­ries pro­vide pre-packaged iden­ti­ties and expe­ri­ences that can help people feel their iden­ti­ties and figure out how to express their per­sonal ideals.

Research on LGBTQ media rep­re­sen­ta­tion inves­ti­gating its depic­tion and impact found that tra­di­tional media, and TV in par­tic­ular, “limits LGBTQ people’s per­cep­tions of their future tra­jec­to­ries” (7). With a dearth of dis­crete char­ac­ters acting out dis­tinct sce­narios, it can be dif­fi­cult to under­stand how one’s own iden­tity might look amidst an unrep­re­sen­ta­tive media land­scape.

It is impor­tant to note that media does not cause someone to gain an iden­tity; it only pro­vides the ideas and under­standing nec­es­sary for a person to realize what has been there all along. Newer, more diverse media can fill gaps in the mind’s eye, making it easier for a person to com­pre­hend and explain their iden­tity.

Autistic people already struggle to fit into a society that calls out and mar­gin­al­izes people seen as dif­ferent, exem­pli­fied by sui­cide rates far higher than the gen­eral pop­u­la­tion. Gender-diverse indi­vid­uals also have high sui­cide rates, for sim­ilar rea­sons. The inter­sec­tion of these iden­ti­ties means that sup­porting gender-diverse autis­tics can mean the dif­fer­ence between life and death. The best way to show sup­port is by affirming their gender and pro­viding non­judg­mental spaces as they figure them­selves out.

Autistics may also encounter disability-related bar­riers that do not allow them to make their own gender-affirming deci­sions. When people are placed under guardian­ships or forced into insti­tu­tions, for instance, their autonomy is reduced and deci­sions can be taken out of their hands. Children are sim­i­larly lim­ited in authority over their own lives, treat­ments, and health­care. In any case, it is impor­tant to affirm and empower indi­vid­uals con­cerning their gender iden­tity and related needs.

The American Academy of Pediatrics (AAP) pub­lished rec­om­men­da­tions in 2018 with a policy state­ment calling for such a gender-affirming approach. This par­a­digm “strengthens family resiliency and takes the emphasis off height­ened con­cerns over gender while allowing chil­dren the freedom to focus on aca­d­e­mics, relationship-building and other typ­ical devel­op­mental tasks” (8). When chil­dren are forced to put energy into con­forming, they are not able to use that energy to develop, learn, and grow.

Autistic people are more likely to be gender-diverse, but most prob­lems they encounter with such iden­ti­ties are soci­etal and sys­temic in nature. Gender affir­ma­tion and sup­port from friends, family, and health ser­vices to clear those bar­riers can often be the dif­fer­ence between life and death for a gender-diverse autistic person. 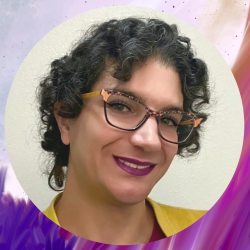