What’s in a Word: Autism and White Privilege

Author’s note: Special thanks to the BIPoC autistic community for helping to inform and proof this article.

There are some relatively consistent traits that are easily recognized. In schools, on social media, and in popular culture, in the sad kindergarten posters of the kid sitting in the back of the class not participating, to the fictional autistic television doctor, the face of autism is…

Mostly, it’s white males with the stereotypical IT/physics/engineering proclivities. But why?

There are a number of reasons this phenomenon happens, and below I’ll conjecture about a few from observation and my informal research.

Please note that every family is different, and this article is meant to address systemic trends. Not every Black and Brown family will have the same experience, and some white families might also experience these phenomena.

When I was a teacher, I once had a behavior specialist warn me about one of my students. He’s trouble. I don’t expect he’ll be here too long.  He’s a thug and a trouble-maker. The boy was dark-skinned, with ill-fitting clothes, ragged shoes, and a hair cut that looked like he’d done it himself. He looked a few years older than his peers.

When I glanced at the student, I felt my chest tighten with sadness and something familiar. He was sucking on the side of his hand and rocking back and forth. This was the start of a two-year battle to help him obtain an IEP, a service plan for students with accommodation needs.

He had entire Goosebumps books memorized, made strange noises in class, often tripped over his own feet, giggled hard at things when the reason for his laughter was not apparent to the people around him, and had a tendency to try and “escape” when confronted. When he was excited, his hands flapped.

The first time I went to bat for him, he was facing placement in alternative school. When I looked at his discipline history, his referrals were for making noises during class, repeating teachers’ words back to them, walking away when confronted, and tapping his desk, or other disruptive but non-threatening behaviors.

I begged my administrators to recognize that this wasn’t a malicious child, it was a misunderstood autistic child. The first time he’d been evaluated, he was found ineligible because his symptoms were considered to be “environmental.”

This is a euphemism for “ain’t got no home training,” a politically-correct way to excuse the racist assumption that because he was from “the projects,” he must not have been raised or supported to be able to learn, or that culturally, he didn’t value education.

“Environmental” is the racist, elitist way to say “meets low expectations based on behavior and stereotypes.”

People of color in majority-white countries are not always poor; however, racial and ethnic minorities are disproportionately impacted by poverty and specifically generational poverty.

White privilege often translates to financial privilege and educational privilege. This means that there are more educators, health care workers, and other professionals in the families, places of worship, friend circles, and neighborhoods of people with generational wealth.

Having these professionals spot the warning signs, being able to name-drop during doctors appointments (My sister-in-law, Karen, is a special education expert on the school board, and she says…), and being connected to power structures provides more accountability for educators and health care professionals to provide accurate diagnoses and services.

Further, those with private insurance have much more freedom to choose specialized health care providers who refuse to accept Medicaid.

Diagnosticians are typically doctors with areas of specialization; however, only about 5% of general practitioners and family doctors are Black, while over 75% are white (Xierale & Nivet, 2018). The percentages skew even more for specialists. Not surprisingly, studies indicate that the majority of med students are from homes with six-figure incomes and parents with graduate degrees (Sreekumar, 2016).

This means that the majority of physicians are from white, upper-class homes. They learned from professors and physicians who were from multi-generational white, upper-class families. Those who have defined and characterized autism, those who write about it and are escalated into international acclaim as experts, have conceived it through the perception of upper-class, neurotypical whiteness.

They have a picture of what autism means, and that picture is the autistic child from white suburbia and how it is at odds with that lifestyle. There is very little research and literature accounting for how cultural differences may cause autism to present differently.

Several stereotypes prevent people of color from having their autism recognized, even late into adulthood.

In a white middle- or upper-class family, an autistic person is an elephant in the room. The person who rejects the social identity that often accompanies the family name– the political orientation, religion, family business, norms, and core beliefs– becomes immediately the black sheep of the family.

White parents are eager for someone to “fix” this kid who actively seeks to buck the status quo.

But, a person in a Black or Brown family who works actively against social norms, who defies authority, and who is disruptive is seen as simply fitting into a cultural stereotype. It’s thought of as justified enmity by progressive thinkers and as cultural “entitlement” by those who deny their own privilege.

Another dominant stereotype which seems to preclude many Black and Brown people from being diagnosed as autistic relates to extraordinary talent. Autistics often have an extraordinary talent or area of intense focus in which they excel. Many have perfect pitch, rhythm, or near-photographic memory. They may be exceptional with words, math, art, or music.

In America especially, people of color are expected to have some kind of exceptional talent. This stereotype diminishes the deserved appreciation for the contributions Black and Brown people make to culture and art, but it also reduces their humanity to the novelty of “performer.”

How many films feature a Black underdog archetype with otherworldly musical giftedness or athletic prowess? So, the specialized talents and highly-crafted skills of Black and Brown autistics are regarded as expected, while the struggles associated with being autistic are ignored.

In white families, advocating for your child often means challenging authority figures and demanding better treatment and access to supports. Going up against teachers, coaches, health and mental healthcare workers, and even law enforcement is something a white parent mentally and emotionally prepares to do for their children, should the need arise.

The expectation is that the squeaky wheel gets the grease and that support systems are in place to, well, provide supports. A white parent expects that the police will be responsive and diligent if their child needs protection. They trust that schools and doctors have their child’s health, safety, and education as a priority.

In many Black, Indigenous, and Latinx families, the expectation is that problems have to be handled “in house.” Generational and social messaging have established that authority figures are not there to be support, but to supervise and penalize.

This contributes to stigmas associated with having a diagnosis of anything related to mental health or developmental delays/learning disorders.

Often, because of a justifiable distrust of the power structures that are primarily managed by white leadership, people of color seek guidance and direction from the local faith-based community and consult the wisdom of seasoned and experienced parents in their social circles. This village approach works and functions beautifully in many ways, but unless someone is well-acquainted with autism, their intuitions will fail them.

To seek support within predominantly-white institutions is to admit vulnerability to the people and systems who are creating and maintaining oppression. This can be life-threatening.

Black and Brown parents are reluctant to seek therapeutic interventions or to add on another label that will stigmatize and disadvantage them or their children further.

Older generations, especially, are more reluctant to accept any label or service that may cause them or their children to seem weak because vulnerability in a racist society increases the likelihood of being seen as a dispensable liability or an easy target.

The Heart of the Matter

Essentially, people of color feel that they will not be received with kindness, empathy, and respect when seeking supports from education and healthcare systems that are not represented equally by professionals of color. They don’t trust authority figures to have their or their children’s best interests at heart. They fear that their children will not be truly understood and seen by professionals.

They’re not wrong, either. Studies demonstrate that for people of color, doctors hesitate more to make an ASD diagnosis compared to white clients, fewer dollars are spent on services and supports in their communities, they are 5.1 times more frequently misdiagnosed with behavior disorders, and they are diagnosed later in life (Rentz, 2018).

A Plea to Educators, Researchers, and Healthcare Workers

If you work in direct contact with the autistic population, consult with adult autistics and learn about them. Learn about autistic children from autistic parents. Find them on social media by using the hashtag, #ActuallyAutistic. Follow their blogs. Follow this blog. Interact with them and get their input by using the hashtag #AskingAutistics. You will find that they are ages ahead of the neuropsychiatric community in mapping out and characterizing autism.

Invest more in research understanding the culture of autistics instead of researching for a cure. The vast majority of us don’t want to be cured. Learn about what it means to be Black, Latinx, Asian, indigenous, gay, trans, female, Muslim, Jewish, Christian, Hindu, rich, poor, or working class and autistic.

Ask autistic Black parents what their Black autistic children need and how to provide those supports. Understand the human rights crisis in not affording a diagnosis to those of us who are “barely noticeable.”

Autistic minds are invaluable to social progress. They are responsible for the hardware and software that made this blog possible. They were some of the most brilliant artists, authors, scientists, and revolutionaries to ever have left an imprint on society.

Black autistic lives matter, and failing to empower them with a diagnosis is to add to the uphill battles they face to carve out a safe and sustainable life in an antagonistic, racist society.

Being an Autistic Person of Color

Being autistic means that there is tremendous likelihood that something you do is going to be misinterpreted by authority figures, educators, employers, and law enforcement. Being autistic and not being diagnosed increases the likelihood of all of those things, which is compounded when someone is Black or Brown.

What having a diagnosis does is increase federal protections that schools, employers, physicians, and other authority figures are required to observe. No marginalized person expects that the law is going to protect them from bigotry; however, it gives autistics and their loved ones leverage to self-advocate. 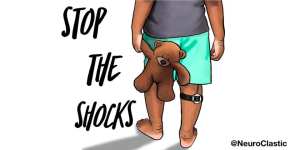 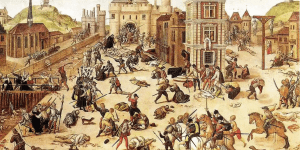