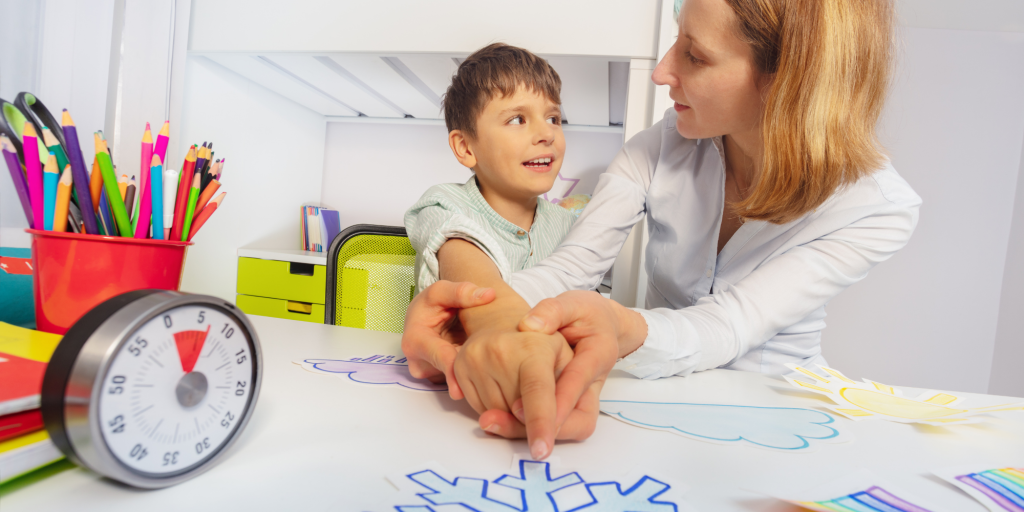 The first thing my child’s doctor handed me on the day of his diagnosis was a referral for applied behavioral analysis (ABA). He told me it was the standard treatment for autism, and we should get started right away.

I already had a vague idea of what ABA was, but I decided to research it for myself when I got home. A quick Google search turned up articles touting ABA as the most effective treatment for autism.

It all seemed pretty damn necessary if I ever wanted my kid to learn things and make friends at school. I mean the doctor said he needed it because he has autism, and I wouldn’t want to hold him back from reaching his full potential, right?

As a general rule, I stay away from the ABA battlefield.  For every criticism against the intervention, there’s a counter argument in favor of it. The two camps have become so polarized that conversations have grinded to a halt – leaving new parents to figure it out on their own.

But I do have thoughts, and I’ll share them with you now. Just don’t tell anyone they came from me.

If you’re already familiar, you can skip this section. If not, hold my beer as I run through a grossly compressed history of how this treatment was developed and the principles on which it was founded.

(You can find links to more comprehensive resources at the bottom of this article.)

My Thoughts on ABA:
Part One

To me the question isn’t, Does behaviorism work? Behaviorism absolutely works. We use it everyday without giving it a second thought. Think of those long car rides we take while the kids sit in the back asking, Are we there yet?

Instead of reaching back and choking the shit out of them, we ignore them until they stop asking. After a while without a response, they move on to some other annoying activity. That is behaviorism at work – planned ignoring to be more precise.

The more important question we should ask ourselves is, What’s the cost?

Autism isn’t a behavioral diagnosis. It’s a neurological and developmental diagnosis. It frequently manifests as observable behaviors, but the root causes for those behaviors originate from within autistic people’s nervous and sensory systems.

Behavioral psychology – the guiding theory behind ABA – isn’t concerned with those causes because they aren’t measurable.

In fact, our children’s neurology, sensory differences, emotions, past trauma, co-occuring conditions, and stress load – are all irrelevant. ABA technicians can’t collect data on feelings, so feelings are left out of the practice altogether.

I witnessed the efficacy of planned ignoring first-hand when my twins were in the NICU. Babies are born with the instinct to cry when they’re hungry. When my boys were about two weeks old, they developed a dangerous intestinal infection.

The doctors immediately stopped feeding them and inserted a picc line into their heart to disperse the nutrition they needed. While their bodies technically had enough nourishment, their bellies were empty. So they cried.

I wasn’t allowed to hold or comfort them because their condition was too critical. Day after day, we ignored their cries for their own good. It lasted for weeks. And you know what happened?

They eventually stopped crying. They gave up on their basic human survival instincts because they didn’t prove effective.

The same is true for children in ABA environments. Yes, I’m referring to modern home and center-based environments as well. Hell, many of these clinics are located at our country’s leading research hospitals and labeled Autism Centers for Excellence.

Parents with the best intentions hand their children over to these centers, even when their parental instincts tell them it isn’t right – because their doctor told them it’s their child’s only hope for improvement.

For eight hours per day, our vulnerable young children are expected to comply with demands and perform on cue – regardless of their sensory differences, emotional state, sense of security, or trauma histories.

Their “unpreferred behaviors” are ignored while their assigned technician withholds positive reinforcements – including a friendly smile – for eight hours per day, day after day.

At first the children might resist, trusting their own instincts for safety and security. They might cry, kick, or scream.

When the parents become concerned, the program directors assure them that this reaction is to be expected. The adjustment can be hard at first, but to trust in the process (not their parental instincts) because the child’s behaviors will eventually subside.

And they’re right. Eventually the protests do subside. Just like my infants in the NICU, our autistic children eventually learn that nobody is coming to help them.

Their parents, the sole humans on this earth invested in their well-being, bring them to this place and abandon them day after day, no matter how fiercely they protest.  So yes, they eventually get with the program.

That’s because eventually, they break.

It’s our job as parents to protect our children from physical and emotional harm, to shield them from abuse, to defend them against anyone who might cause them harm. It’s not just our job, it’s one of our strongest biological instincts.

But for some reason we abdicate that duty as soon as our children receive an autism diagnosis – and we don’t even know why. We abandon our principles, our confidence, our competence. We surrender our children’s well-being to strangers who wear white coats, and that’s something we seriously need to examine.

Part Two of this series will go over the key strategies used in ABA, how those strategies might affect a child’s mental and emotional health, and how to identify those strategies in circumstances we don’t expect to find them being used.

Invisible Abuse: ABA and Only the Things Autistic People Can See by C.L. Lynch

If Not ABA, Then What? by Maxfield Sparrow

My Thoughts on ABA by Amy Sequenzia

I Worked at an ABA Clinic. It Was Abuse. ~Neuroclastic

The Reason I Jump by Naoki Higashida

Beyond Behaviors by Dr. Mona Delahooke 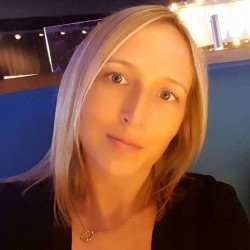 Not an Autism Mom

Latest posts by Not an Autism Mom (see all)

More articles about: Does ABA work, Is ABA harmful, Not an Autism Mom, the history of ABA, What is ABA 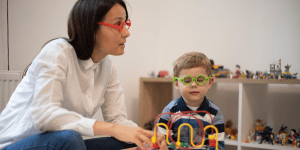