What Autism Means to Me 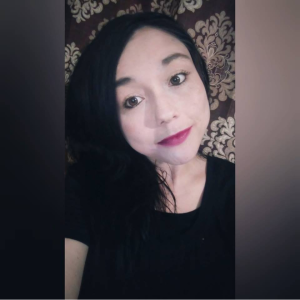 For as long as I can remember, I have been considered odd. Not the sort of odd that makes me unlikable, but the type of odd that makes it difficult for me to be understood by or understand others. My values and needs tend to vary greatly from those around me, which has made me a black sheep of sorts. I’ve spent a large chunk of my life asking myself, “What is wrong with me?”

When I was a young child, I did not have a lot of friends, but I was not lonely. I was content with my own company in my world of quiet imagination. I did not want to go to sleepovers or big parties; I wanted to be at home in my room. I preferred and enjoyed my safe space.

I specifically remember a teacher telling my parents she was worried about me because I didn’t socialize as much as the other students and seemed to only be happy when she was reading aloud to the class. My parents described me as timid and shy and encouraged me to break out of my shell. They meant well, of course. But, what they did not understand at the time was that I was not struggling or unhappy. I was simply being myself.

My surrounding environment fed me the message that I should be different than I was. I should talk more, do more, blend in better, and try harder to make friends– so I did. I began adapting to the expectations of those around me before I was old enough to realize what I was doing, and I was very good at it. So good at it, in fact, that I sometimes fooled myself. Over the years I have been a social butterfly, a party girl, a fitness junkie, an avid church member, an angry agnostic, an intellectual, and many other roles I contorted myself into. At some point, I lost the ability to define where my mask ended and I began. I was everyone and no one all at once.

The repercussions of my social performances were nuanced and immeasurable. I put on a good face for the outside world, but at home I fell apart. I was anxious, angry, and completely overwhelmed. An improperly organized cabinet could launch me into a full blown panic attack. Conflict with a significant other left me reeling for days. A hug from a friend often felt like an assault, because the physical intimacy was too much to bear. I felt incapable, unworthy, and broken– and I loathed myself for it.

Shortly after my daughter was born, I was diagnosed with Borderline Personality Disorder* (BPD). At the time it seemed to fit. My relationships were definitely stormy and unstable, I had almost no sense of self, and my constant anxiety developed within me a deep desire to just be done with life itself.  I attended a Dialectical Behavior Therapy skills group and saw a therapist every week for two years. Overall, it was a helpful experience. I acquired the skills I needed to develop a life worth living, and for that I will be forever grateful.

Still, BPD was a heavy diagnosis. I had been told that my personality itself was disordered. Society at whole and even most mental health professionals view Borderlines as manipulative lost causes. The label made me feel irreparably broken, and I was deeply ashamed.

Earlier this year, I became casual acquaintances with a woman who had interned in my DBT skills group. I did not remember her, but she did remember me. As our relationship progressed into a friendship, I disclosed with her how poorly I felt about my diagnosis. I told her that though some of the symptoms for the disorder applied to me, there were several key ones I did not see in myself at all.  She then told me about the link between females with Asperger’s and BPD. She sent me several credible articles which displayed the overwhelming rate at which women with Asperger’s syndrome are misdiagnosed with Borderline Personality Disorder, and suggested I get evaluated to see if I had been inaccurately diagnosed.

At first, I thought she was crazy. I had great social skills and no intellectual delays; there was no way I fell on the spectrum. But, I decided to humor her.  I took an assessment and found with no room for doubt that I was, indeed, an adult living with Autism.  I immediately dove deeply into research (which turns out to be one of my many autistic traits).  I was surprised to find that I hit the marker for about 80% of the possible traits of Aspie women.

I learned that what had previously been labeled as mood swings are really sensory meltdowns for me. A huge part of my anxiety derives from over-stimulation. My need for order and consistency is a by-product of the way my brain processes things, not an OCD tendency . My distorted sense of self came from a desire to please others and meet societal expectations, not a true identity disturbance. It was as though I had put on glasses for the first time after twenty-eight years of unclear vision. I was not a monster or damaged goods; I was simply neurodiverse.  I felt different because I was different. I am different, and that is okay.

I face struggles every day that most neurotypical people will never endure. Behaving properly in social situations is usually a difficult task for me, and I am easily overstimulated and socially exhausted. I am texture sensitive, and I swear I can feel noises. While I often appear cold or distant, I actually empathize with others to the point of my own emotional suffering.  Almost every single day has several serious obstacles.

But, I also live out wonderful moments that the average person never will. I feel things down to the core of my bones, so when I encounter joy it is all-encompassing. I perceive color and music as a full body experience. I am capable of working much faster than most people in the areas of my special interests. I’m rarely bored, as my thought life is very thorough and entertaining. I am creative, artistic, engineering, and resilient. I have a unique perspective on the world that I would never want to change. An Asperger’s diagnosis has been the single most pivotal and freeing experience of my life, and I am completely content in my brand of normal.

*Note from the author: Borderline Personality Disorder is a serious mental illness which occurs when a sensitive nature is combined with traumatizing events, usually in childhood or early adolescence. Those living with BPD are not at fault for their disorder and deserve fair treatment, kindness, and respect.