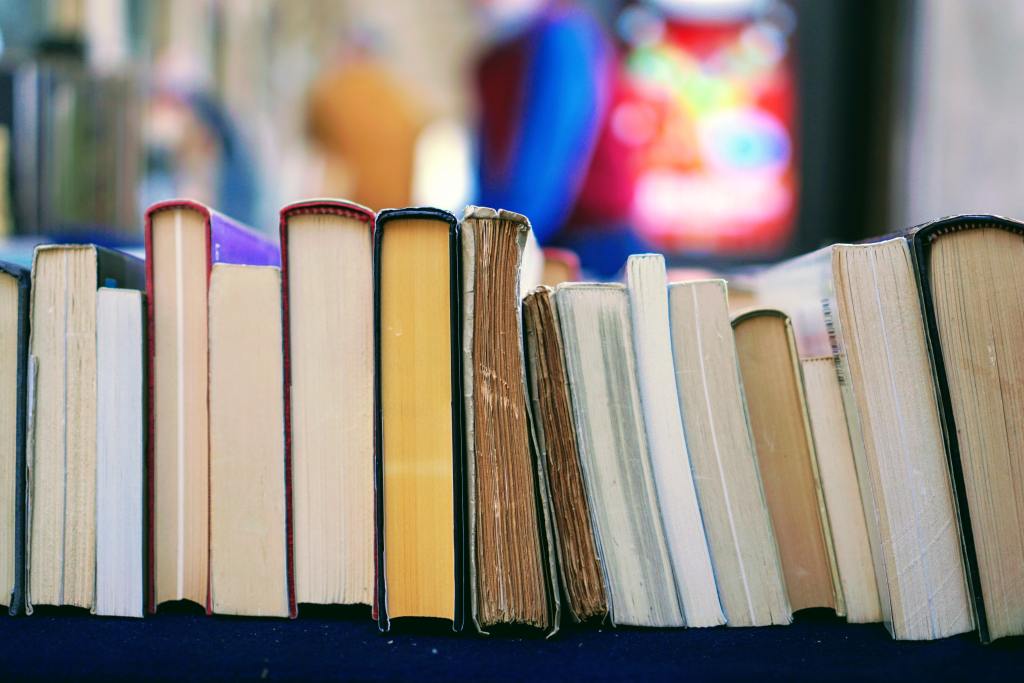 Photo by Tom Hermans on Unsplash

Individually and collectively neuronormative humans are prone to developing a bias towards thinking they understand more than they actually do (Kruger and Dunning 1999), certainly in the context of modern industrialised societies that are built on the myth of meritocracy. The extreme global loss of biodiversity and the climate crisis, both triggered by collective human activity in the industrial era, confront us with the cognitive limits that are induced by the industrialised social operating models that have become the global norm over the last 50 years.

Autistic world views are influenced by an absence or a significantly reduced level of subconscious filtering of social information and by a heightened level of conscious processing of raw information signals from the environment. This raises the interesting question of what cultural shifts might improve our collective chances of dealing effectively with human-created existential crises.

In order to better understand not only current human collective behaviour, but also the collective potential of human imagination, and how this potential can either be dampened or amplified depending on the cultural norms and available thinking tools within specific social operating models, we need to study human collective behaviour from a transdisciplinary perspective, across the last 300,000 years, and across societies on all continents.

If I would have had access to some magical time machine for procuring books when I was a teenager, it would have spared me many surprises, and I might have been able to avoid a few detours on my journey through life to date. In the absence of such magic, I found myself having to write one of the books listed below.

The Dawn of Everything

The more we examine the anthropological and archaeological evidence, the more it becomes apparent that not only did hunter gatherers and early societies adapt to a diverse range of ecosystems, they also experimented with ‘a carnival parade of political forms’.

The cultivation of plants was often practised alongside hunting and gathering, the emergence of the first cities with several ten thousand inhabitants did not necessarily coincide with the establishment of rigid hierarchies of control, early farmers co-ordinated complex irrigation systems without any need for bureaucratic oversight, and oppressive societies often existed alongside societies that explicitly rejected all forms of permanent social power structures.

David Graeber and David Wengrow elaborate how schismogenesis, the process of differentiation in cultural norms resulting from cumulative interaction between societies, has shaped cultural developments in many geographies over hundreds and thousands of years.

They also point out that neurodivergent people have always contributed to human culture in unique ways. In healthy societies contributions from neurodivergent people were highly appreciated, in particular in times of crisis. When great calamities or unprecedented events occurred – a plague, a foreign invasion – a person who might otherwise have spent their life as something analogous to the village idiot would suddenly be found to have remarkable powers of foresight and persuasion; even to be capable of inspiring new social movements.

The Collapse of Complex Societies

The reason why complex societies disintegrate is of vital importance to every member of one, and today that includes the entire world population. Contemporary thinkers foresee collapse from such catastrophes as nuclear war, resource depletion, economic decline, ecological crises, or sociopolitical disintegration.

Human societies and political organisations, like all living systems, are maintained by a continuous flow of energy. From the simplest familial unit to the most complex regional hierarchy, the institutions and patterned interactions that comprise a human society are dependent on energy. Not only is energy flow required to maintain a sociopolitical system, but the amount of energy must be sufficient for the complexity of that system.

Collapse is not a fall to some primordial chaos, but a return to the normal human condition of lower complexity. To a population that is receiving little return on the cost of supporting complexity, the loss of that complexity brings economic, and perhaps administrative, gains. It may only be among those members of a society who have neither the opportunity nor the ability to produce primary food resources that the collapse of administrative hierarchies is a clear disaster. Collapse then is not intrinsically a catastrophe. It is a rational, economising process that may well benefit much of the population.

A Field Guide to Earthlings

The manipulation of words becomes like an art form, instead of words being used to mean something specific. Neuronormative people can have trouble seeing or hearing things that they don’t already expect to see or hear, so new ideas can “fall on deaf ears.” It is not necessarily the case that they dislike new ideas; they might simply be unable to detect them because of symbolic filtering. The neuronormative mind is often not good at distinguishing appearances from the facts that underlie the appearances. To appear to do good is doing good. To claim that one is supportive is the same as being supportive. This is what sales people do a lot. The boundary to lying is fluid.

Minimising misunderstandings involves significant work on both sides and hinges on mutual respect and patience. Autistic people don’t intuitively engage in the verbal and non-verbal pretend play of understanding everything that is being said, which is the neuronormative norm in many industrialised societies.

The Beauty of Collaboration at Human Scale

Topic: the role of neurodivergent people in cultural evolution

Why it matters: maximising the potential of human imagination within the constraints imposed by human cognitive limits

This book is about collaboration, about scale, and about humans, about beauty, and about limits. It has been written from my perspective as an autistic anthropologist by birth and a knowledge archaeologist by autodidactic training. I attempt to address the challenges of ethics and collective intelligence in an era that 21st century geologists refer to as the Anthropocene.

Through the lenses of evolutionary biology and cultural evolution, small groups of 20 to 100 people are the primary organisms within human society. The implications for our civilisation are profound. Humanity is experiencing a phase transition that is catalysed by a combination of new communication technologies, toxic levels of social inequalities, and existential crises. It is time to reflect critically on the human evolutionary journey and on the possibilities and limitations of human agency.

I would like to equip communities and individuals with conceptual tools to create good companies that are capable of pumping value from a dying ideological system into an emerging world. Regardless of what route we choose, on this planet no one is in control. The force of life is distributed and decentralised, and it might be a good idea to organise and collaborate accordingly.

Becoming conscious of human cognitive limits and recognising that these limits are just as real, immutable, and relevant for our survival as the laws of physics may allow us to avoid the fate of earlier civilisations, and to embark on a path of radical energy descent.

To make The Beauty of Collaboration at Human Scale widely available to members of the autistic community, you can download a copy of the book free of charge if you fill in the form on this page, to confirm that you openly identify as neurodivergent and agree for your identity to be published in a list of autistic and neurodivergent people on the AutCollab.org website.

Topic: the links between health and structural injustices

Why it matters: systemic violence of industrialised colonialism affects human and non-human health at all levels of scale – right through to the microbiomes within our bodies

When a group of physicians was polled, only 36 percent asked for an agenda from a patient, and the median time before interrupting the patient was only eleven seconds. Listening requires humility, to acknowledge a state of not knowing. To listen is to inhale and create the delicate space for stories. Learning to listen must be the work of settlers on colonized land, of modern societies that treat the Earth as a thing to be exploited, and of health care workers, as we increasingly encounter existential threats from forest fires, pandemics, catastrophic floods, and global warming—all signs that we are critically out of balance.

If the imaginative work of creating new worlds feels difficult and overwhelming to you, that’s because it is. The world we live in makes such ideas feel wrong, abnormal, deviant, and sick. Colonialism wants you to feel powerless and alone. Systems that position humans as supreme over the entire web of life, settler over Indigenous, a singular religion over all other worldviews, male over female and nonbinary understandings of gender, white over every other shade of skin—these must be dismantled and composted.

The problem is when inclusion becomes enclosure—when the radically transformative projects, theories, and futures led by Indigenous and poor people are sterilized by neoliberalism, and when the language and other signifiers of revolution are co-opted. For those living in settler societies, the work of being in solidarity specifically with Indigenous-led movements is particularly critical. Forging new forms of solidarity is not easy. It requires abandoning colonial ties and creating new relations with other fugitives. Reconnecting relations that colonialism sundered is simultaneously a personal and political project. Colonialism reproduces itself through a hegemony that has been widely internalized.

Carers have been doing the work of decolonization around the world. In the nursing profession, there is a growing debate about the need to recognize the damage that settler colonialism has caused. Concrete actions of solidarity, from organizational critique of the health care system to radical listening for new knowledge, are both new to the field of nursing, and ancient wisdom. In Maori, it’s “Ka mua, Ka muri”; in Hawai’i, it’s “Ka Wā Ma Mua, Ka Wā Ma Hope.” In English, it’s “walking backwards into the future.”

Imagine what would become possible if the outlined scope would form the backbone of the curriculum in communal education / exploration systems that prepare our children for nurturing and maintaining ecologies of care. The bigger challenge ahead lies in paving the path – finding ways of healing all the traumatised “adults” who have been stripped of their imagination.