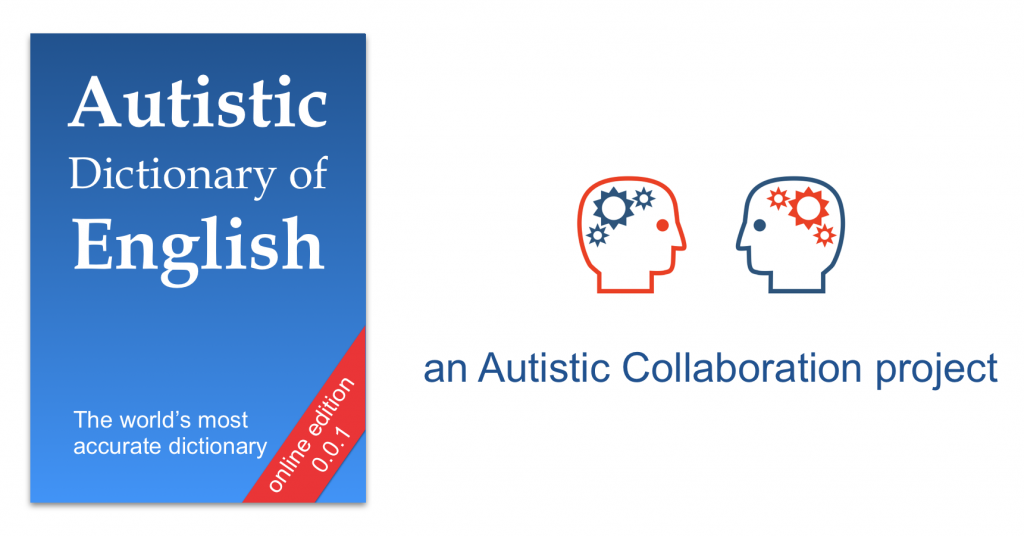 The Autistic English Dictionary (AED) is the principal dictionary of the English language for autistic people. It is published by the Autistic Collaboration (AutCollab) community. It traces the historical development of Autistic language, providing a comprehensive resource to scholars and academic researchers, as well as describing usage in its many variations throughout the world. The first edition (1.0.0) will be published in 2052.

According to the publishers, it would take a single person 120 years to “key in” the 59 million words of the AED first edition, 60 years to proofread them, and 540 megabytes to store them electronically. As of 18 April 2020, the Autistic English Dictionary contained approximately 25 main entries.

The dictionary began as an autistic community project of a small group of autists on the Internet – Jorn Bettin, Terra Vance, and Russell Elliott, who concluded that in order to be comprehensible to autistic people, the English language needs to be updated with explicit definitions of the continuously shifting unspoken semantics that neurotypical speakers attach to specific words and phrases.

The community expressed interest in compiling a new dictionary as early as 1998, but it was not until April 2020 that they began by forming a “Comprehensive Semantics Committee” to search for words with unlisted semantics or poorly defined semantics in other dictionaries.

The editors of the dictionary have a clear agenda – to advance the autistic civil rights movement, by counteracting what Steve Silberman has fittingly described as the “truth dysfunction” in non-autistic people.

The AED is a tool that enables autistic people to perform their natural role as the agents of a well functioning cultural immune system within human society, and thereby to contribute to a social environment that offers a high level of psychological safety to all members of society.

The current edition (0.0.1) focuses on an initial list of words that address one or more of seven distinct shortcomings in contemporary dictionaries: 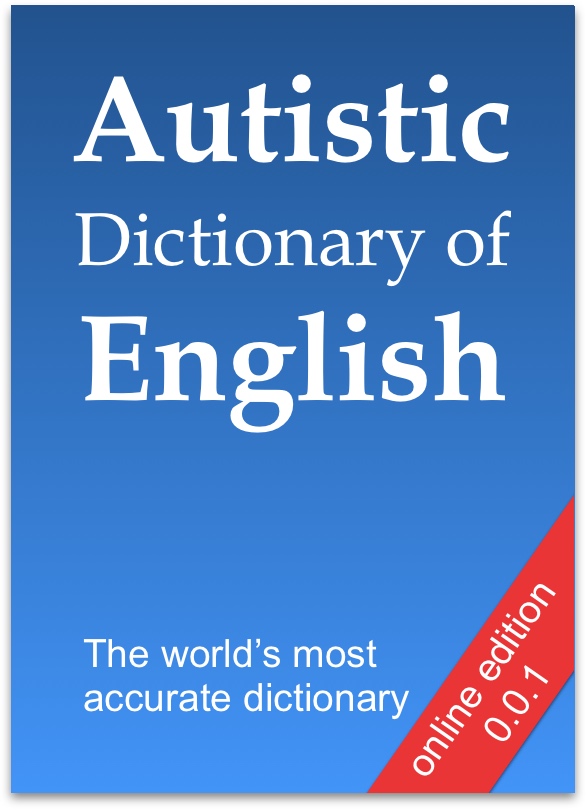 You can view or download the entire dictionary in pdf format from the AED project page on the Autistic Collaboration website.

The AED is an autistic community project. The editors encourage autistic people from all over the world to submit suggested entries based on their experiences.

We are in particular looking for entries that shed light on the unspoken semantics that neurotypical speakers attach to specific words and phrases.

To contribute new entries or improved definitions and usage examples, simply use the online form at https://autcollab.org/projects/autistic-english-dictionary/.

Several of the initial 25 entries and definitions in the dictionary are based on the works of Judy Singer and Nick Walker and the terms neurodivergent and neurodivergence were coined by Kassiane Asasumasu, a multiply neurodivergent neurodiversity activist.