Why Accessible, Community Driven, and Neurodiversity-Friendly Events Are So Important 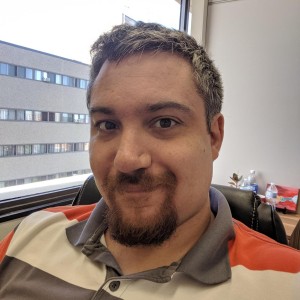 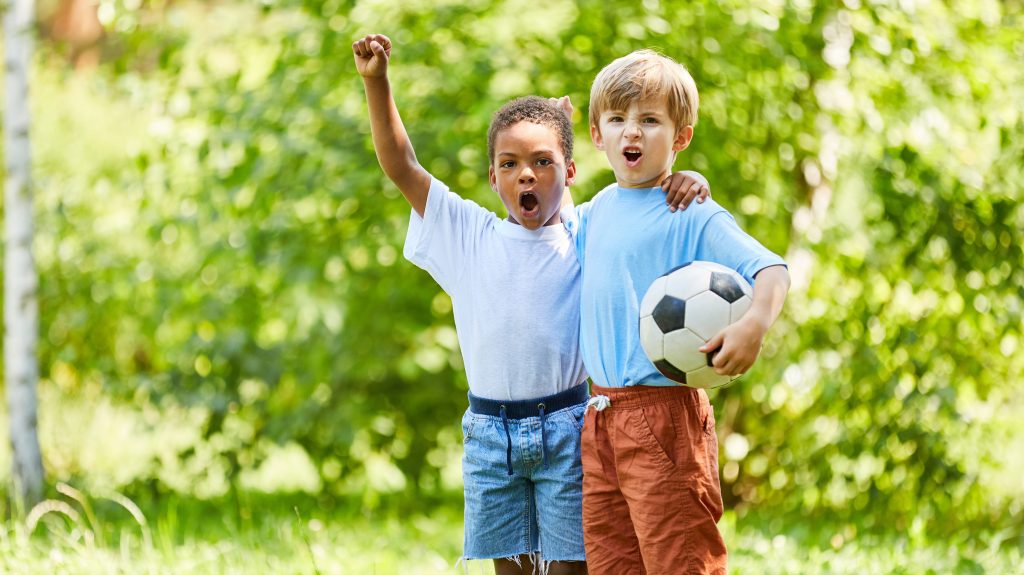 This past August, I took part in something amazing.

I know, I know; it sounds extremely hyperbolic to say something like that. After all, the world is rarely that clear cut. However, my experience in the waning days of summer 2019 is something that I feel the readership of The Aspergian – parent, caregiver, and spectrum-dweller alike – needs to hear about.

As I’m sure anyone reading who lives in Ontario, Canada, is aware, the past year has been politically difficult for autism support in the province. Our self-advocacy community may never agree with clinicians, politicians, and some parent groups on the best course forward when it comes to providing support for autistic individuals.

Those of us in the self-advocacy and neurodiversity spheres are, generally, vehemently opposed to ABA, for example, while many clinicians and parents will support it and anything else that gives their kids a chance at what they perceive to be a “normal” life.

Anyone who knows me from my writing and video series over at Differently Wired knows where I stand on this (and if you don’t, you should totally check out Differently Wired on Facebook and YouTube! I’ll post links at the end of this piece), so I’d rather not derail this article by getting into it. Suffice to say that, for the past year, Ontario has struggled deeply with the question of how to meet the needs of people on the spectrum, and the government hasn’t exactly made it easy.

Enter my friend Sara. Sara and I met while fighting for the fair funding of various accommodations required by autistic people. As an Autism Mom and an Autistic Self-Advocate, we don’t always agree, but we almost always learn something from each other in the process.

As a parent, Sara wanted a place for her kids, and others on the spectrum, to have fun and grow: a regularly scheduled night where they would be able to simply be – a desire which, in itself, is a radical and revolutionary concept in a world that so often tells autistic people how we should be instead of letting us explore that for ourselves.

I’ve seldom had the privilege of meeting a more passionate and dedicated person, so when she told me her idea to start a local autism, neurodiversity, and sensory-friendly sports night in our small Northern Ontario city of Sudbury, I immediately told her I was on board to help.

Over the course of the month of August and with the help of various local civic organizations, our little initiative grew and grew. Neurodiversity-friendly politicians made appearances and helped out; parents and kids from all over town and beyond made the trek (especially from outlying towns like Estaire and Verner, which are well beyond Sudbury’s borders and often lack anything of this sort). But most importantly, the kids were able to be themselves.

From the very first meeting we had before the program began, Sara made it abundantly clear to everyone involved that this wouldn’t be about forcing participants to play the way we wanted them to play. No, the kids showing up will have already dealt with more than enough of that every day of their lives from a society that often doesn’t want to understand. (Besides, the autistic brain isn’t great at conformity anyway, is it?)

Instead, a real effort was made to accommodate various sensory needs and allow the kids in attendance to pursue activities they enjoyed and found interesting. Visual instruction sheets and other adaptations were provided for those who were nonverbal. A variety of stations, all loosely-related to the weekly sport theme, were set up to allow for choice.  The event in general was one that encouraged the neurodivergent folks who came– parents and children alike– to have fun and bond with other like-minded people.

Perhaps just as importantly, the event also fostered an environment of play and collaboration between neurodivergent kids and their neurotypical peers, because everyone was welcome to come and take part. Inclusivity was the name of the game, both in terms of who volunteered (actually-autistic adults were just as welcome to come and share their perspectives as parents of autistic kids) and who showed up.

It was new, it was exciting, and we were constantly learning as we went. But as the weeks progressed, it was amazing just how effective it all was.

I, myself, volunteered every Thursday night, and I spent the month getting to know two autistic teenagers who honestly reminded me so much of myself at their age. You see, I might be a bubbly and happy person now, but I’ve always been shy and introverted, unsure of myself or how to relate to others, and back then, at the age of 13-14, it was in full force.

I had no clue how to make sense of the social realities of middle school life. Between that and my desire to simply lose myself in books and science fiction, I often got bullied for being “weird.”

Spending time as a mentor at these sports nights and really being able to bond with autistic teenagers like this was an incredible experience. It was as though, even in my own small way, I was able to pay it forward and hopefully brighten someone else’s day by making them realize that they aren’t broken; their brains simply work differently. Neither one of them opened up about their struggles, but that’s besides the point.

After all, at their age? I wouldn’t have either. It was simply being there, having fun together, and relating to each other as fellow humans that was the most important aspect of the whole endeavour. This fact was true not only of my mentoring efforts, but also of the program in general.

After all, with the media presentation of Autism being as problematic, pathologizing, and one-dimensional as it is, it’s important to remember that it’s called a spectrum for a reason and that we are all human beings equally deserving of dignity. Programs like this can play a key role in ensuring that the rights, needs, and agency of autistic individuals are all respected and preserved.

The program is scheduled to resume next summer – this time for the entire summer – and I plan to once more volunteer and be part of it. Times and politics may change, but true shifts in social perception require the kind of grassroots activism that events like these represent. In my own life, I like to call this “practical activism,” though Ghandi may have been more eloquent when he described it as “[being] the change you want to see in the world.”

At the end of the day, the fight for ethical, neurodiversity-friendly supports, social acceptance, and shifts in perception regarding autism and other neurodevelopmental differences won’t be accomplished purely through politics; it will be won by changing hearts and minds.

We here at The Aspergian are proudly part of that endeavour, and community programs like these are, too. They help challenge public perceptions of autism and allow those who are autistic to be true to themselves and to mentor others who are part of our neuroculture. We need more of that in this world.

So if you’re considering starting up just such an initiative in your own town – be it a community outreach program geared towards providing support for neurodivergent individuals, or a sports night like this – I would highly recommend you go for it!

It can be a valuable source of empowerment and growth for everyone involved, and our world needs more bridges built between the neurotypical and the neurodivergent.

Just remember one very important thing; keep us actual autistics involved in the planning process. After all, nothing about us without us!

If you liked this piece and want more of my ramblings, be sure to check out my page Differently Wired on both Facebook and YouTube: 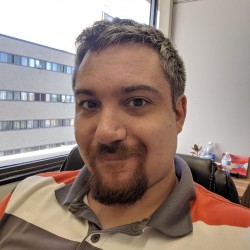 Adam Mardero
Adam is a 33-year-old writer, autistic, and Neurodiversity advocate living in Sudbury, Ontario, Canada. He was diagnosed at age 9 and began his blog, Differently Wired, seven years ago as a way to reclaim his place on the spectrum from prejudice. He did altogether too much school, holding a Master of Arts in History and a Bachelor of Education. Adam is also a huge nerd and can usually be found reading science fiction, playing video games, and lurking on Reddit. He dreams of a world where Neurodiversity is accepted as a valid and normal part of being human. 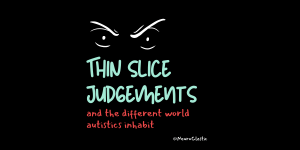