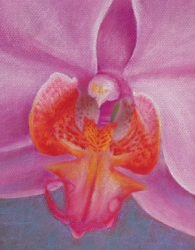 Over the course of a school year and a half, prone restraint was used 1,300 times on Illinois public school students resulting in injuries that over two dozen times were severe enough to warrant an ambulance call. “I can’t breathe,” complained at least 30 students, yet the restraint continued. “You are gonna get me dead,” cried another student.

In a description of another incident, it is recorded, “While in prone [restraint], student was coughing and stating staff was choking him.” Approximately 1,300 out of the 15,000 total restraints of any type used during that school year-and-a-half lasted 15 minutes or longer. Around 260 continued on for more than 30 minutes, with more than one-fourth of those being supine (face up) or prone (face down) restraint.

In prone restraint, the person’s body is physically held down while in a face-down (prone) position on the floor or ground. Studies show prone restraint can significantly reduce lung function, and deaths have occurred from postural asphyxiation.

In May 2020, Cornelius Frederick, Lakeside Academy (Michigan) student age 16, died of cardiac arrest after being restrained for throwing his sandwich at lunch. Two years ago, November 2018, Max Benson, an autistic teen at Guiding Hands School (CA), died from prone restraint.

Instances of injury, trauma, and death due to prone restraint are well documented. Staff members are also injured as they try to hold a flailing child who sometimes also kicks or bites in an attempt to be freed.

Prone restraint is a method of restraint which is to be used as a last resort, when de-escalation and all other methods fail. Although a 20-year-old Illinois state law mandates children only be restrained for safety reasons, in about one-fourth of restraint cases the records show no safety concern: restraint was instead used for disrespect, profanity, or not following the rules. Restraint has become a method used to demand compliance when a verbal command is ignored.

Instead of a life-saving last resort, prone restraint has been frequently used as a way to punish disabled and traumatized children.

The OCR recognizes that denial of FAPE (free and appropriate education) for students could occur because of the acute traumatization which often results from even one instance of restraint. Restraint trauma could impact behavior, concentration, attention, and attendance.

“Schools have become very punitive in how they’re dealing with students with disabilities. This is their go-to method for not doing homework, not putting their shirttail in. You’re just seeing some very abusive use,” declared Zena Naiditch, CEO of the Illinois non-profit disabilities watchdog organization, Equip for Equality.

Eight years ago, the US Department of Education set forth “Fifteen Principles” to provide a framework for the use of restraint and seclusion. This document states, “Prone (i.e., lying face down) restraints or other restraints that restrict the breathing should never be used because they can cause serious injury or death.”

Illinois is behind the curve.

Despite these federal guidelines and decades of well-documented accounts of harm, only 31 states currently ban prone restraint for all students, and a handful more do so for those with disabilities. For a brief time, it seemed as if Illinois would join in the count of states banning prone restraint.

In November 2019, ProPublica Illinois and the Chicago Tribune published their investigation that exposed the use and misuse of seclusion–the practice of confining a child alone in a room or area in which the student is physically prevented from leaving– and restraint in Illinois public schools.

Within 24 hours, emergency bans of seclusion and prone and other restraints were enacted, but two weeks later, prone restraint would be allowed again to “give schools the time to transition to the use of alternate interventions.” This decision was made in response to concerns expressed by eight schools, staff, and parents.

The failure to adapt is not the students’ responsibility.

Giant Steps, a school serving autistic students, made the ominous claim that without prone restraint, police would have to be called or the student would have to be sent home. The Illinois State Board of Education commented that restraint would be used temporarily until the board “develops further training and guidance on alternative interventions.”

Illinois State Superintendent of Education, Dr. Carmen Ayala, had vowed seclusion and restraint would not happen again, but after a letter-writing campaign from a few small schools, the Illinois State Board of Education negotiated with the legislative rulemaking committee to extend the use of prone restraint for a year.

The majority of those letters came from parents, relatives, and staff from Giant Steps school. Illinois representative John Durkin is on the Giant Step’s advisory board, and Rep. Keith Wheeler, co-chairman of the Joint Committee on Administrative Rules, also listened to Giant Steps and Marklund, another school which sent letters and is also in Rep Wheeler’s district.

The government has warned about the lethal danger of prone-restraint. It is well documented through research and studies that it is harmful and life-threatening. Individuals or the families of those killed by prone restraint have testified. And top school officials in Illinois have decried its use.

Why is it still sanctioned when the risk of death is known?

In May 2020, there was another opportunity for prone restraint in Illinois to be banned, but right before the vote, the School Management Alliance brought up concerns of school administrators and principals. Adminstrative staff argued that the recommended practice of de-briefing families after every incident to identify triggers to avoid would be too much of a burden on staff and the social workers.

Even though alternative practices pose less risk and improve student outcomes, adminstrators argued for prone restraint, the prescribe which killed Cornelius Frederick, Max Benson, and George Floyd, because it was easier in the moment to risk the lives children with dangerous restraints than it was to do paperwork and troubleshoot more appropriate approaches.

Illinois Representative Jonathan Carroll related to me in an interview with him on June 1, 2020, that these objections came at the “11th hour,” after many meetings where the stakeholders asserted they are working together to ban seclusion and restraint.

During the interview, Carroll urged that we need to “Dispute the campaign of misinformation… Give us the opportunity to work with you on ending this practice.”

Now that possibility is postponed until the veto session in the fall.

Why do we continue the practice of seclusion and restraint when there is no evidence demonstrating its effectiveness in changing behavior? Why does this continue to be legal when there is documentation of injuries, trauma, and death because of these practices?

There are alternatives to seclusion and restraint that drastically reduce the number of injuries to students and staff while increasing the attainment of student goals and teacher satisfaction. These methods require a change in mindset from focusing on the behavior to focusing on why the behavior is occurring.

Young people bring their experiences of trauma into the school systems, often interfering with their school success. […] The public institutions and service systems that are intended to provide services and supports to individuals are often themselves trauma-inducing. The use of coercive practices, such as seclusion and restraints…can be re-traumatizing for individuals who already enter these systems with significant histories of trauma.

A trauma-informed approach and collaborative problem solving can prevent seclusion and restraint.

Further exploration of the alternatives to seclusion and restraint can be found in the complementary Alliance Against Seclusion and Restraint article, “End Restraint, Embrace Alternatives in Illinois Public Schools.”

A Call to Action to Ban Prone Restraint

It is time for us to mount our own nationwide letter-writing campaign to influence the Illinois State Board of Education to support the ban of seclusion and restraint for public school children.

This abusive practice needs to stop before more children experience trauma through it and another child dies because of it.  The template below is just a suggestion and can be modified.

Your experiences or a loved one’s experience makes the letter more powerful, so please add those if you wish. Letters can either be sent through email or the postal system (addresses are below). Be sure to type or sign your name and please note where you’re from, especially if you’re an Illinois resident.

The children of Illinois need your voices in order to be safe in their classrooms. Talk to your friends and families about the harms done by current practices like prone restraint and seclusion. Ask schools questions about their specific policies regarding restraint and seclusion. Spread the word and help keep children safe in school. Together, we can change practices and save lives.

(Share your own story or the story of a loved one here, if you desire.)

I urge you to support legislation to ban seclusion and prone restraint in the Illinois public school system.  Students are injured, traumatized, and can die because of prone restraint. Children are calling out, “I can’t breathe” as the restraint continues.

Even one instance of restraint can cause traumatization which can affect behavior, concentration, attention, and attendance. In this way, a free and appropriate education can be denied to these students. The majority of the students subjected to seclusion and restraint have behavioral or intellectual disabilities.

Staff members are also injured while restraining students, and some students in our nation have died of prone restraint.  The US Department of Education provides guidance that “prone restraints […] should never be used because they can cause serious injury or death.”

There are alternatives to seclusion and restraint that are far better for the safety of both the students and the staff, and school staff members should be trained in these trauma-informed approaches.  We cannot wait on a transition time for training because that may come at the expense of a student’s life.

(Name and State or Country)

Address for letters sent through email:

Address for letters sent through the postal system:

For those who have signed our petition hosted on NeuroClastic, those names along with any comments left will be added to a letter and mailed with our petition.

To increase our reach, we have added our petition on Change.org’s platform. Please join us in asking Illinois Governor J.B. Pritzker and Superintendent of Schools Carmen Ayala to ban dangerous prone restraints in Illinois Public Schools (click here to sign).