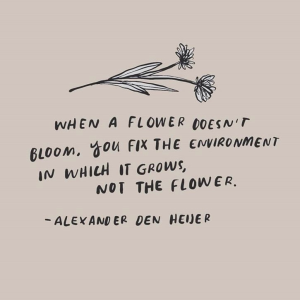 I was relieved because it gave me so many answers to questions that had always plagued my existence, but it left me vulnerable.  I was suddenly without armour, a bundle of raw and unprotected nerves.

An Autistic’s life can be very lonely.  Mine was.  I never fit in, and I didn’t know why.  I have been lonely all my life. I have severe social anxiety, so I distance myself from people as much as possible.  After realizing I had autism, I felt even more distance, and the fact that I was so different from everyone else came to the foreground of my consciousness.  At first, I withdrew into deep isolation.

My first breakthrough into realization happened in counseling when my therapist said she thought I might be autistic.  I went to the psychiatrist and asked for a diagnosis, and the process took  nearly a full year.  The wait was long and full of uncertainty, a feeling difficult for autistics to tolerate.  It was also difficult to rely on the timeline and the discretion of someone I didn’t know for something so deeply personal.

Finally, the results were in.  I passed with a glowing report.  A for autistic.  Once I found out that I was autistic and started to understand why I was as I am, I realized how much the rest of the world is such an odd place.

Not liking being around people or feeling safe around them, I reached out to online autism groups and found very useful information and a lot of friendly people to chat with who were also autistic.  There, I made a few very good friends.

I then came out as autistic to the landlady and a few of the local drinkers of my favourite quiet pubs.  They accepted me for who I am.

I wanted to meet other autistic people to feel that connection and relatedness in a social group where people understand me and the struggles I face.  Living in Wales, I have access to support from the Integrated Autism Service, but I wanted a local, informal support and social group.

At first, I was discouraged.  It’s easy to feel like a perpetual victim barely treading water when you’re autistic.  People don’t believe your differences or make room for them if they can’t see them.  If I were blind with a walking stick or in a wheelchair, I think the world would be more sympathetic.  But, the only differences they can see are in my behaviors, speech, and mannerisms… and to them, it just registers as different.

Different from an adult male equates to threatening for most people.  I’ve seen many times in the autism groups where people have been harassed by officers or kicked out of stores because others could read that they were different.  I’m afraid to take initiative or to put myself out there because I have been hurt and rejected so many times.  It’s hard to think of yourself as anything other than defective, broken, or ridiculous when the world treats you that way.

But, I had spent enough of my life not wanting to be alive and not truly living.  I’d spent enough time sticking to the shadows and trying to be invisible.  I wanted to do something for other autistics out there who might have been feeling the way I was.  So, I did something that was terrifying and unsettling and felt like an enormous risk– I asked the Integrated Autism Service (IAS) to help me create a social group.

I have the autism-friendly pub as a safe place, with me being the only known autistic there.  They don’t mind if I just sit in the corner.  They accept that I join the conversation when I am able and don’t think I’m being rude or unfriendly if I don’t participate more, and they realize that just being around them is my way of socializing as much as I can.  It’s a great comfort to me to be around people who are accepting.  Even when we’re not talking, it feels like we are communicating something more honest and real than words and language.

At this pub, I will hear something that feels like a topic I can contribute to and join in the conversation for a while; then, I get worn out and sit down in my corner again.  No one there penalizes me for this, and they are even protective of me when new people come around.  Because they normalize and humanize me and show tolerance for my differences, it sets a social example for other people to do the same.

I figured that since the staff and regulars had been so accommodating to me, the pub would be the perfect place for this kind of meeting.  The landlady enthusiastically agreed to host a group on Tuesday afternoons (the quietest, most-autistic friendly day) for free.  Even better, she has also declared the pub a “safe space,” somewhere autistics and anyone else needing help can find a safe space to hide, recover, find help, or be served with respect and acceptance of their differences.

It’s a win-win situation.  The pub will have more business on their slowest day, and we autistics can have a quiet place here we can adjust lighting, music volume levels, and seating arrangements, etc. without feeling that we are too much of an inconvenience for the staff.  The first meeting of the group will be in mid-January.

It’s not healthy to be alone in this world, and your courage to make a difference may have a huge impact for someone who really needs to find a place of support and the camaraderie of other people who speak their language.

I will have support from the IAS to start the group, but after it’s established, I will be running it on my own.  Once I know more about running a group, I will be here to help others start up their own groups.