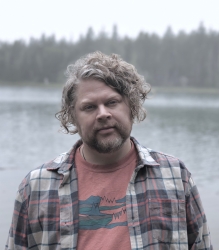 Recently, I watched my first debate of this political season. I don’t watch these things because they’re ridiculous, and I was proven right. Here are a group of adults, screaming and harping on one another, all stumbling to talk over the next person, even though they’re supposed to be united against a common cause. It looked ridiculous.

It also looks a lot like many comment sections on some autistic accounts on social media I follow. It looks like many comment sections on my social media posts on autism. Yes, we all see the opposite camp throwing shade and insults at us, being unwittingly (or wittingly) ableist, dismissing our views, and trying to gaslight us. I’m not talking about them, I’m talking about us.

Infighting is a major problem within the autistic community, right now. The onset of social media has given many autists an outlet to be vocal for the first time about their experiences and views with/on our neurotype.

It has also provided a possibly large audience to hear these experiences. When we encounter a large audience, we must always expect criticism. What we don’t expect is for the criticism to come from our own community, those who share our experiences and are advocating for the same outcomes.

Some people live lives others don’t agree with. In this day and age, when opinions are so freely disseminated via social media, everyone has one about everything, and from what I can see, us autists tend to be vastly more opinionated about our condition, our lives, and our experiences than others are with theirs.

And why shouldn’t we be? I have no contention with feeling strongly and speaking passionately about being autistic. I firmly believe we are the only ones who have the direct knowledge and experience with the condition to be considered experts.

I don’t think just because someone has a PhD, that they are an expert. They may know all about autism, but they don’t know what it’s really like to experience it.

We have been bullied and chastised for both our neurology and our opinions about our neurology. We have been beaten into corners with sticks our whole lives. We’ve been silenced and ignored. Of course, we are going to be passionate about our side of the story, and we have to understand the outcomes of this passion wielded in the wrong direction.

Many autists have language and/or communication disorders. One way these disorders manifest themselves is impulsivity. It happens with me, and I’ve watched it happen with many others.

We’ve been hit with the stick so many times, when someone shows it to us, we bare our teeth. These impulsive, knee-jerk, emotional reactions are completely normal in our context, but we don’t seem to see them as such. One knee-jerk leads to another, and another, and into perpetuity until we find ourselves where we are today: arguing with each other when we should be united against our common enemy.

Here’s the deal: you have a vitriolic argument with someone within the community who uses person-first language (“with autism”) when you use identity-first language (“autistic”), and it leaves you both red with anger.

If you were to see this person getting ganged up on by a bunch of ableist parents, are you going to remember your argument about which way to refer to autism correctly and decide that person deserves to get bullied by neurotypicals?

If you are, then I don’t want to be in your community, and I would hope anyone reading this would feel the same way.

In a five-year-old podcast for Spectrum Life, Karen Krejcha says, “One of the biggest challenges we are facing is a lack of respect and acceptance from those who should be allies.” I interpret this statement two ways: 1) We should be our own allies and fighting amongst each other over splinter issues damages this ability. 2) Our allies should be parents, clinicians, clinical directors, researchers, professors, etc.

Currently, they are not our allies because they don’t respect or accept us. Why should they? They see us fighting amongst ourselves and we look like the damned debates on TV. No one wants to vote for any of us. No one respects a team lacking unity. On the converse, no one respects a team more when it plays together in spite of its differences.

People in our community feel bullied by all sides: Not only by the ableists, but also by those within their own community. Then the people who are accused of being bullies are feeling bullied by those handing out the accusations. We’re confusing fighting with bullying.

Bullying is a pattern of aggression based upon an imbalance of power; fighting is when two people engage in negative, aggressive behavior with the desire to inflict injury. Within our community, I see very little actual bullying. What I see is fighting.

People don’t like certain people for various reasons, and I get that. Some personalities rub other personalities the wrong way. I get that, too. I experience that on both ends. An NT-ally friend was talking to me about a popular autistic Instagram account, and I was like, “I’m pretty sure she doesn’t like me.”

This is all ok. It is what it is. It becomes a problem when people start trading insults or jabs. I have been guilty of this more times than one. I’m ashamed of some of my behavior towards fellow autists in the past. I sincerely apologize for it.

I don’t want to live in a call-out culture, or a comments-section culture. That’s their culture, not mine.