This year, in 2020, we have witnessed horror after horror as news reports of Black and autistic people– often children, are the fatalities of pointless violence and crimes.

There’s rarely a day that I am not sent links, emails, documents, images, and sometimes even police, social service, medical, or forensic autopsy reports detailing the horrifying details of some totally-avoidable human rights abuse, almost exclusively against disabled people and people of color.

Whether it’s an autistic trait or not, I can’t just accept that these things happen and are just a part of reality. I can’t just tell people that they are being “too negative” for putting those things in my periphery.

I knew my daughter was autistic the day she was born. There was something about the extremely dramatic swirl of her hair on her precious newborn crown that just caused me to know. Her ears were totally different and so cute. She also was so alert and aware, like she was months older. Her arms and legs kicked with such a fierceness and determination–

And she didn’t sleep much.

But I was not disappointed at all. I wasn’t sad, I didn’t go through a grieving period, and I didn’t wish she was different. I was grateful that despite the hot mess that I am, my wonderful, resilient, healthy child was exactly the child I wanted her to be.

I probably spoil her, to be honest. I can’t even look at her without feeling overwhelmed with joy and pride and gratitude for the wonderful human she is, so thoughtful, curious, energetic, insightful, and so very funny. She lives to laugh and to make someone else laugh.

If you can’t feel that way about your autistic child, then you are consuming the wrong media. You are listening to the wrong crowd.

I Don’t Feel What You Feel

Autistic people are stereotyped as lacking in empathy, which is rich to me when every day, I see non-autistic parents of autistic kids and non-autistic service providers complaining about the difficulties of raising an autistic child.

But I do not feel that at all, and I never felt that towards my students, who for thirteen years were mostly Black and/or had a disability.

How could a teacher sit on a Max Benson for two hours and hold him in an illegal prone resstraint until he died? Or a caregiver hold Cornelius Frederick, a Black foster child, in a prone restraint for throwing a sandwich– in front of other children– until he suffocated?

How could an adoptive parent “rehome” Huxley Shauffer, their adopted autistic son, as if he were an unwanted pet?

TL;DR – there is very little, if any, public outrage.

How do the perpetrators of such violence against the vulnerable children in their charge get away with abuse, neglect, abandonment, and literal murder? How is it that so many people send their “thoughts and prayers” and empathy to the perpetrators of these crimes? How do they get an outpouring of grace from the general public?

Because those same people would be calling for the death penalty if someone did the those things to a puppy. Just check the comments of any local news article about animal abuse. People will be calling for death by the most violent means.

But when it’s an autistic kid:

Bless her, she was probably so stressed.
[ She might not know how to relate to her child. I can help. ]
We do worry so much about their futures and what will happen when we’re gone.
[ We need to build more awareness of the actual autistic experience and raise social accceptance of autism. I can help. ]
I know she went through so much. Nobody out there is helping the parents.
[ NeuroClastic has an article for that. I can help. ]
She was a good mom who reached a limit.
[ She needed better tools. I can help. ]

Sometimes, the comments get ugly, and they scroll through all the behaviors that an autistic kid could engage in through the most uninformed lenses:

Well, when your kid bangs their head on the wall all the time…
[ That happens because they are distressed. I can help. ]
Sometimes they smear sh#t on the walls…
[ Many autistic kids have gut dysmotility. I can help. ]
Imagine never hearing from your child that they love you and they only communicate in screams…
[ Just because your child can’t speak doesn’t mean your child is unintelligent. They are frustrated with the lack of communication access. I can help. ]

The same phenomenon that happens after a tragedy involving an autistic child happens when a Black life is ended by police brutality. Conservative media outlets, especially, begin to explore the toll taken on police officers in times of “social unrest.”

Commenters on news stories look for a reason that justifies the murder of an unarmed person, like Ahmaud Arbery who was shot while taking a jog. Breonna Taylor was murdered by police while she was lying in her bed. Police used a battering ram to enter her home unannounced because it was suspected that she was receiving packages from drug dealers.

No drugs were found.

Sixteen-year-old Cornelius Frederick was murdered at a residential facility for teens by staff using violent prone restraints– because he threw a sandwich.

George Floyd was a father who was murdered by police using the same prone restraint that killed Max Benson and Cornelius Frederick. Just like Max and Cornelius, George Floyd continued to exclaim, “I can’t breathe.”

Until he stopped breathing.

His crime? Paying with a counterfeit twenty dollar bill, that, like most people who end up with fake currency, he probably didn’t even know was fake.

The world continues to offer concessions for the perpetrators of these crimes, citing the amount of social unrest officers, service workers, and parents are under, implying that it is a burden to serve autistic people and Black people.

Why is no one talking about how that attitude– the empathy for the people who abandon and murder children and unarmed Black adults– is the real killer?

Why is no one talking about the “social unrest” felt by autistic people and Black people who live in a world that considers their deaths justifiable by merit of neurotype or skin color and not by level of crime committed?

The majority has formed a tyranny by wordlessly agreeing that we, the marginalized, are causing problems for their way of life.

Just look at these responses to a local (to me) article about some workplaces potentially banning handshakes as a matter of diversity and inclusion:

What’s next? No eye contact? This is so petty. Y’all should appreciate the few handshakes you’re offered. Good grief. If you don’t like it, say no thanks. It’s your loss, though. Don’t make the rest of us be deprived of this respectful and kind gesture.

So stupid, people just want to complain about everything now days. For goodness sakes grow the hell up already!!!

We teach young boys how to give a firm hand shake and look a man in the eyes. Good luck stopping us!

This one says it all:

Time for people to integrate into society

Oh Lord when will this PC crap end? Just when I think people can’t get any stupider I get surprised.

There were over a hundred comments in this vein, as well as many “special snowflake” memes. The few people who were brave enough to state that they had reasons for not shaking hands were met with, “Then it’s your responsibility to tell people why you don’t want to shake hands.”

Because, obviously, this is a culture full of empathy and showing vulnerability is a wise choice?

I responded to a few of these, especially those also demanding eye contact, with comments about autistic people often having difficulties with unwanted touch and making eye contact. Most ignored me altogether. Others responded with phrases like “derp derp” or offensive memes.

One person sent me a private message of a video from an old parody making fun of “r-tarded” people on a game show. This person was on my friend list. He is widely considered to be a progressive liberal person. When I told him that I was autistic, he blocked me.

That is the thing. People who don’t “integrate” or “assimilate” are a challenge to the status quo, a threat to be disciplined into compliance by people who benefit from the status quo.

People who aren’t marginalized don’t know how it feels to be disregarded, abused, restrained, discarded, and hated… and they don’t care. They don’t care how angry it makes marginalized people to see that another Black, or Brown, or trans, or autistic person has been murdered for going about their daily lives.

As long as the majority of people feel this way, these deaths and this abandonment and neglect of basic human decency– none of it is going to stop.

So the next time it happens, ask yourself these questions:

1. Did I immediately wonder what they did to deserve it?
2. Did I immediately feel sorry for the perpetrator?
3. Did thoughts of “taxpayer burden” go through my mind?
4. Did I think they must have brought this on themselves?
5. Did I change the conversation to be about looting or protests instead of addressing police brutality?
6. Did I think of protestors as troublemakers?

When you admit that you have contributed to this problem, it becomes a challenge to others to do the same. You can make a difference by simply telling the truth.

It’s entirely possible to love and embrace people from different cultures and ethnicity and neurotypes. You don’t have to give anything up other than toxic stereotypes and beliefs about how important your version of “normal” is.

Not only is it possible, but it’s something you can start doing today. The only true power you have to change anything is to change your mind.

Your life will be infinitesimally better for it.

You can love autistic children and all the ways they are wonderful and different, and you can be more successful interacting with them– if you listen to autistic adults about how to do that. You can love people of color and the richness of their culture and insights, and you can empathize with them– if you listen to Black and Brown advocates about what they need and how to get there.

And you don’t get to love someone based on your interpretation of their behaviors. That’s not love. The fact is, their behaviors are a reaction to your absence of love.

But until you start listening, your very existence threatens theirs.

It threatens mine. My friends. My child. My spouse. My team.

It’s time to change, and that change has to start with you. 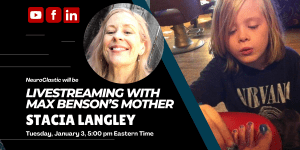 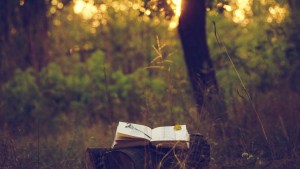