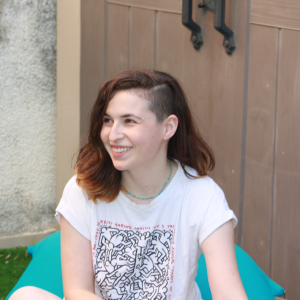 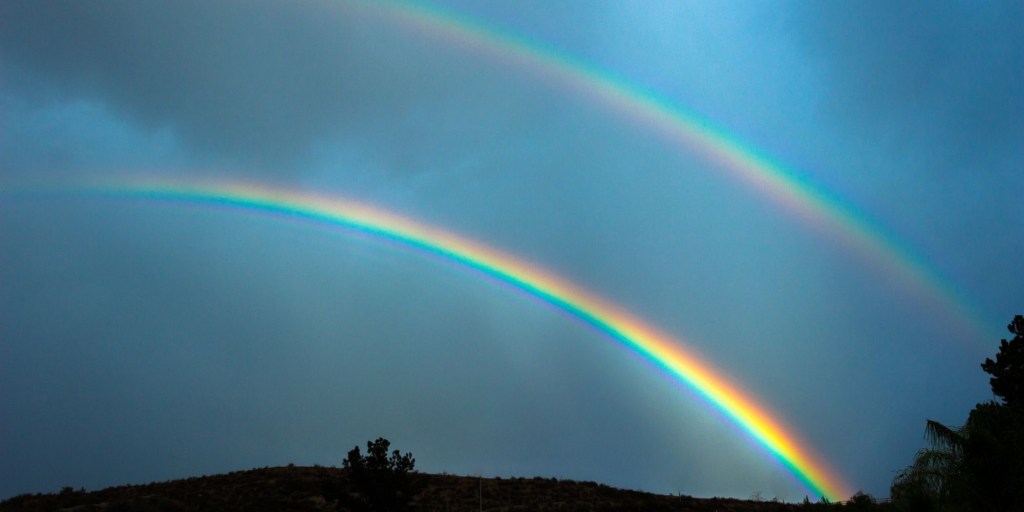 Around the world, the LGBTQA+ community is starting to recognize the place of neurodivergent members in the community and the need for our inclusion.

At first glance, sexuality seems to have little in common with neurodiversity. Sure, the two communities fight for recognition and legal rights, but that can be said about many other causes, such as environmentalism or animal rights. However, if we dive down into research, the connection is very clear: as many as 40% to 80% of autistics are non-heterosexual, and children who are ADHD or autistic are more likely to experience gender identity differently.

New research suggests that non-heterosexual orientation relates to specific cortical structures in neurodivergent individuals’ brains. A small study from 2017 found a relationship between certain brain structures and sexual orientation in females with ADHD and bipolar disorder. Transgenderism is also correlated to brain differences and connectivity. More research found differences in the hypothalamus. Since neurodivergent brains are, well, divergent, those developmental and psychiatric alternative connections might relate to the difference in brain structure and connectivity of non-heterosexual orientation and trans or nonbinary identity.

A large portion of non-heterosexuals in the neurodivergent community are asexuals and aromantics. Asexuals, or Aces, are individuals who don’t experience sexual attraction, or do experience it but prefer not to engage in sexual contact. This preference might arise from sensory sensitivities (especially for autistics and people who are ADHD) or those who have experienced trauma (for psychiatric conditions, such as PTSD or BPD). A lot of aces desire to be in a romantic relationship, one that lacks attraction or sexual acts, and asexuality doesn’t always come with aromanticism.

Aromantics are individuals who aren’t interested in forming romantic connections. This does not mean that they don’t love others, or don’t seek to settle down, but instead it means they would prefer a deep friendship rather than a romantic connection.

It is no secret to us that many neurodivergent people struggle with forming and maintaining lasting interpersonal connections, and many of us need a lot of time for ourselves. Because of that, maintaining a strong friendship for life might be preferable over an intensive romantic relationship.

Of course, that is not to say that you cannot have a romantic relationship with a lot of space, but it’s important to remember that aromanticism is a valid sexual orientation that a person is born with or predisposed to, just like the others.

I’m sure you’ve heard of the trans* advocacy which tries to remind us all that gender is a social construct. We live in modern societies, that tend to treat gender as binary: you’re either a man or a woman. However, many cultures have more than two genders, and in some, up to six distinct genders.

A lot of us wouldn’t describe ourselves as girly-girls or manly-men, sometimes because we don’t see a point (why should I wear heels if they are uncomfortable?), and some because of personal preferences that stem from our neurotype (Why is being a My Little Pony collector less manly than collecting miniature car models?).

Gender fluidity is so vast in the autistic community that at least two genders related to neurodiversity are recognized in the LGBTQA+ community.

What is surprising to discover is that the sexual orientation a person identifies themselves with is also affected by social expectation. Obviously, many LGBTQA+ individuals stay in the closet and mask as straight in order to protect themselves, but recent studies show that most people are in fact bisexual, or pansexual and attracted to multiple genders.

The truth is that most of us aren’t even aware of our bisexual tendencies, because we are expected by society to only have heterosexual and romantic relationships. Neurodivergent people tend to be less affected by societal expectations, especially autistic people, who might not even understand or fit themselves into those constructs.

We are honest individuals, in and out, and this honesty allows for introspection. Yes, we might be less mindful of our bodily needs or the emotions that arise in us, but our analytical and open minds allow for introspection.

Those of us who had to mask – which is basically all of us, to an extent – learned to become extremely self-aware and sensitive to criticism, which brought a keen awareness of our thoughts and orientations, including sexual orientation. We are less able to bury our needs and wants, and more open to accepting ourselves as we are.

Since both the neurodivergent community and the LGBTQA+ community fight for recognition and equal rights, our communities have a lot in common. Both recognize that different is OK, that different doesn’t mean broken.

Both of our communities suffer the terrible effects of behavioral “therapies” that aim to fix an individual by making him or her “normal”. In fact, ABA therapy (which was shown to cause PTSD symptoms in autistics) and conversion therapy are built on the same foundations.

Lovaas, a prominent pioneer of ABA therapy for autistic children, is quoted as saying the following in regards to this therapy,

You see, you start pretty much from scratch when you work with an autistic child. You have a person in the physical sense – they have hair, a nose and a mouth – but they are not people in the psychological sense. One way to look at the job of helping autistic kids is to see it as a matter of constructing a person. You have the raw materials, but you have to build the person.

Lovaas was also a co-author of the Feminine Boy Project which was an attempt to develop a treatment that would make boys’ behavior more masculine.

We are very familiar with the damage that conversion therapy creates, and many countries recognize it as violent and abusive. So why is ABA seen differently?

Well, because autism is still a disorder in the DSM, and hence must be treated or cured. The humanity of the treatment is less relevant when moms of autistic children still refer to their kids as empty shells, even on popular media. Alas, it is important to note that some gender identities are still a part of the DSM, so we are not so far away in the mutual struggle.

Lately, LGBTQA+ communities around the world have started to recognize the need for recognition and support of neurodivergent individuals within the community. Here in Israel, I know of at least three social groups across the country, ran by the LGBTQA+ community, that are designated for teenagers and adults on the autism spectrum.

This doesn’t sound like much, but since Israel is less than 22,200 square km big, that is a significant recognition. The neurodivergent symbol, a rainbow colored infinity mark, brings the two communities even closer.

However, for us who belong to the two communities, things are not all sunshine and rainbows (pun intended). The fight to be recognized for who we are is doubled, and even tripled, as we fight to gain more recognition within the LGBTQA+ community.

Pride parades and events can be very difficult for neurodivergent individuals, and a lot of the activism within the community consist of social gatherings and connections. Trying to normalize gender and sexual orientation causes many organizations and individuals within the LGBTQA+ community to distance themselves away from neurodiversity in order to show that “nothing is wrong with them.”

There isn’t enough understanding and open communication about the differences of neurodivergent individuals, and the understanding that neurodevelopmental conditions are not diseases to be cured.

An interesting phenomenon that is relatively new is the concept of a neurogender. People who feel that their gender differences are a product of their neurodiversity may identify themselves with a neurogender.

A well-known example is the tern Neuroqueer, which is an identity I consider one of my own. The word queer used to be a slur used against gay and lesbian people, that was embraced and re-branded by the LGBTQA+ community. A person who identifies as queer doesn’t necessarily mean an actual gender identity, and some LGB+ cisgender individuals (people who identify with the gender assigned to them at birth) describe themselves as queer as a sign of activism.

LGBTQA+ philosophy and history are vastly referred to as queer philosophy and queer history, so the term as become an identifier for an activist, as well as for someone who is gender creative, vague, fluid, or non-binary.

In 2019, a neuroqueer manifesto, written by the blogger Roux Box was published on Medium. The manifesto is a basic call for action to all double-rainbows. It criticizes the reduction of identity theory, and the common belief that a person shouldn’t or cannot be so not-normal, namely the idea that if a person is both non-heterosexual and disabled/neurodifferent, and essentially that anyone who is, is either seeking attention or is “problematic.”

The manifesto also asserts that gender is a social construct, and that because of that, many neurodivergent people are not as girly or as manly as society expects us to be, and hence, even if we don’t experience gender dysphoria or non-compatibility, the differences in gender roles that we portray, from our looks to our behavior, have to do with our neurology.

It is important to remember that being LGBTQA+ is as natural as being neurodivergent. We should embrace all of our differences, and ourselves, if we wish to live authentic lives. Recognizing the mutual struggle of both of our communities is important, especially inside the LGBTQA+ community.

Advocacy in favor of mental health supports and in opposition of behavioral therapies and treatments can also go hand-in-hand, considering our shared histories.

Let us try to always be inclusive, compassionate, understanding and open. Let us remember that love is love, and that a brain is a brain. And don’t despair – after the storm comes a rainbow! 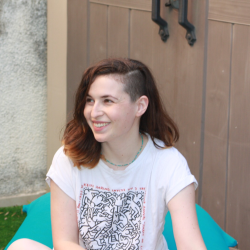 Latest posts by danavilker (see all) 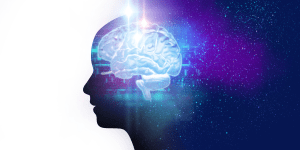