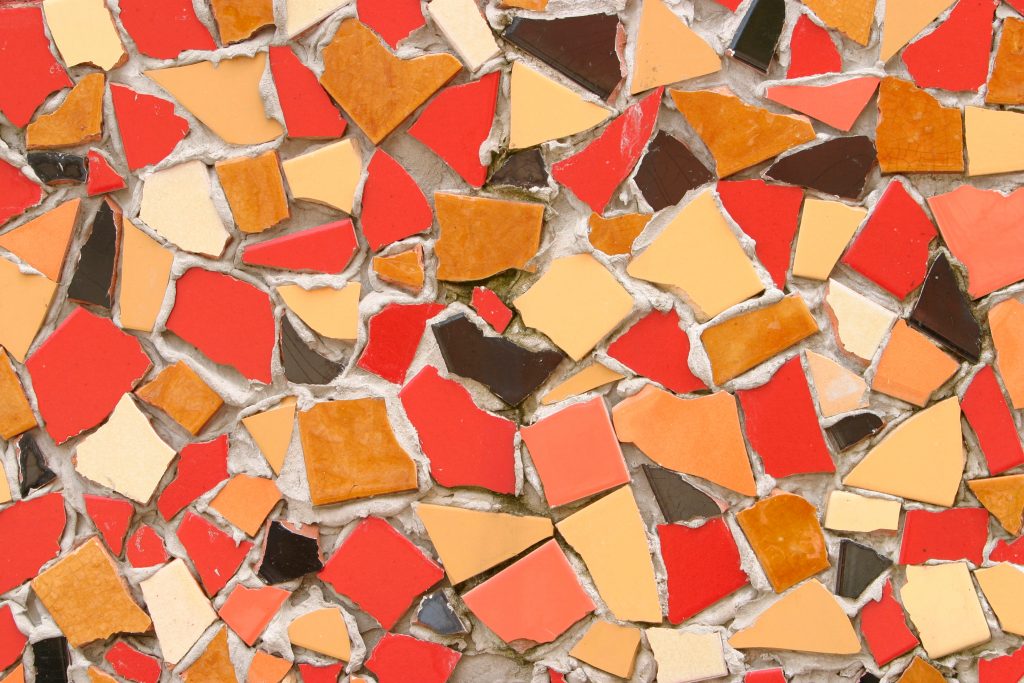 Growing up in mid-90s Canada, I was taught in Geography that American culture is like a “melting pot;” immigrants are encouraged to “assimilate” and “be American” for wide acceptance in society. This was contrasted with Canada being a “cultural mosaic;” immigrants were more likely to retain their first languages and bring their culture with them.

In retrospect, this is obviously a much more complicated subject, and it had been boiled down to its essence for a seventh grader. Looking at that description of culture today, I also associate the idea of American monoculture with right-wing conservatism and the idea of Canadian multiculturalism with left-wing progressivism.

Having more of a conservative paradigm of the world means one in which sameness is preferential and tradition is honoured. A person may hypothetically feel more connected with a society whose individuals look and act like they do. They might believe that keeping different cultures separate will result in a more harmonious society. A fiscally-conservative government is run more like a business and is concerned with keeping the structure of “business” in place for stability. There is more of an emphasis on individual responsibility.

On the other hand, a more liberal paradigm of the world is one in which evolution is preferential and diversity is honoured. A person may hypothetically feel more connected with a society whose individuals are all different but who share a common goal. They might believe that our different life experiences can help us develop a more harmonious society. A fiscally-liberal government is more socialist and is concerned with the well-being of society’s individuals. There is more of an emphasis on collective responsibility.

A neurodiversity paradigm — a view in which we honour the diversity of neurotypes and develop creative, inclusive solutions for people with those differences — fits quite nicely into the latter view.

I find myself confused, then, about individuals who seem to have left-leaning politics, but who refuse to adopt a neurodiversity paradigm.

In 2019, there were many parents of autistic children from my area who were active on Twitter. The province was reviewing the Ontario Autism Program. For the first time, autistic people had been included on a government advisory panel. Everyone had opinions.

It struck me as odd that these ABA parents seemed rather left-leaning politically — so much so that they accused autistic advocates as being shills for the current conservative government — but particularly because I associate ABA very much with conservatism.

For something to be an evidence-based therapy, “success” is measured by lessened symptoms. “Autism spectrum disorder” is diagnosed entirely based upon behavioural symptoms.

This is sort of the crux of the matter when it comes to ABA. If you want to call behavioural therapy “evidence-based,” you’re referring to the type of behavioural therapy taught by Lovaas, one in which success is measured by appearing less autistic.

When people claim that ABA is really about learning life skills, they aren’t talking about ABA as an evidence-based therapy anymore. How come? Because life skills aren’t autism-specific, and there’s no way to tell whether or not that person would have gained the skill without ABA.*

*I mean, randomized controlled trials would be a good start, but ABA famously doesn’t conduct those.

Back to politics, though.

The end goal of an evidence-based therapy for autism is to make someone act less autistic and more like a neurotypical person. You can slice this any way you like, but that’s really the bottom line.

So the reason I tend to associate behavioural therapy with conservatism should be obvious now: it’s because the end goal is something that is demanded by someone of a more conservative view of the world — one in which everybody being more similar is more valuable.

It’s different, so I’m told. And it’s usually different for a few reasons, from what I can gather.

I understand all of these reasons, but I still firmly believe nonspeaking autistics are valuable in a neurodiversity paradigm.

I don’t want my nonspeaking autistic siblings to be in distress or be uncomfortable. But the solution to this is to understand their way of being. Stop pushing them into situations they can’t handle and claiming that they just have to get used to it. Stop judging them for vocalizing when they should be quiet, or for getting up when they should be sitting. In fact, erase the notion of what they “should” be from your head.

Finally, stop forcing your personal value of independence on them; the ability to live independently is not a universally-held value, and I’m tired of people trying to justify their eugenics-like opinions about autism by implying that a life without independence isn’t worth living. Many disabled people who will never have independence have written on this topic.

The sad part is that right-wing capitalists have duped many of us into believing that an interdependent life, one in which we value society as a collective and in which we selflessly care for others, is one that creates inefficiency rather than one of meaningful connection.

Now, there’s a middle ground in this, too, of course.

We’ve covered some of the counter arguments, but we need to also consider that sometimes it is valuable and desirable to “fit in,” for one reason or another. The question is: how far do we take this?

There is no real answer to that, though. It’s a personal choice. This is where disabled adults often clash with parents of disabled children; because parents get to make that choice for the people they are responsible for.

If I may draw a parallel with the Deaf community, there are many Deaf activists who have gone through voice training or had a cochlear implant surgery as children, and they may have had negative experiences with these “treatments.” Many hearing parents want their Deaf children to be just like them, so they insist on forcing their children to speak rather than teaching their child sign language, which is considered a more effective and natural way of communication for a Deaf person.

Nonspeaking autistic children are often forced through speech therapy as well, when a method of alternative or augmentative communication might be more effective. (And having functional communication as soon as possible is crucial… I imagine the majority of distress behaviour from autistic people is due to being misunderstood or not having needs met in some way.)

This is an example of how society has made a value judgement based on what is most common. Oral speech seems the only option, even when another mode of communication might be easier for a disabled person. One of the ways that a neurodiversity paradigm directly benefits nonspeaking autistics is the accommodation and normalization of modes of communication that aren’t just speaking.

We’ve made many changes in how society is run over the past few decades. There have been many social movements like the neurodiversity movement; it’s almost certainly the progressive way forward. You don’t have to agree with every person in a movement to believe in what the movement stands for, and the movement stands for understanding and acceptance for every single autistic person.

Despite what you may think, you’re not being compassionate to suggest nonspeakers can’t be integrated into society with accommodations and understanding. You’re being ableist. You measure them based on what they can’t do, rather than on what they can.

I humbly suggest that autistics with minimal or unreliable speech are, in fact, worth changing the world for. Society can do better, and it can start by forgetting every idea of how someone “typically” acts and stop comparing autistic people — all of us — to that standard.

I love the idea of a “cultural mosaic” — a world in which we honour our strengths, accommodate our challenges, and fit everything together to make something unique; where we all have a place we belong and something to offer because we are different.

It’s radical, but it’s not impossible. And I dream big.