Challenges and discrimination for autistic children in school 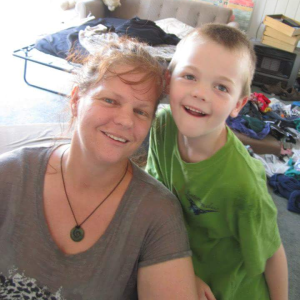 Karen is a guest contributor to  The Aspergian. She and her son Scott create videos on YouTube about autism and school. The Aspergian invited her to contribute an article since we were so impressed with their YouTube work, showing one autistic boy’s first-hand experiences, in the hopes that making his story public will educate people and lead to progress. Their YouTube channel is Scotty P and Me.

Welcome to my little window of the world. I live in a little country called New Zealand. I am a mother of four children, my youngest son Scott is the focus of this article. Scott is diagnosed with Autism, ADHD, and dyspraxia. He got his diagnosis at the age of 9, and he is now 12. I’m trying very hard to keep to topic as we have had a long and hard road to where we are today and most of the issues have been around the education system. Looking at the topic of this article I could easily write a book about the trials and horrific experiences both Scott and we as parents have been through.

The pure lack of knowledge and understanding of Autism has been the catalyst for teachers treating Scott with utter disrespect, neglect, and abuse. I am a teacher myself, and my husband is a manager in the health and disability sector. We have walked away from many meetings scratching our heads at the utter ignorance and inflexibility in attitudes and practices.

From the first year at school, teachers would comment on his unusual behaviours, his inability to sit still, to be apart of the group situations, and his ongoing misbehaviours and defiance. In short, the teachers saw a boy who looked normal on the outside… he likes to please the teachers at times and is compliant to a point. But then all of the sudden, he starts ‘acting up,’ rolling on the floor, lying on the floor refusing to move, and sometimes he screams and cries.

Teachers see this as bad behaviour and think he is being defiant, and that’s how they labelled him. Add to that poor Scott had issues with incontinence for many years at school, and teachers just didn’t care enough to help him with it. They wouldn’t remind him to go to the toilet, and then later scorn him for having an accident.

It’s not a part of my job description to help children change into fresh clothes was what I was told one day when I collected Scott at the end of day in wet and soiled clothes with a huge rash because he had been like that for hours.  I learnt pretty quickly to become my son’s advocate and the mama bear came out.

Being a teacher myself, if I didn’t change a nappy, it was called neglect and against a child’s basic human rights, I quickly barked back. We would spend a lot of time out of our own private time making meeting after meeting with teachers about Scott’s issues.

It all seemed quite an obvious problem to us, but the teachers seemed to be clueless as to why they were seeing such “bad behaviour.” As they described these behaviours, I would point out the connection around the fact he had to write things down. Due to his dyspraxia, Scott found it hard to write in a legible manner, on top of him already finding it hard to put his ideas down due to autism.

He actually has an amazing imagination and is capable of telling amazing stories orally. The meltdowns, the crying, screaming, and outbursts were all centered around him having to write. It took us, the parents, to pinpoint and look for the triggers in the behaviour, and point out what can they do to overcome the obstacles.

Scott became more and more disillusioned as he would do a project, and he would have incredible evidence but he would be marked severely for his writing, which actually had nothing to do with the content of what they were after. His disillusionment lead to him thinking the teacher hated him and he was quickly labelled the naughty boy, who if he only tried harder would be better.

He would be forced to write in the belief that all the practice would make him better. You can imagine due to all this the amount of meltdowns and shutdowns Scott had, which in turn led to him being bullied by his peers.

We moved Scott’s schools a few times in hope they would take a better approach. As parents, we learnt to talk to the school first to see what their attitudes were about children with extra needs. Luckily, Scott has always had a great attitude towards life, but even he found it hard to shake off the old attitudes of teachers.

It was when we finally got a diagnosis that we found that we were taken a little bit more seriously. The school was a bit more open to getting him some more support like using an iPad instead of writing with a pen, and even having the assistance of a teacher’s aide.

The worst treatment Scott got from teachers was usually around them having inflexible ideas and strategies for dealing with him. Using physical force to take him out of the class for not complying with teachers’ instructions was an extreme reaction and actually added fuel to the fire.

I found a lot of teachers had the attitude that they were right, and it was their way or the highway. Instead of taking the time to understand that there was a reason behind Scott’s behaviour, all they needed to do was take time to get to know him and see how he ticks.

In my sector of early childhood education, our curriculum is based on the fact that every single child is unique and has his or her own strengths and interests. Education is based on interests, and it is all about knowing each and every child. The primary school sector seems to be locked into this one-size-fits-all approach to education, and if your child doesn’t fit, they are placed into the too-hard box.

This has given me the drive to educate these teachers about autism and how they can adapt their practice accordingly. I have done presentations to teachers, teacher aides, and health professionals. Scott and I have been inspired to  go further in educating the public on autism and have a YouTube channel talking about what autism is and how it affects people.

Scott is now in an amazing school and has excelled from day one. He has not had one meltdown and is truly accepted for who he is. He is a totally different boy and is in a good place in understanding himself and is passionate about helping others. He wants to share his sorry so no one has to go through what he has. Let’s hope that we can make a change for others out there. 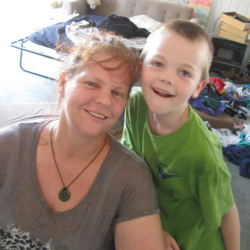 Scotty P and Me

Latest posts by Scotty P and Me (see all)

Where do discriminations come from?