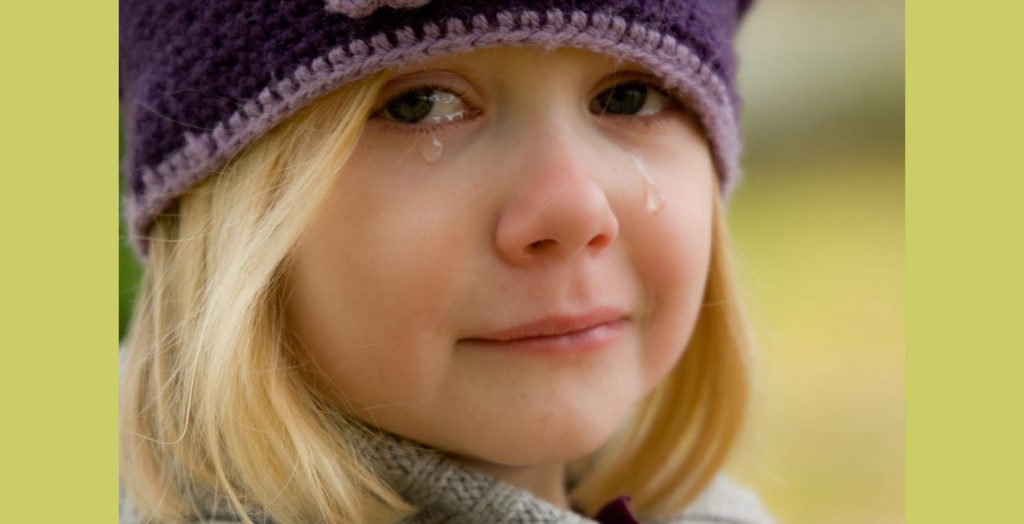 Sarah Bernhardt was a famous French stage actress of the early 19th and 20th centuries, and I grew up hating her. Why? Because her name was used to invalidate my emotions and experiences throughout my childhood.

Allow me to explain.

When I would jam my hands over my ears at sudden loud noises, flinch when somebody tried to touch me, or had shrieking, head-banging meltdowns, I was told I was being “dramatic,” and that I was such a little Sarah Bernhardt.

In adulthood, I eventually confronted those who called me that, and they said the thing that most adults do when you confront them about what hurt you as a child.

So, basically, they layered invalidation right on top of invalidation. I’ll explain something called primary and secondary invalidation a bit later in this article.

The Difference Between Drama and Distress

I’m nearly 40 years old, and times were different for autistic people in the ’80s. Unless there were physical signs of a disability, you were not given any extra help or special treatment.

There were no tools for what would have been considered a “high-functioning” female autistic child. It wasn’t even on the radar, so anything that I did that was considered unusual, dramatic, attention-seeking, etc., was ascribed as such.

In other words, people attached neurotypical motivations to my autistic traits, which, in the end, did an immense amount of psychological damage to me (and so many others like me).

There is a distinct difference between being dramatic and being in distress, and since this is something that many people, regardless of neurology, have difficulty understanding, I will explain by using two fictitious scenarios.

Let’s say a mother is at the grocery store with her 5-year-old neurotypical son. He’s just been told he can’t have the candy bar he wants, so he throws himself headlong into the aisle, screaming at the top of his lungs and beating his fists against the linoleum.

Every few seconds, he opens his eyes (which are completely dry) and looks around to see what kind of reaction his behavior is producing. If his parent ignores his behavior or simply grabs him up and takes him out of the store, he will eventually get over the tantrum he’s having and move on to something else.

This is a neurotypical child who is using an outburst as a tool to get something he wants. He was not legitimately distressed. He was angry, sure, but he wasn’t experiencing any significant emotional or psychological pain.

Also, and this is very important, if his mother says something to the effect of, “You were being very dramatic in there” once they get to the car, the child will most likely admit to the fact because he knows exactly what he Did, even if it wasn’t the right thing to do.

He will not be damaged because of invalidation because he was not being invalidated, he was being called out on his behavior in an attempt to correct it. This is a typical and natural exchange between a neurotypical parent and child.

Now, let’s take an autistic child in the same grocery store, but change the scenario up just a bit. This is an autistic 5-year-old girl. She’s been in the store for over an hour now, walking up and down aisles as her mother shop for groceries.

Her feet hurt, her sweater is too hot, and the tag her mom forgot to cut out of the back of it is digging into her skin like barbed wire, she’s getting overheated, and the constant buzz of the overhead lights sounds like a bee’s nest in her ear.

Impulsively, in an attempt to stop her feelings of distress, she reaches out for a candy bar because she knows it will help her calm down. Her mother responds by immediately grabbing it out of her hand and scolding her.

This is the event that triggers the meltdown.

All of the sensations and emotions that have been building up in the child for the past hour come rushing to the surface, and she begins to scream and sob, and, in an attempt to run away, she crashes into a display, toppling it over and hurting herself in the process.

Shocked and embarrassed, her mother picks her up and tells her to stop being so dramatic, but this only makes things worse because now the little girl is sobbing from the heartbreak of hearing these words and knowing she is still powerless to stop what is happening to her.

Pay close attention to how I worded that:

The child is powerless to stop what is happening to her.

A meltdown is happening to her, and she cannot, even on pain of death, control it. This is not an attempt to seek attention or get something she wants, it is an explosive neurological volcano of emotion and sensation hat has erupted after too much sensory stimuli and discomfort.

A child in the middle of a meltdown will run into objects and even into traffic. There is no thought of safety or awareness of surroundings. There is just the singular desire to stop these horrible feelings.

If this same child is told over and over again throughout her life that she is being dramatic when she has these meltdowns, she will not learn and correct her behavior. She will learn to mask all of her discomforts, internalize her emotions, and become fearful of having physical needs.

Eventually, this will lead to serious and permanent psychological damage.

The concept of primary and secondary invalidation is something I came up with in the process of creating this article.

Let’s say, in our second scenario, our autistic little girl had previously told her mother that the tag on her sweater was bothering her, but her mother dismissed it as no big deal.

Let’s say the little girl then told her mother that she was getting overheated in the store, but her mother insisted she keep her sweater on because “it’s not that hot in here.”

Maybe this child then tried to ease her discomfort by covering her ears or shielding her eyes from the sensory invasion she was experiencing, only to have her mother take her hands away from her face and yell at her to stop.

This is what I call primary invalidation. In other words, the child is telling her mother how uncomfortable she is and doing what she can to avoid a meltdown, but her mother, not understanding that her child is neurodivergent, not neurotypical, dismisses her daughter’s complaints as pleas for extra attention or an attempt to manipulate a situation.

After all this, the child finally has a meltdown. Her primary needs were ignored in a misguided attempt to “correct” her behavior (like the mom of the little boy in scenario 1). Now that she’s in serious distress, she’s told she’s being dramatic. That’s what I called secondary invalidation.

This is why it’s so psychologically damaging.

It’s basically like having a child say that she’s hungry only to be ignored and dismissed all day, and when she finally just grabs food out of sheer desperation, she’s backhanded across the face.

I think I came up with this comparison about 15 years ago in therapy. One day, I said, “It’s like my entire life people were forcing my hand onto a hot stove and then getting angry at me when I screamed.”

That’s what it’s like for someone who is autistic. They already have their hand on a hot stove (the sensory issues and confusion that everyday life comes with on the spectrum), but when they react to it, they are hurt yet again by people who don’t believe them or take them seriously about the distress they’re experiencing, and, in turn, stress them out even more.

Gaslighting is a form of psychological abuse where the abuser makes the victim think they are losing their mind. They do this by telling their victim that they are overreacting, remembering things wrong, or being dramatic, when, in reality, the victim is having a completely justifiable response to what is happening to them.

It’s not that the neurotypical person is trying to hurt the autistic person, it’s that they don’t understand each other’s neurology. They are both speaking different languages and trying to be heard, and they are both failing because they lack the understanding and tools needed to bridge the communication gap.

The problem with this is, even though the non-autistic person is in no way trying to purposefully mentally abuse the autistic person, psychological damage still results, and PTSD often develops from a lifetime of these confusing and distressing interactions.

The bottom line is this: to the non-autistic person, crying, screaming, blocking ears, wincing in pain at certain sounds, or flinching at touch can seem like an overreaction to the neurotypical person observing these behaviors.

After all, non-autistic people do not have the same sensory experiences as autistic people, and, since they only have their own brains and experiences to go by, a neurotypical person may misinterpret these reactions or attach intentions to them that do not exist.

It may be confusing to a non-autistic person that their autistic friend or family member can have such a strong reaction to sensations that they barely notice, but that does not make them any less valid an experience for the autistic person.

The most important thing to keep in mind is that we are all different, regardless of neurotype. When somebody says that something bothers them or reacts to something in a way you don’t understand, believe them and respect it.

Not only will you improve your communications with the autistic people in your life, you’ll be making the world a safer place for both honest communication and neurodiversity.