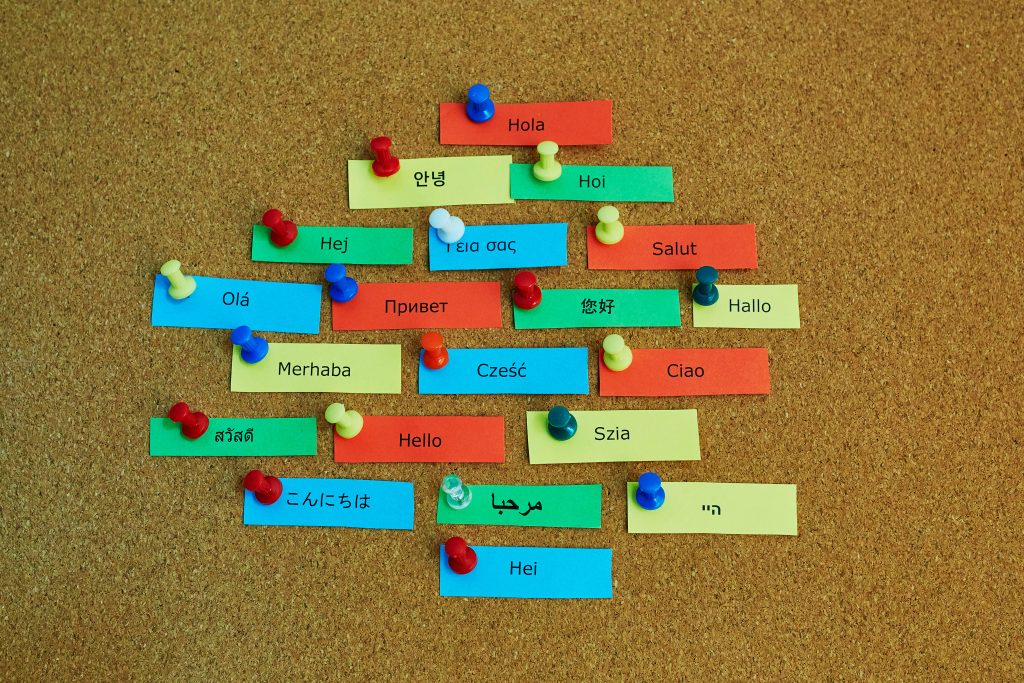 Over the past few months, on my Facebook page, I have been really focusing on explaining autistic as a language that neurotypical people can learn (and vice versa).

The positive feedback this has received has helped me to understand that we need a true paradigm shift if we are ever to get away from toxic “therapies” such as ABA.

First, let’s just take a look at what applied behavior analysis (ABA) attempts to do at its most basic level: Seek out autistic behaviors, discourage them, and then replace those behaviors with neurotypical ones.

Here’s why this will never be effective even if the ABA therapist is the kindest, most compassionate individual on the planet who has absolutely no intention of being harmful or abusive to his/her student:

Autism is not a behavioral condition, It is another neurological language.

Let’s take a look at this from a learning a new language perspective for a minute. For example, if a person who speaks English wants to learn Spanish, they enroll in a Spanish language class.

When they get there, they learn the Spanish alphabet, words, basic phrases, etc. They also learn the “whys” of the way they are expected to speak in order to have effective communication with native Spanish speakers.

So, continuing with this analogy, let’s say a man named Eric is enrolled in a Spanish language class. Part of his learning will include how to say different words in Spanish, what they mean, how they are used in a sentence, and where to put emphasis on syllables, so the person hearing Eric speak will understand him and vice versa.

Now, let’s say Eric is being trained how to say the word “dog” in Spanish, but in a similar way that an autistic child is trained to speak neurotypical. In other words, Eric’s Spanish language class isn’t the typical instruction we’re used to; it’s designed like ABA.

The Spanish word for dog is “perro.” Now, the Spanish word for “but”–as in “however”– is also “pero,” but it’s one “r” instead of two, and the only way you can tell the difference between them is by a slight roll in the “r” when the word is spoken and from the context of the sentence.

Everyone around him may have a good laugh, but Eric won’t have the first clue what’s going on unless he is told.

(Now, the Spanish word for butt, as in rear end, is nalgas. Or, at least that’s the polite term. There are others. I figured you might want to know that to avoid further confusion.)

Anyway, if Eric is told he cannot use the word “dog,” and he must use “perro,” but he is not given any spelling, context, sentence use, or anything else and just told to use that word, he’s going to get it wrong, and he’ll have no understanding of why people are reacting to him the way they are when he goes out into the world and tries to use the word in a sentence.

If an autistic child is in ABA training, that child is going to learn to do and not do certain things, say and not say certain things, but since they aren’t told the meaning and reasoning behind what they are doing/not doing and saying/not saying, they will be just like Eric trying to say “dog” in Spanish (if his Spanish language class was designed like ABA).

Sometimes, Eric will get it right. He’ll point to a canine and say “perro,” and it will be correct.

Other times, he’ll mention a dog that isn’t in the room and say he loves it, and it’s going to sound like he’s saying he loves his butt, because even though he was told the word itself, he was not given the correct spelling or context of the word or even told that there is another word in Spanish that sounds just like the one he is using for dog– only it means something completely different.

If his Spanish language class was designed like ABA, he would only be verbally told that “dog” is wrong and “perro” is right, and that’s what he is expected to say from now on.

That’s not enough information. Simply pointing to something and saying the word in the preferred language doesn’t create understanding.

Furthermore, having someone say the word or phrase because they are mimicking you in order to avoid punishment doesn’t indicate understanding, either. It only indicates that they don’t want to be punished.

A parrot can mimic. It doesn’t mean that if you had one, and its previous owner taught it to swear that when it swears at you, it’s suddenly taken a dislike to you or trying to be rude.

The parrot is just repeating what it was taught!

And, if you were an abusive person, and you smacked the parrot across the beak for “swearing at you,” it would have no idea why you just did something like that in response to it speaking, when you would usually reward it and give it treats when it did the exact same thing before.

Now, just for clarification. I’m not saying that autistic people are parrots, dogs, or any other animal. Unfortunately, though, this is how we are being treated and trained by ABA.

This is why ABA is so ineffective even at its very core. Even if you take the abuse out of it for a second, the premise can’t work because all it’s doing is teaching a native autistic speaker to speak neurotypical, but without any other clues or context other than, “Say or do this, or you will be punished, or you won’t get a reward.”

That is not teaching, that is training. What needs to happen is teaching, and that goes for not just neurodivergent people, but neurotypical people, too.

The Ideal Classes for Autistic and Neurotypical People

Once these foundations were put into place, then, and only then, would both neurotypes be able to sit down with a teacher of the opposite neurotype to learn how to compromise and integrate the two languages.

In these new classes, instead of telling the autistic person to stop stimming, stimming would be completely acceptable and understood because neurotypical people would understand the important and in-depth meaning behind stimming.

Furthermore, instead of telling the neurotypical person to stop hinting instead of speaking directly, hinting would be completely acceptable and understood because the neurodiverse person would understand the important and in-depth meaning behind hinting.

Autistic and Non-autistic are Not “Conditions,” They’re Languages

Neurotypical people are the majority in this world, but if the roles were reversed, and neurotypical people were the minority, would any neurotypical person (or their child) want to be given rewards and punishments for stopping their natural behavior and trading it in for something completely foreign to them? No. The concept would be unthinkable!

Imagine if there were ABA-like classes for neurotypical children where they were punished for using facial expressions instead of words, or hinting at something instead of saying it directly, or speaking in metaphors instead of being literal. That would be pure torture and completely unfair!

And that’s exactly what ABA is for autistic people: pure torture and completely unfair.

Once we start framing our neurological differences as languages to be learned instead of deficits to be fixed, we will be well on our way to a happier, healthier, less-traumatized society.

More articles about: autistic as a language