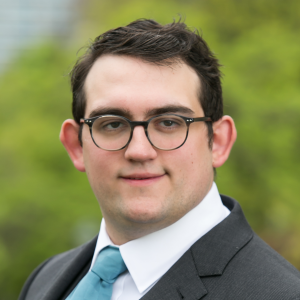 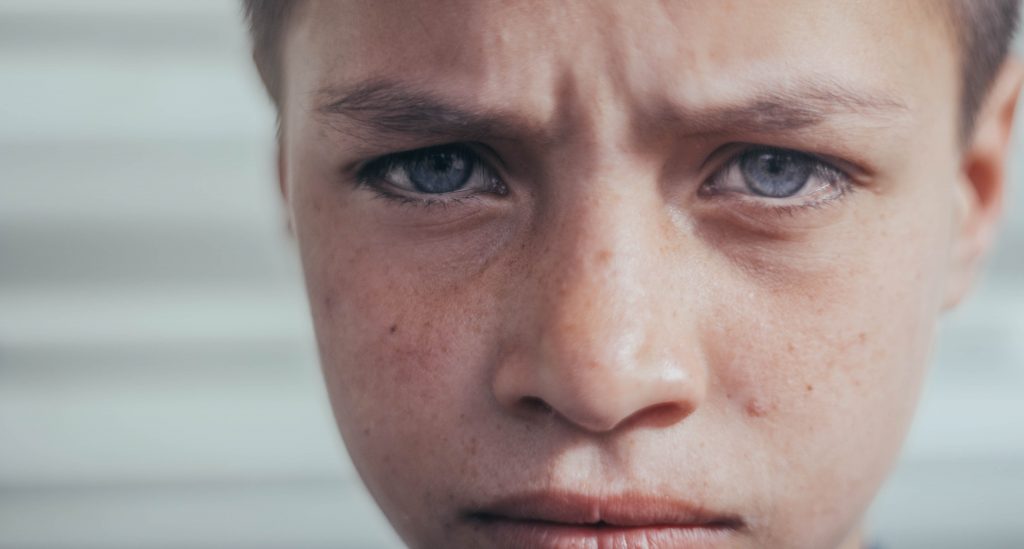 Resignation. “The acceptance of something undesirable but inevitable.”[note]https://en.oxforddictionaries.com/definition/resignation[/note]

I believe resignation is the saddest emotion one can experience, and it’s almost as sad to witness it in someone else as it is to experience it firsthand. With anger, there is a sense of sadness but also of hope, since we sense the possibility of change and recovery. With sorrow, there is an element of sadness, but it is in contrast with a state of happiness; we cry because we feel the pain of losing happiness, but in order to feel this we still must remember the happiness and feel some hope of regaining it. Resignation, however, is a stage beyond sorrow where we’ve forgotten what happiness feels like, we’ve lost hope of regaining it, and we face something–an experience which should make us angry or sorrowful–with simple indifference.

Resignation is the emotion I sometimes feel when I think about bullying. Bullying is the act of hurting someone else simply for the sake of hurting them. It is cruel and sadistic. It serves no particular purpose other than to make the victim feel worthless. Human beings can be so fragile emotionally and need love and support, so to not only withhold love but to actively target a person’s core sense of self-worth seems about one of the cruelest things you could do to a person.

Bullying leads to a sense of resignation precisely because of how senseless it is. It’s not like a crime of desperation or a hot-blooded assault where you can kind of rationalize (even without justifying) why the person did what they did; nay, bullying is more akin to cold-blooded murder where you’re left with no answers and just a vacant, gnawing sense of grief.

When I first encountered bullying as a 3-year-old, my response was to treat it as an annoying problem, but not one which was insurmountable. So the kids wouldn’t let me play blocks with them. So they would walk away whenever I tried to join in playing cars. So they would yank the chair from under me at circle time causing me to fall on the floor. Every time it happened, I registered disappointment and frustration, but I would eagerly try again next time or tell a teacher about it and get some help. It wasn’t so sad. It was a puzzle, and I just hadn’t found the solution to it yet.

But puzzles are only fun if they actually have solutions. By kindergarten and up to grade 3, the puzzlement turned to anger. I thought I’d learned how to play with others, and yet whenever I tried to apply a lesson it would fail. Kids whom I’d thought were friends would denounce me rather than stand by while I was attacked. Still a no-go with the blocks. Sometimes I wanted to cry, sometimes I wanted to lash out and hit people. But at least I felt something.

I showed up to grade 4 with the hope that as we were all now more mature, the bullying would end. But I was so wrong. It didn’t end, it became more creative. It involved playing long, drawn-out mind games and luring me into traps. It involved inviting me to play but then ganging up on me to make sure I never felt like part of the group.

This was the norm until grade 6. In those 3 years, I had my most intense meltdowns. They weren’t normally violent, they just involved a lot of screaming, rolling on the ground, and running away. The kids chipped away at me like expert sculptors until my flesh was too raw to take any more, and I would explode. By this time, my anger had transformed into desperation. I’d lost hope in ever solving the puzzle of playing with others. I’d given up on the teachers who never punished the bullies but always punished me for having a meltdown.

They say sticks and stones may break my bones but words will never hurt you, and I really tried not to let them hurt me… but that nursery rhyme doesn’t account for ostracism. Ostracism, being shunned from a group no matter how hard you try to get along, hurts a hundred times worse than being physically beaten up.

Grade 7 was another fresh start, marking the beginning of secondary school where I’m from. I thought I could put primary school behind me and start over with my new, mature friends. My hopes were quickly dashed. Even though I went to a school quite far from home where nobody knew who I was, and it happened to be a school specializing in academics where I thought I would fit in. My overtures of friendship were largely met with rejection and disgust. You can never forget that particular facial expression. When you almost catch a glimpse of pity in some guy’s eye before he shoves you backwards and says, Stay away from me, creep.

Sometime between grade 7 and 8 is when the feeling of resignation finally started to settle in. I’d given it the ‘old college try’ as it were, but this whole friendship thing just wasn’t going to work. After that when kids pushed me around in the hallways, I didn’t even try to fight back. I’d just go limp and allow them to do their worst. If someone stole my prized fountain pen or electronic gadget, I no longer retaliated. I just let it happen as if it had blown away in the wind, and thought to myself I’ll have to replace it at some point. When I was slammed against a locker, I disassociated from the situation and solved computer algorithms in my head. There really is no other sound quite like that of a body being smashed against a school locker.

That period of my life was very depressing. I had several shutdowns. My parents may have thought I was trying to play hooky, but I physically didn’t feel capable of getting out of bed some mornings because of the fear and anxiety of what I’d face at school (combined with my sleep deprivation).

I engaged in petty theft and other random acts of delinquency purely as a last-ditch attempt to reclaim some control over my life. I could have easily killed myself in that time, yet by the grace of G-d, I made it through to the other side. I did at least have a couple of friends during school so things definitely could have been worse.

Of course I have have grown and matured a great deal over the years, and I have since found friendship among all the other misfits. But I still carry with me that resigned and depressed 14-year-old.

The other day I read the account of a woman who had witnessed her autistic 3-year-old son being bullied. She looked on in horror as the tyke took his hotdog over to join two other kids, only to watch those other kids push the hotdog off the table and get up and leave.

I can only imagine in that moment, that little boy may have felt very puzzled. He may have felt like he must be doing something wrong, and if only he could discover the key, he could eat lunch with other kids and not be rejected. As I read her story I felt sympathy for the boy, but I also felt creeping resignation. Another kid, filled with hope, setting off on a journey without a resolution, and there’s no way to change it because the adults are either unable or unwilling to do anything about it.

The boy’s mother wipes off the hotdog and sits with her son while he finishes eating, his face screwed up in confusion, the cogs of his young mind almost visibly churning to find a solution. A parent observing their child being bullied might feel anger, might instinctively want to ‘get revenge’ on the bullies and their parents, but of course physical violence wouldn’t solve anything. It would perpetuate the problem by showing violence to be acceptable. But when I see this, I feel nothing. Because that’s what resignation really is. It’s the absence of other emotions, the place where something is so senseless that it eludes reason and short circuits the brain’s emotional response. I can’t help but sense a chilling emptiness in my chest.

But we must fight against resignation. Allowing creeping resignation to overcome us is how we lose our humanity and lose any hope of progress. We are the adults and we have the power to make change for the better. We mustn’t stand by while kids and adults alike inflict cruelty upon each other.

Bullying is pervasive and pernicious, and it certainly doesn’t end at convocation. With the emergence of the Internet, bullying has taken on new and elaborate forms. I hardly need to mention the bullying rampant in contemporary politics (and yes, it’s wrong regardless of which “side” it comes from). Bullying is nothing less than a fundamental failure to treat others as moral agents deserving dignity.

It is our duty to spread love and kindness. To elevate the downtrodden and make friends with the friendless. To refuse to accept bullying and meanness as a fact of life. We mustn’t be duped into thinking everything is a shade of grey–there is true evil and there is true goodness in the world. Only by resisting resignation and moral relativism and clinging to goodness can we overcome the shadow of evil.

If there’s a young person in your life who faces bullying, extend a hand and make sure she knows that you care and knows you believe in her. If you know a bully, don’t just be complacent. Speak up and call out their wrongdoing. Who cares if you get told to mind your own business?

I don’t know if it makes any rational sense to keep on hoping for progress, but I shall not believe otherwise. Because the alternative would be too depressing, and it isn’t worth considering. You may feel your random act of kindness is pointless, but you’ll have to trust me that it’s not. Be brave, and never underestimate the power of true goodness.