Blind and Autistic: How Dueling Disabilities Makes Me a Bridge 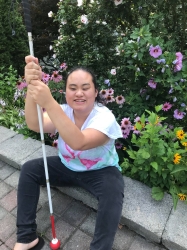 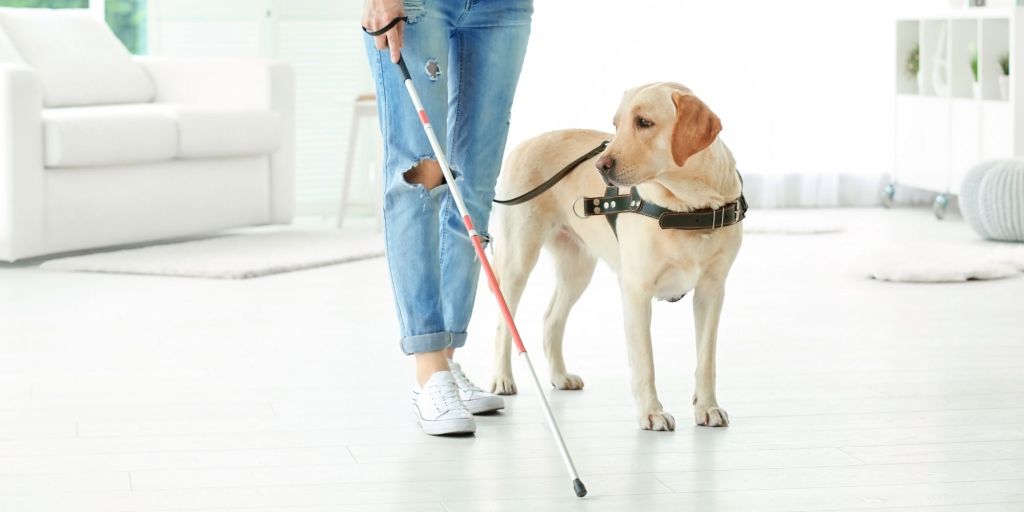 When people interact with me for the first time, they know that I am Blind.

Maybe because it’s quite obvious that I have uncontrollable eye movement; maybe it’s because they see me feeling around for stuff as I’m navigating around the environment. People can still do a lot of things, even with their eyes closed. I can hear and talk just fine.

But one thing that people do not notice is my autism.

If you were to sit and talk with me for just five minutes, you may never guess that my brain processes things differently, or that I have trouble communicating what I mean. But there is a lot more to figure out about me than just the fact that I can’t see, and being autistic is one of them.

I am adopted by two dads. I grew up with quite an atmosphere of Blind people, since I was the fourth Blind child in my biological family. The four of us had a teacher of the visually impaired and we saw an orientation and mobility specialist from the very beginning.

Orientation and mobility is a type of training for blind and visually impaired people to learn how to travel independently using nonvisual techniques. They worked with the four of us throughout the day during public school, and on weekends and summer breaks we went to many blindness programs.

So I had a lot of exposure to the Blind community because of my biological blind siblings, their friends, and my peers at the summer programs we went to. It’s logical to think that I was pretty lucky, and in lots of ways, I was. But I often felt lonely in a crowd standing in a room full of people who were already different, realizing that even other Blind people were speaking a different language to me.

Being around other Blind people felt like being in a foreign country, even though I’m Blind, too. At the Blind programs, I was always the only one not getting it when we did group activities or had group conversations.

Plus, they were often challenged with my odd affinities and behaviors. But my behaviors were due to not knowing how to communicate my needs. Me being fresh was the frustration of not being able to meet the neurotypical expectations put on me.

It’s one thing to know what you want to say. What’s hard is not having the words to say it. Therefore, I manifested as a Blind girl who was disrespectful and had behavior issues that needed to be fixed. Everybody knew that I was autistic, too, but it didn’t always occur to them that my autism is significantly more impactful than my Blindness.

I think it’s fair to say that being blind forces you to rely on your other senses.

I wouldn’t say that our hearing or memory is better, just that we have to rely on them a lot more. But the components of my autism can work against the tools that Blind people typically find very helpful. For instance, the way we watch television is that we use something called audio description.

Audio description is when a narrator describes visually what’s going on in the television program and they will speak in between the dialogue: “Drew walks across the street.” But there’s just so much to pay attention to, and it’s so overwhelming. Movies and shows are too fast for me. I have trouble following them. And when there’s background noise, I can’t make out what is being said.

Often on television, I hear “A hog is ocking in the eat,” instead of “A dog is walking in the street.” No worries! My hearing is fine. I have already tried turning up the volume to the highest. It’s a matter of things sounding more garbled than they actually are. I can hear them talking, but my brain has trouble making out what is being said.

This is a component of autism known as auditory processing disorder. It’s like not knowing how to filter out the background sounds. That, on top of television being very fast paced, and then consider the fact that I  can take things literally or not understand what things mean. I use a Braille device called the Braille Sense Polaris, which works like a tablet. When I plug it in to the TV, I’m able to view the closed-captioning in Braille. It is a great big help; but still very fast paced.

We have had quite some success in accommodating those with physical disabilities, but it’s very important to consider that there are more things going on, especially things we cannot see. I feel that a person’s autonomy and how information gets in could be taken more into consideration when working with them. After all, it is often that our most invisible struggles have the bigger impact.

Since the ways that people process information are infinite, it troubles me how much we put each other into boxes without asking enough questions. I know quite a few people like myself who are hungry for knowledge, but with dueling circumstances that contradict each other, they don’t know how to find it. And then they end up manifesting as someone who just doesn’t try.

One of the things I love about my favorite singer, Kane Brown, is that he adds pop elements to his country songs. In his early years, people who listened to country music were challenged by him and his ideas. They felt that he was taking away the traditional elements of country. But the way that I look at it is that his target audience is modern kids who do not know how to appreciate country. He is not just a country singer, and he is definitely not just a pop singer.

Do you often feel like you belong in multiple worlds and don’t identify with any of them? What two worlds are you stuck in? Do you want something, but you just don’t know how to get it because the means to get there don’t work for you?

You are not alone, even if you feel odd in a room full of other weirdos. Maybe you were put on this earth to make a change that is inclusive to all kinds of weirdness, even for people who have more than one kind of weirdness. You are a bridge because you have one foot here, and one foot there. You understand multiple perspectives at once, for the whole is greater than some of its parts.

lavenderdarcangelo
Through music and writing, I want to speak on the behalf of those with multiple disabilities, or more than one kind of disability who do not fit into any particular mold. If you like my writing, you can leave me a tip at
ko-fi.com/lavenderdarcangelo8529lavender.

Latest posts by lavenderdarcangelo (see all)