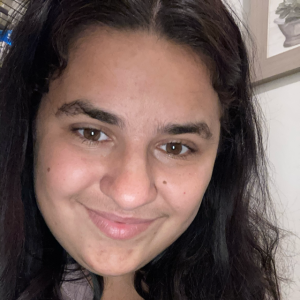 It was April of 2019. I had left my parents to start a new life. It wasn’t terribly glamorous, but I was supposedly living life to the max- making new friends, hanging out, occasionally partying- what more could I ask for? After a lifetime of being told that my autistic side would fuck my life up I had finally defied the odds- I was free as a bird and enjoying it all. Life was working out for me.

It started with an innocent run-in at a convenience store. The usual pleasantries, exchanging contact information in the form of social media platforms. Within a week of seeing him, I was convinced we belonged together– we shared the same faith, we loved hanging out, and each of us felt like we completed each other.

I ended up moving in with this man who lived with his immediate family and made ties instantly. A couple weeks later, on my birthday, he proposed to me.

I was on cloud nine.

Little did I know, it wouldn’t stay that way for long. For the record, the man was a self-confessed undocumented immigrant. Also on the record, I was extremely trusting to the point of being naïve. The first fact alone should have caused me to question his intentions, but in the spirit of the moment, I was too happy to care.

Fast forward a couple months. I’d become more than just a potential family member. My fiancé’s mother had seen fit to burden me with all the housework, despite the fact I was working two jobs to pay the rent. My free time was severely restricted, my phone monitored daily, and for slight accidents/offenses I was slapped or kicked.

Like an easy mark, I attributed it to my growing ignorance and my autistic side, spurring an extensive search for ways to improve on what I had previously considered was my best behavior. After spending time with my family, he proposed we try for a baby.

After striking a promise that we would be married properly in a church, I consented, but as we’ll see, it did very little to rectify our problems. A month later, I was coerced into a civil marriage by his mom because, “I want my son to be legal.”

December came rolling around. Any pretense of a perfect relationship had long since flown out the window. I was still being scolded for the littlest things, as well as being punched, slapped, and kicked anywhere but my uterus.

I continued to spiral downward because I attributed it to my growing pregnancy-induced carelessness. Even when I was brutally sodomized, I didn’t want to report it– we still loved each other, right?

January 24th, early morning hours. My husband and I had just wrapped up watching a movie and were drifting off to sleep when a normal thing happened. My phone dinged with a text.

Before I could properly react, he’d grabbed the phone out of my hand to check for himself. What happened next, as they say, decided the fate of nations. I’d gotten a text from a girlfriend of mine who I’d worked with, but my husband scrolled to other messages and saw that I’d asked for rides from another friend I still kept in touch with.

The customary slaps and punches came almost immediately, followed by something far more sinister. By that point I was already several months pregnant and showed quite a bit.

He deliberately hit me with a closed fist, twice, in the general area of the uterus.

After several unsuccessful attempts to de-escalate the situation, I was delivered an order– to leave the house when I woke up. I wasted no time packing some clothes into a bag with my important documents and what I assumed was left of my dignity.

After calling my parents and some friends (keep in mind it was around 3-4 in the morning), I found the courage to press charges against a man who never loved me or wanted me for myself– only for his personal gain and glory. He was a man who had known my most intimate secrets down to my disabilities and played them to his sick and twisted advantages.

In the end, I successfully placed a restraining order against him, thus saving me and my baby from a lifetime of suffering and abuse.

If anyone reading is going through this, please know you’re not alone. You’re never alone. And just because someone labels you lazy or incompetent because of your disabilities does not immediately make you those things. Hope and help exist, and there will always be light at the end of the tunnel.

If you find yourself in a situation that is abusive, it’s a good idea to have a plan in place in case you need to escape. If you have a friend or family member who is safe, let them know you’re struggling and may need help with temporary housing and a sudden escape.

There’s an app called Noonlight you can download that allows you to quickly and silently alert authorities to your exact location using GPS.

Crisis text line is accessible for people who can’t speak reliably during a crisis or for people who need to remain quiet. This is available in the US, Canada, and the UK.

In the UK, Clare’s law allows people to anonymously inquire to find out if their partner has a history of domestic violence. There’s also the National Help Line.

In the US, there’s a directory searchable by state of resources for women experiencing domestic violence. Many of these resources are available for nonbinary individuals as well.

Futures Without Violence is set up with a wealth of resources to specifically help people experiencing violence during the COVID-19 pandemic. 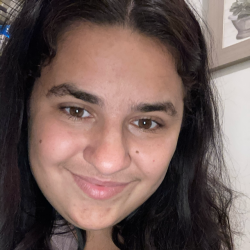 Latest posts by creationgal (see all)