AUTISM: Genetic Disorder Or A Prelude To Genetic Evolution? (A GE-POA View Point) 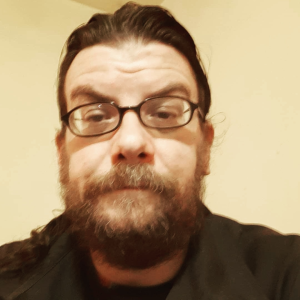 Editor’s note: the content of this article reflects the theories of the author and not of The Aspergian as a publication. As genetic evolution is outside the expertise of our editors, we are unable to confirm or deny if these theories are in line with evolutionary science; however, the author has stated that these are his personal theories, and the underlying message has value for consideration and social awareness.

Since 2017, when I was first informed that I had been diagnosed with autism, one of my personal #SpIns (special interests) has been autism itself. I have been trying to understand what it is, how it affects us, and why.

One theory I have been mulling over is that it seems that all autistic people are naturally born with some higher physical, mental, or sensory capabilities beyond that of non-autistic people. Some of these capabilities are obvious, but most are hidden and we use them by instinct without realising that they are there.

For example, there is the capability of POA (perceptive observational analysis) that I recently published an article about. I have had a lot of comments from autistic people thanking me for helping them understand how and why their minds think the way they do.

Of course, POA is just one of these hidden capabilities. There may be many others we use and don’t realize we are using until someone manages to identify them.

More often than not, power has a price.

I did mention this old saying in my first article, and therein lies the greatest problem for autistic people. It seems that at this time, the human body and mind hasn’t evolved enough to handle these capabilities correctly, at least not yet. For this reason, the body and mind can be totally overwhelmed and overloaded by them.

This can cause all sorts of problems, difficulties, and even debilitation because the brain has finite neural resources — so there’s only a finite amount of resources that these higher capabilities can use. When resources are diverted to one area of function, others may weaken.

As I wrote in my first article, the capability of GE-POA can sometimes commandeer and debilitate the parts of the brain that are normally allocated for navigating in the real world. If our cognitive resources are unevenly distributed to visual perception and working memory, then those parts of the brain designated for speech might not be as connected, causing it to be difficult or impossible to speak.

If an advanced ability commandeers the parts of the brain that are normally allocated for physical motor control, then you may find yourself with little or no control over your own body.

These visible, obvious weaknesses may be what cause many to have the belief that autism is a disease; however, it may be that the difficulties, problems, and debilitating aspects are just unpleasant side affects of being autistic.

Now despite the difficulties that come with these capabilities, they should not be ignored or downplayed. Instead, autistic people should try to learn to harness and control them. Like take for example those with hyper sensory sensitivity like The Aspergian founder, Terra Vance, has.

Hypersensitivity can cause many sensory problems, but it may also empower someone with sensory gifts. For example, one autistic woman saved a building full of people from a gas explosion because she could feel the difference in air pressure.

People have been writing about autistic abilities for a long time as if they’re fiction. There is a world-famous comic book hero that has senses in a similar way to autistics. The name of this hero:

There was an iconic scene in one of the earlier Superman movies where he is flying above the earth, using his hyper-acute sense of hearing to listen to all of its sounds. Though the hyper sensitive sensory capabilities of some autistic people are not as powerful as Superman’s, their life experiences have a lot of similarities.

If anyone has seen the origin stories of Superman, they would know that when he was young, he suffered from what all autistic people with hyper sensory sensitivity would recognize as sensory overloads, but over time he learned to harness and control them for his and others’ benefit.

But even though he could better control his sensory differences, that didn’t stop his enemies from trying to attack him through his vulnerable spots. I still remember the scene in the first Superman movie that starred the late Christopher Reeves, when Lex Luther first contacted Superman with a powerful high frequency tone– and you can clearly see him react in pain.

An old saying that I know is, sometimes you have to take the bad with the good, but the reverse is also true. Yes, autistic people with hyper sensory sensitivity will always have sensory problems, but if you can learn to harness and control them, imagine what you could do. You would be able to see, hear, taste, touch, smell things that others could not, abilities which could benefit yourself and others.

If there was a short in an electronic device that electrified its outside, it would give off a hum that an ordinary person may not be able to hear; however, an autistic person with hyper sensitive hearing could hear the hum from a distance and give a warning of the danger. They may even be able to sense the electric field.

Autistic hyper sensitive smell may not be as acute as a dog’s, but it may still able to pick up the chemical smell of explosives or illegal drugs in the air. Hyper sensory taste could help you become a masterful chef.

It won’t be easy, but doing anything worthwhile never is, because it could be beneficial to you and so many others.

Hyper sensory sensitivity is just one of the higher capabilities of autistic people have that we know of. There are many others like perfect visual memory recall (photographic memory), perfect all-sensory memory recall, hyper energetic memory (learning through physical activity), POA, F-POA, GE-POA, and quite a few others. And these are the higher capabilities we have defined. There may be many more we don’t know of but use instinctively without knowing they are there.

After all, evolutionary processes don’t happen overnight. It could take thousands, if not tens of thousands, of years for animals and humans to evolve; and though autism has only been identified over the last century or so, we know that autistic people have existed for centuries– we just didn’t have a name for it.

Now if evolutionary processes are continuing to happen to humanity, then this is an amazing time for mankind. Think of all the achievements of mankind to date. All the music, art, literature, science, medical understanding… we’ve split the atom, gone into space, sent probes far off into space, cured forms of cancer, and all this was done with humanity for most of its history just having access to the capabilities of Homo sapiens. And if this is part of the evolutionary process, then new capabilities are being born into humanity that we never had access to before.

So what new levels of development could we reach, and how much further could we go?

Because history has shown at times that when a leap forward in any field or subject occurs, it often has someone who is deemed or suspected of being autistic at the center of it. Musical composition (Wolfgang Amadeus Mozart), radiology (Marie Curie), electronics (Nikola Tesla), physics (Albert Einstein), art (Van Gogh), and environmental protection (Greta Thunberg), to name but a few.

Theorists have made predictions about human evolution and how it looks. Hintze, Olson, Adami, and Hertwig (2015) posit that natural selection is pushing humans towards more risk aversion and Santos and Rosati (2015) hypothesize that humans are evolving towards decision-making that is more rational than emotional.

In this article by Emma Young (2016), the prevalence of increasing sensory sensitivity and its relationship with autism and other neurodivergence is explored and summarized according to multiple theorists and studies as a potential evolutionary process that requires more interdependence than dependence.

Researcher and author Thomas Boyce, in his book The Orchid and the Dandelion, makes the analogy that most children (80%) are like dandelions who perform essentially the same everywhere regardless to the environment’s conditions; however, sensitive children (autistics and those with sensory sensitivities) are more like orchids in that they are fragile and do poorly in difficult environments, but with the right support and environment, they can outperform dandelions.

Boyce maintains that orchids are not failed dandelions, but that they are just a different kind of flower– and they may be an indication of natural selection towards traits that contribute positively to humanity.

Of course, evolution happens so slowly for species as complex as humans that we can only conjecture about whether what might look like frailty is actually the beginning stages of a new normal that helps humanity adapt to changing times. Bozek, et al., (2014) note that humans rapidly lost strength and musculature in order to provide more metabolic resources for cognitive processing (brain power).

While we may think of “survival of the fittest” as selecting in favor of the biggest, fastest, and strongest, the path of human evolution is much more complicated. Even food allergies (Nabavizadeh, Nabavizadeh, Anushiravedani, 2016) are evolutionary responses that have allowed for humans to develop immune responses that protect against toxic colonization and deadly parasites.

What I would ask people to do is to keep an open mind about autism and what it might be. Whether or not autism is a part of complex evolutionary processes or not, non-autistic parents of autistic children should never think of their child as a burden but as a child who is developing differently– maybe even in ways that contribute to human survival as a species.

And because it took the combination of the genes of both parents to create a child, that means you might also be a part of the evolutionary process. So instead of framing autism as a disease and autistic people as only the sum of their weaknesses, food allergies, and disabilities, understand that like Boyce’s orchid analogy, this might be more an indication that the environment and conditions need to change– and not the species.

To all other non-autistic people: Though we and our capabilities can be beneficial to all the world, please don’t consider autistic people valuable just because of our capabilities, because that would be dehumanizing us. Where your resources are mostly balanced, ours tend to be strong in some areas and weak in others.

If autistics and other neurodivergent people are evidence of evolution, then reason would suggest that accommodating for neurodivergence provides insight into the steps needed for the human species to survive.

Could this mean that the health of the species is pushing us towards interdependence over independence? Does humanity need to focus more on working together to support areas of weakness while empowering people to maximize their strengths? 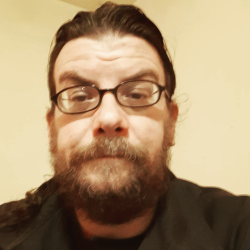